Everything you need to know about the Reason Rally 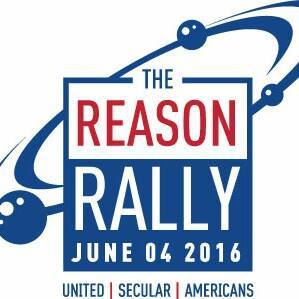 We invite you to make your plans now to attend the June 4 Reason Rally at the Lincoln Memorial in Washington, D.C., being sponsored by a coalition of secular groups, including the Freedom From Religion Foundation.

The world's largest gathering of nonbelievers and freethinkers will get to hear some of the most well-known freethinkers in the country, including Bill Nye, Johnny Depp, James Randi, and of course, FFRF's own Annie Laurie Gaylor and Dan Barker. Plus, depending on your preferences, you'll have a chance to meet with congressional members, have a gala dinner with some of the stars of the event, and attend a post-rally dance.

Hotel rooms reserved for Reason Rally participants are still available, but please book now because the special rates are only good through mid-May.

LOOK FOR FFRF AT EVENTS 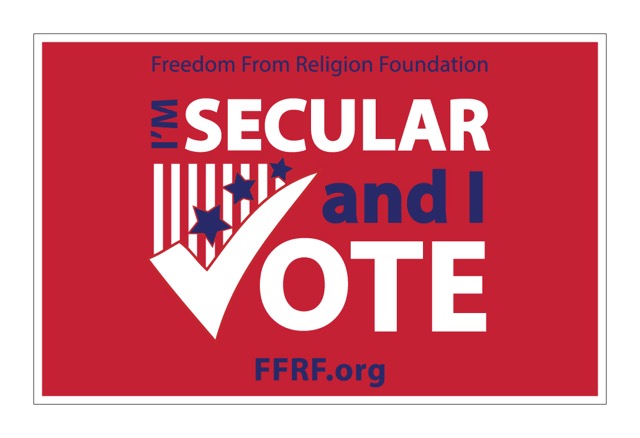 FFRF Co-Presidents Gaylor and Barker will be speaking briefly during the Saturday Reason Rally. FFRF staff and volunteers will be there to greet you in the big tent featuring booths for all the sponsoring groups. We'll have free placards (see graphics), stickers saying "I'm Secular and I Vote" and "Friendly Neighborhood Atheist," and keepsake plastic bags, with the phrase, "Unabashed Atheist: Not Afraid of Burning in Hell" to hold your Reason Rally goodies. Also, throughout the day we'll put out some free swag while it lasts, including sunglasses and a fan (saying "Fan of Reason") in case it's hot. FFRF will also have a table at the donation tent.

We'll have a special photo op for you with our new "Unabashed Atheist: Not Afraid of Burning in Hell" cut-out banner, so be sure to have a camera or smart phone on hand for a photo souvenir! 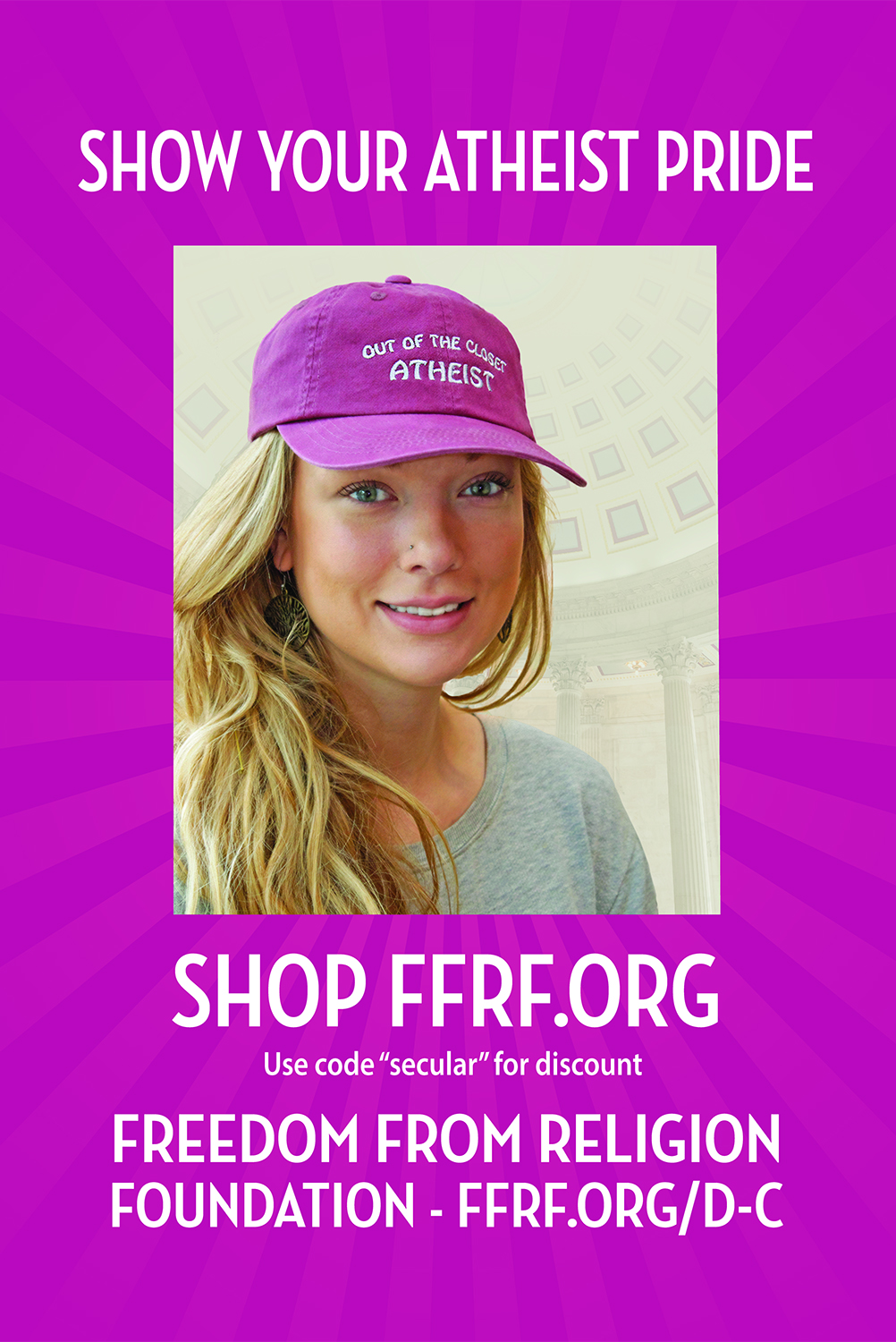 In D.C., look for FFRF's presence in special advertising on kiosks in front of BikeShare and parking garages (see samples in this email), and wrapping two commuter buses, as well as a full-page Washington Post ad on Sunday, June 7. Advertising will be promoting FFRF's "I'm Secular/Atheist & I Vote!" election-year theme. The Post ad will be highlighting FFRF's new lawsuit challenging censorship of an atheist (FFRF's Dan Barker) from delivering an opening invocation before the U.S. House.

We will be offering items for sale at Saturday night's post-rally events, and during the mini-convention the next day. 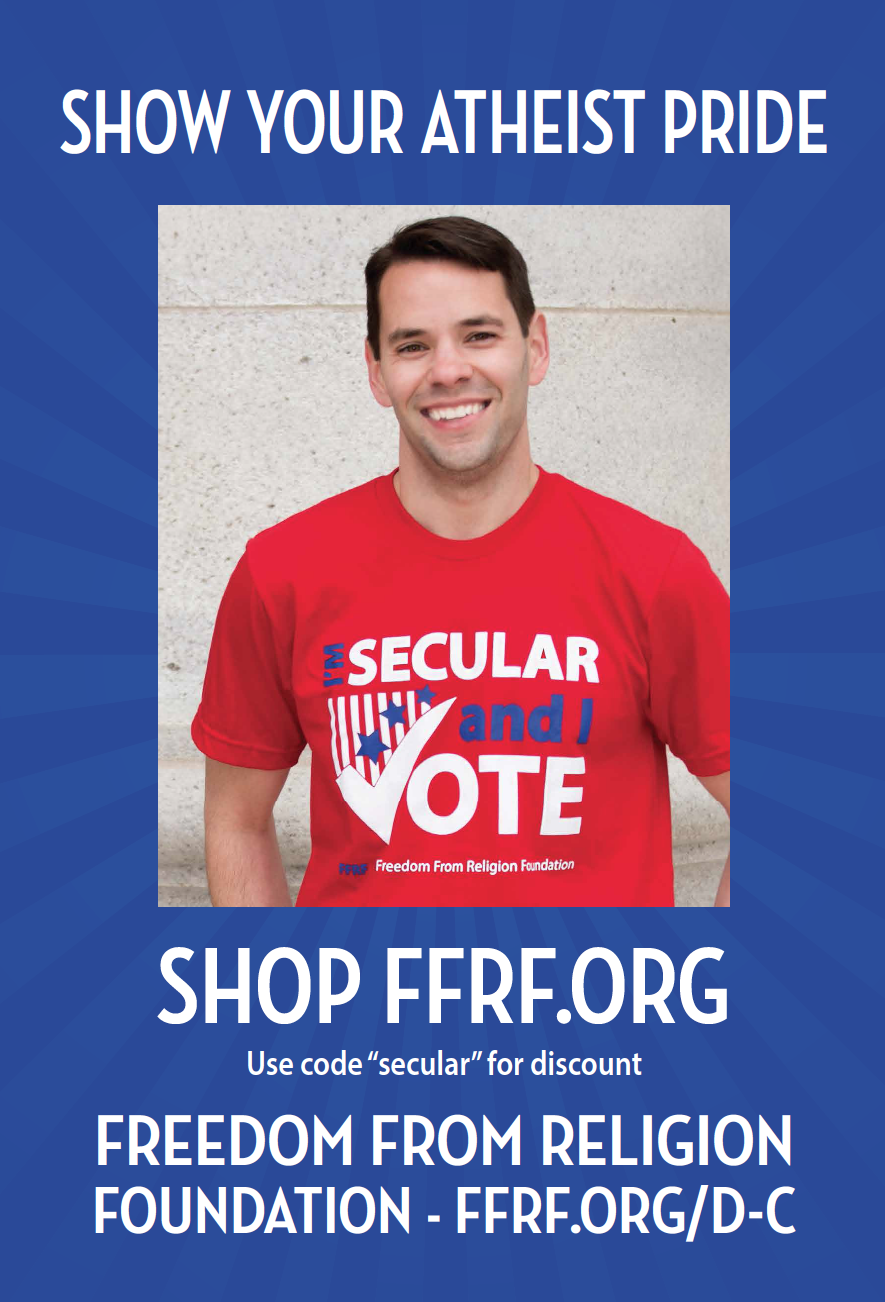 The Reason Rally will feature more than 40 speakers and entertainers throughout the day, including such notable secularists such as Bill Nye, Penn Jillette, Julia Sweeney, Method Man, James Randi, Yvette "SciBabe" d'Entremont and Eugenie Scott, to name just a few. While specific speaking times have yet to be determined, check out this list for the full line-up of speakers. The times are expected to be announced next week.

On Thursday and Friday, you can take part in the Advocacy Days ($20 each day or $35 for both) via the Secular Coalition of America, and meet with your legislators on Capitol Hill. We're scheduling visits with every single one of the 535 congressional offices – so we need you! In-person lobbying from constituents is still the most effective method for reaching elected officials. 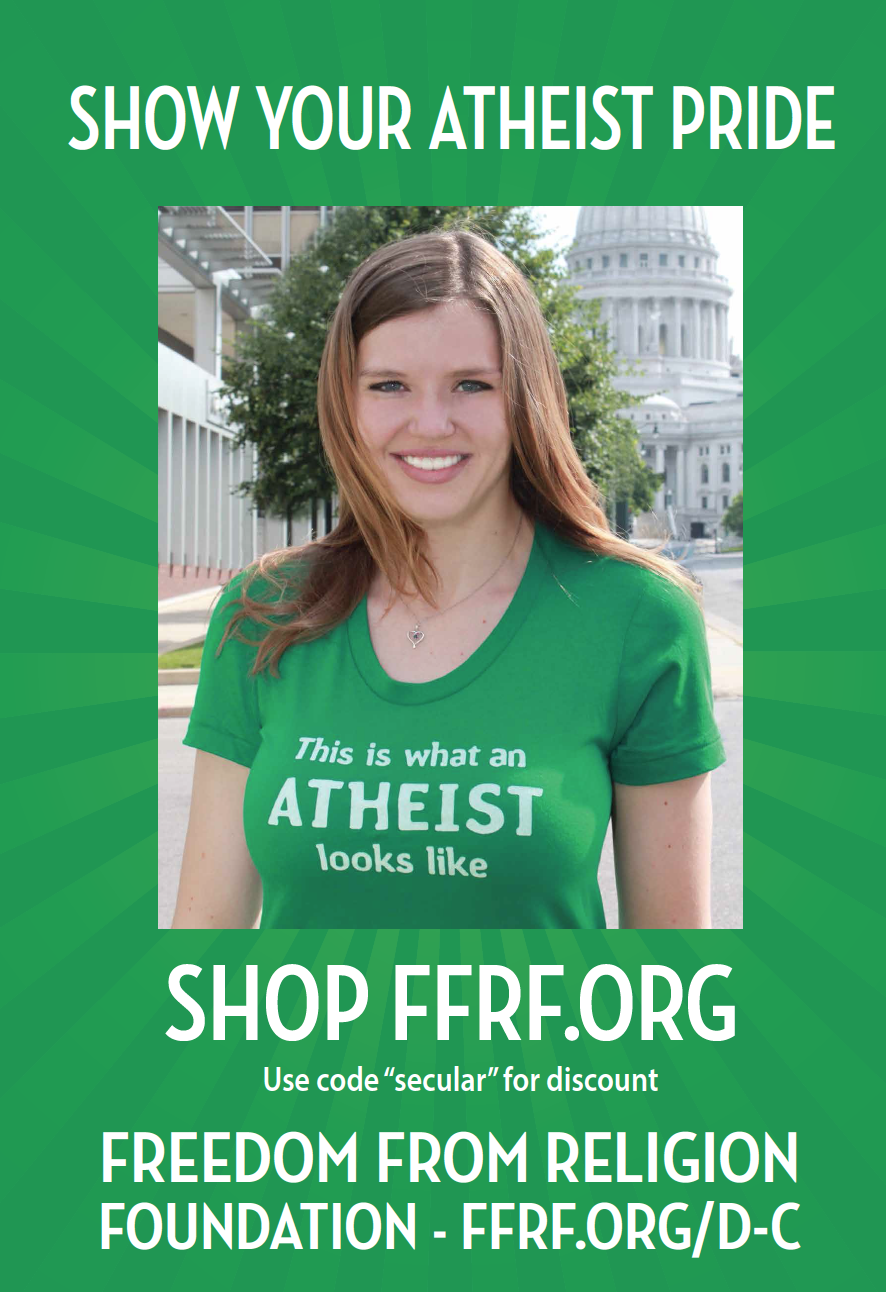 Interested in attending the Crystal City Pre-Rally Party and Comedy Show? Tickets are sold out for preferred seating and there's a wait list for general seating, but there are still a limited number of standing-room-only tickets available for $10.

Join the fun at the Reason Rally Dinner With the Stars Gala for $599. Only 200 tickets are being sold for this event on Friday night, where you can rub elbows with the famous scientists, actors, performers, secular leaders and others who will be speaking or performing at the rally. More than 20 of Saturday's planned speakers will be in attendance, including James Randi, singer John Davidson, Julia Sweeney, Killah Priest, Maryam Namazie Penn Jillette and Lawrence Krauss. Ticket sales end May 15 for the gala, so buy now if you are interested.

Want to dance the night away with other freethinkers? Go to one of the two after parties beginning at 8 p.m. at either the Hyatt Regency Capitol Hill Ballroom or the Hyatt Regency Crystal City Ballroom. Cost is $25. A DJ will play music while you mingle and dance, and there will be a cash bar and concessions for purchase, plus a chance to buy merchandise from the Reason Rally vendors.

On Sunday from 10 a.m. to 4 p.m., you can attend the Reason Rally Mini-Convention for $199. With the theme "Live Better. Help often. Wonder more," it's a one-day conference with activists, inspiring speakers and leaders of the secular, freethought and atheist movement. At 10 a.m., guest speaker Dr. Sabrina Stierwalt, who does fascinating work at ALMA, the most advanced telescope in the world, will talk about astronomy and wonder, and how being scientifically literate can help us all make better choices.

At 11 a.m. there will be a celebrity panel, featuring top guests from the previous day's festivities. After lunch, there will be a conversation with Annabelle Gurwitch and Barbara Ehrenreich. Look for FFRF legal staff at a plenary legal panel Sunday, our legal workshop and our table with books, T-shirts and bumper stickers for sale!