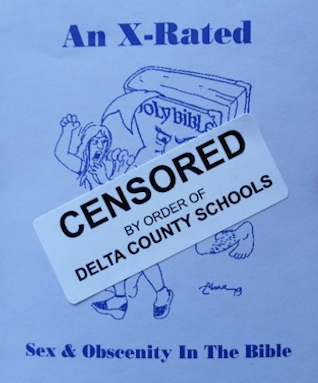 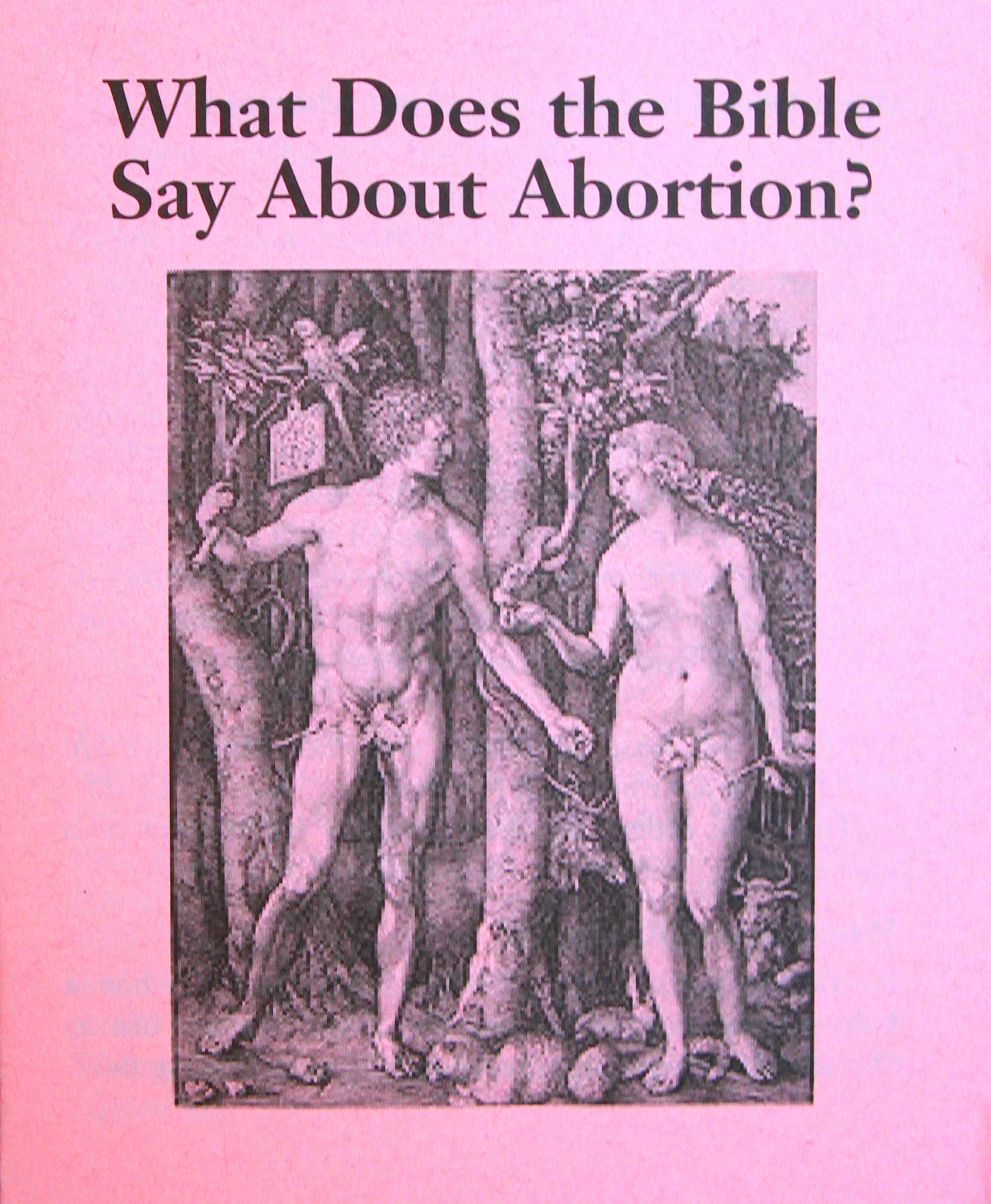 On Friday, April 1, Delta County School District employees are scheduled to place Freedom From Religion Foundation literature, along with material from the Western Colorado Atheists and Freethinkers and The Satanic Temple, in schools for students to take. The School District has complained about two FFRF pamphlets: "An X-Rated Book: Sex and Obscenity in the Bible" and "What Does the Bible Say About Abortion?" Both of them are being limited to just the local high schools.

The School District objects to the cartoon cover of "An X-Rated Book," which shows a bible groping a young woman.

"It is inappropriate in a school setting; we would not allow any of the high school students to wear or otherwise display such a cartoon," says School District Attorney Andrew Clay. "Why would we allow them to carry it in the building? It may also qualify as hate literature, demeaning women."

"The School District misses the point entirely," says FFRF Co-President Annie Laurie Gaylor. "The cover image is a feminist cartoon whose message is that the bible itself demeans women."

"The idea that that the pamphlet qualifies as hate literature is absurd, and if you're banning it on those grounds, then the district must ban the bible too," he says. "If you actually examine the pamphlet, you will see that it is comprised almost entirely of bible quotes. There is absolutely no way for the district to exclude the pamphlet and allow the bible to be distributed."

This gets to the larger point of why FFRF is insisting that it be allowed to dispense its literature. In spite of repeated FFRF requests, the Delta County School District has refused to stop the Gideons from passively distributing bibles in the local public schools. Since the School District has told FFRF that it will keep on giving the Gideons access, FFRF is making sure other perspectives get heard, too.

"The school has no ability to censor any materials based on their viewpoint once it opens a forum," says Seidel. "That is why open forums in public schools are such a bad idea. If you want to open a forum, you do not get to determine what is acceptable and not."

As a compromise, FFRF has put stickers over the cover of "An X-Rated Book," stating "censored by order of Delta County Schools." The organization is of the view that the attempt at censorship will likely backfire, since students are more likely to take "forbidden fruit."

The School District has also limited the distribution of "What Does the Bible Say About Abortion?" to local high schools, since it deems the cover to be a "pornographic picture."

"Albrecht Dürer's famous depiction of Adam and Eve in Paradise can be called many things, but it is not pornography," Seidel responds. "Dürer completed this engraving in 1504, and it is one of the most technically precise woodcuttings in all of art history. It has been displayed in the world's foremost museums and is a staple of most art history classes. The idea that this picture is somehow pornographic is, to be frank, absurd."

The other brochures and booklets such as "Why Women Need Freedom From Religion" and "Top 10 Public School State-Church Violations and How to Stop Them" are also being distributed to local middle schools.

In all their objections, Delta County School District officials are missing the forest for the trees.

"We do not think schools should be a battleground for religious ideas," Seidel wrote in a March 3 letter to the district. "But when schools allow the Gideons to prey on children, their message of eternal damnation for any who don't believe in their God must be countered."

The Delta County School District has brought this divisive controversy upon itself.