FFRF to distribute its literature in Colorado public schools

The Freedom From Religion Foundation will be placing literature in Colorado's Delta County School District next week as a response to the continued passive distribution of Gideon bibles there.

In spite of repeated FFRF requests, the Delta County School District has refused to stop the Gideons from putting bibles in the local public schools. So FFRF and its allied organizations will soon be circulating freethought materials in all Delta County middle and high schools. These include brochures and booklets such as "An X-Rated Book: Sex and Obscenity in the Bible," "Why Women Need Freedom From Religion" and "What Does the Bible Say About Abortion." After students and families reported multiple state-church violations, FFRF has also decided to distribute its new brochure: "Top 10 Public School State-Church Violations and How to Stop Them." 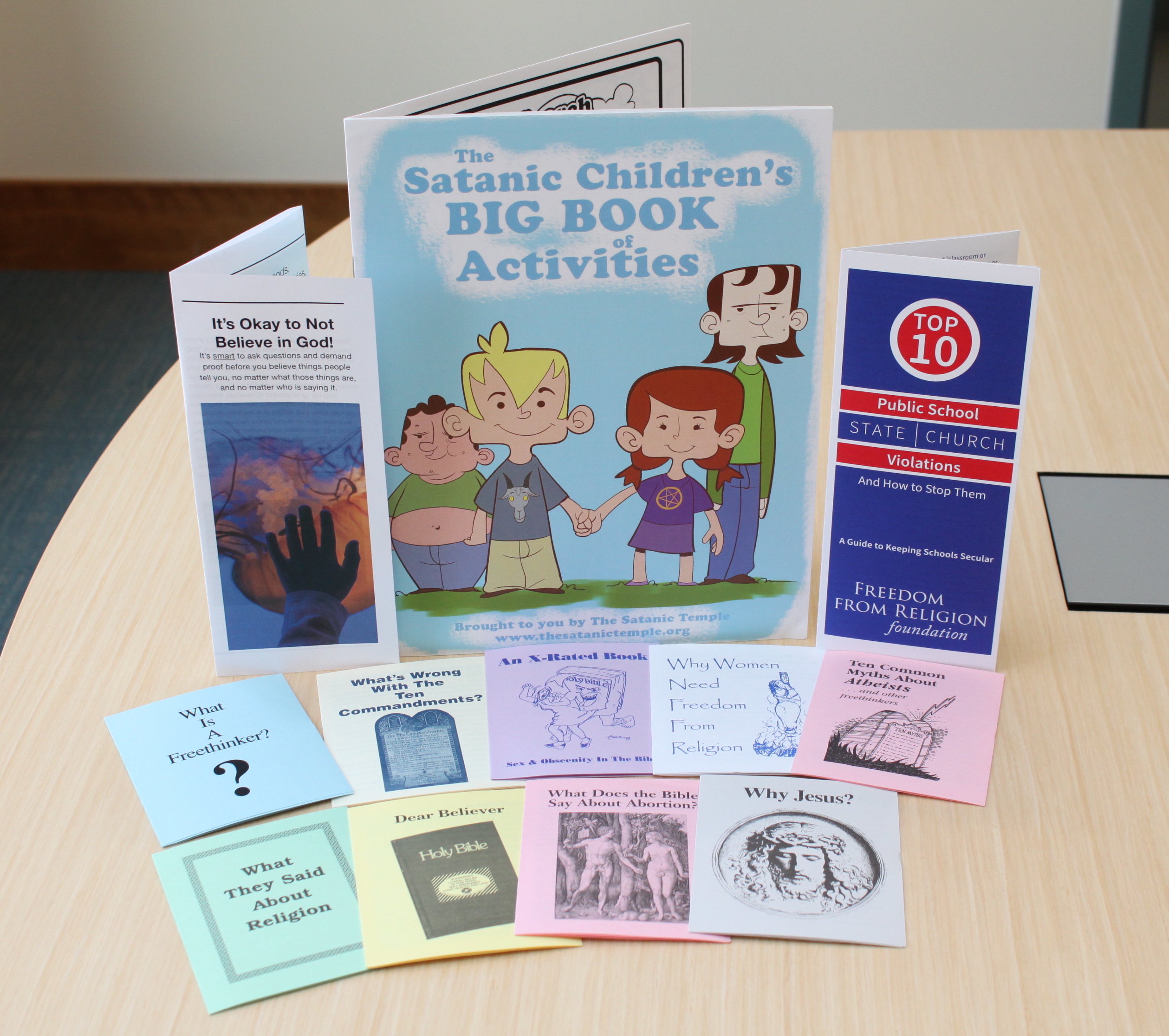 It is unconstitutional for public school districts to permit the Gideons International to dispense bibles as part of the public school day, FFRF contends. But since the Delta County School District has told FFRF that it will keep on giving the Gideons access, FFRF is making sure that other perspectives get heard, too.

"The School District is not required to maintain this open forum and is free to close it rather than allow FFRF to distribute materials," FFRF Staff Attorney Andrew Seidel wrote in a March 3 letter to the district. "We do not think schools should be a battleground for religious ideas. But when schools allow the Gideons to prey on children, their message of eternal damnation for any who don't believe in their God must be countered."

FFRF has been working with the Delta County School District and its superintendent Caryn Gibson to negotiate terms. On April 1, school employees will place FFRF's literature, along with material from the Western Colorado Atheists and Freethinkers and The Satanic Temple, in schools for the students to take. Local volunteers, coordinated by WCAF President Anne Landman, will do several spot checks at various schools throughout the day to ensure the district follows through on its word.

Schools exist to educate, not to serve as conduits for missionary groups, says FFRF Co-President Dan Barker, adding that the organizations believes that it is inappropriate for religious or irreligious materials to be disseminated in public schools.

"The Delta County School District could have resolved the issue by not allowing religious groups inside their schools," he says. "But since it has chosen to be obdurate, it's left us with no option than to respond to the religious propagandizing."