In what should be a slam dunk, the Freedom From Religion Foundation is asking a number of Illinois public high school coaches to stop praying with their students at basketball games. 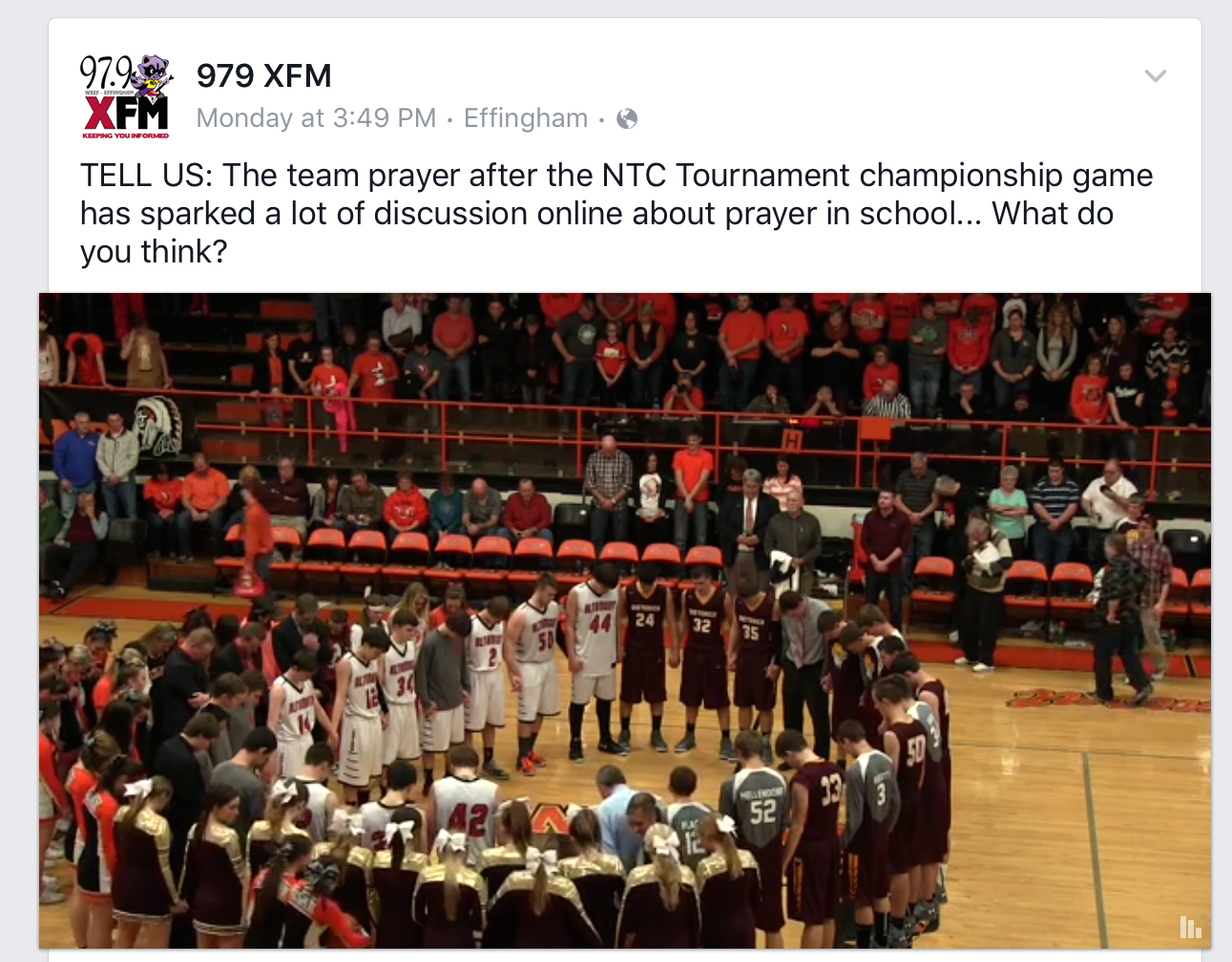 It has recently come to FFRF's attention that coaches and staff of Altamont High School, Dieterich High School and Pana High School have prayed at competitions with their teams. A photo confirms this practice, which has been reported to be recurrent. In the case of Pana High School, the basketball team's Facebook page (apparently school-endorsed) states, "We are thankful for God giving us the opportunity to show others His love. Win or lose, we are all victorious because of His love."

It is illegal for public school athletic coaches to lead or participate in prayers with students. FFRF is asking for assurances that this won't be repeated.

In a number of cases over the years, the U.S. Supreme Court has struck down school-sponsored prayer in public schools. It has done this because prayer in such instances constitutes a government endorsement and advancement of religion, which violates the First Amendment.

Public school coaches must refrain not only from leading prayers themselves, but also from participating in students' prayers. It is unconstitutional for public school employees to join in the religious activities of their students, even as silent participants in student prayer circles.

"The basketball coaches' conduct is unconstitutional because they endorse and promote religion when acting in their official capacities as school district representatives," says FFRF's Legal Fellow Ryan Jayne in a Feb. 9 letter to the three school districts. "When public school employees acting in their official capacities organize and advocate for team prayer, they effectively endorse religion on the district's behalf."

We ask that the three concerned Illinois school districts launch an immediate investigation and take action to ensure that district employees do not engage in a flagrant violation of the First Amendment by praying with students during district athletic programs.

FFRF has a national enrollment of 23,000 nonreligious members, including more than 700 individuals in Illinois.