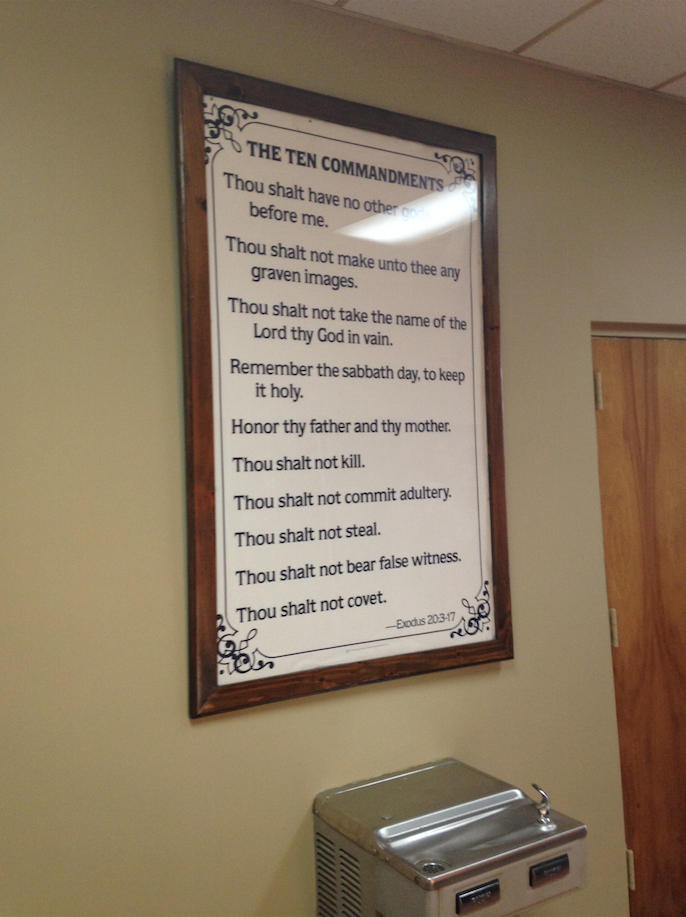 The Freedom From Religion Foundation is welcoming a Mississippi county's decision to remove a courthouse display of the Ten Commandments.

Officials in Itawamba County made the move in response to a recent letter from the national church/state watchdog.

"The Ten Commandments display violates the Establishment Clause of the Constitution," FFRF Staff Attorney Patrick Elliott stated in the Jan. 27 letter. "The religious message of the Ten Commandments is obvious. By placing this display directly inside the county's governmental offices, the county is unmistakably sending the message that it gives the display its stamp of approval."

Elliott added that the government's biblical display was striking a blow against religious liberty, forcing taxpayers of all faiths—and of no faith—to support a particular expression of worship.

On Monday, Feb. 1, county supervisors agreed to modify the presentation, according to news reports.

FFRF appreciates the supervisors' decision to get rid of the Ten Commandments, but voiced concerns about the substitution.

"We're pleased that the County's unconstitutional Ten Commandments display will be removed from the courthouse," says FFRF Co-President Annie Laurie Gaylor. "But it's regrettable that the county supervisors sought out another religious statement to replace the Ten Commandments. Elected officials should not use their government position and government buildings as a place for promoting their religious views."

Gaylor noted that "In God We Trust" was adopted as a Johnny-come-lately motto at the height of the Cold War, and that it isn't even accurate, given the fact that more than a quarter of the U.S. population today identifies as nonreligious. "To be accurate, it would have to say 'In God Some of Us Trust,' and wouldn't that be silly?"

FFRF has a national enrollment of 23,000 nonreligious members, including in Mississippi.