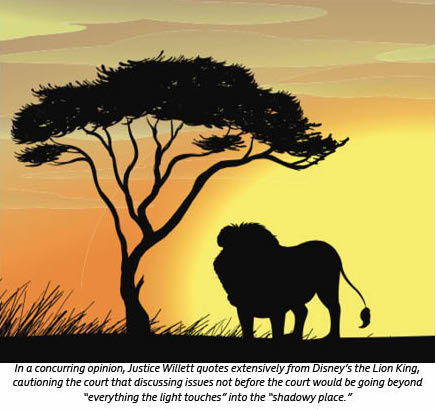 The Texas Supreme Court ruled today that cheerleaders may continue their suit against the Kountze Independent School District over their regular practice of displaying biblical banners at football games. The high court remanded the case back to the court of appeals. Although the evangelical Liberty Institute is touting the decision, the court did not address the underlying speech claim, merely declaring that the cheerleader case was not moot.

The case began after the Freedom From Religion Foundation filed a complaint with the school district in 2012 over proselytizing banners held up by the cheerleaders as football players ran through them to open games. The banners had such messages as: "But thanks be to God which gives us Victory through our Lord Jesus Christ. 1 Cor 15:57," and "If God is for us, who can be against us? Romans 8:31."

After the school temporarily restricted the religious banners, the cheerleaders filed suit seeking a court order that they had a right under Texas law to promote religion on banners on the football field. Then-Gov. Rick Perry also championed the cheerleaders. The school district changed course immediately and began allowing them to be displayed. Despite the lack of an ongoing injury to the plaintiffs, the case has languished in the Texas court system.

In response to the ruling, FFRF Staff Attorney Patrick Elliott said, "It is disappointing that Liberty Institute continues to waste the resources of the school system, and the courts, to resolve a matter that is no longer a live issue between these parties. Ultimately, the school district is not in a position to properly argue the limits of religious run-through banners under the First Amendment."

If a current student or teacher at the school sought to challenge the banners under the Establishment Clause, they, along with FFRF, could still file a separate legal challenge, offered FFRF Co-President Annie Laurie Gaylor. She called the biblical banners "so patently inappropriate at a public school that should welcome and include everyone, including nonreligious and nonChristian students and fans."

A Lion King-themed concurrence by Justice Willett discussed how messy the case had become:

"What does the trial court's order accomplish? What claims have been preserved? What claims have been waived? In our pitched adversarial system, it is not uncommon for litigants to talk past each other, and uncertainty pervades the parties' briefs to this Court. But answers to these questions are critical for they speak to the fundamental free speech and free exercise rights enshrined in our Constitution."

With the remand, it may be several more years before the case is concluded.