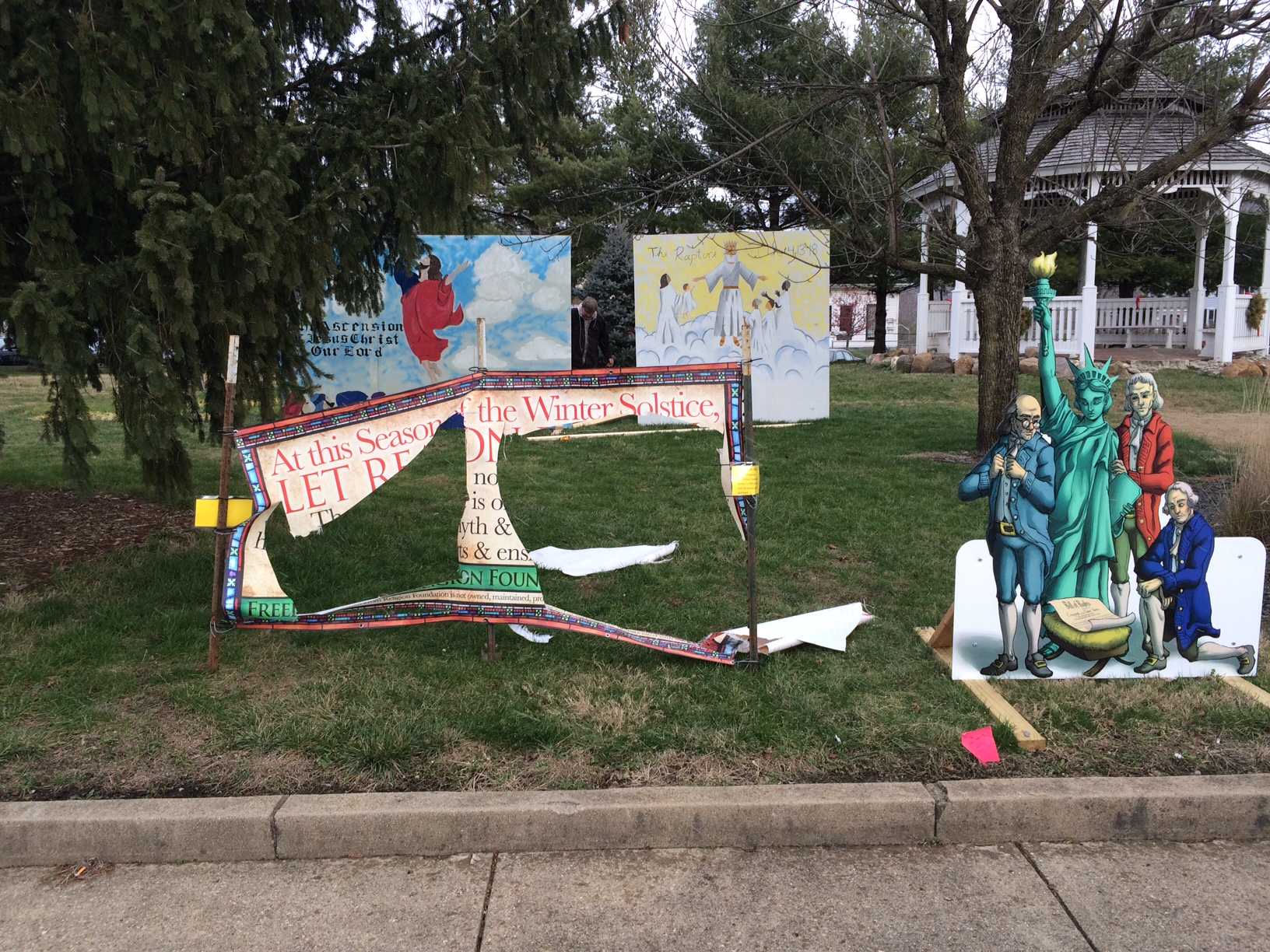 After its first Winter Solstice banner was stolenKeep Reading

After its first Winter Solstice banner was stolen from the Franklin County (Ind.) Courthouse lawn in early December, a second Freedom From Religion Foundation banner was slashed into pieces by vandals on Dec. 24.

The banner was placed on the site in response to a large Christian nativity scene that has been erected on the courthouse grounds for the past 50 years.

The sign was placed next to FFRF's Bill of Rights "nativity" display, which shows three founding fathers and the Statue of Liberty gathered around a copy of the Bill of Rights.

The shredded banner read: "At this season of the Winter Solstice, LET REASON PREVAIL. There are no gods, no devils, no angels, no heaven or hell. There is only our natural world. Religion is but myth & superstition that hardens hearts & enslaves minds."

Through FFRF's new Resurrection Pledge Campaign, 95 generous freethinkers pledged $889 in the event that it was destroyed.

Franklin County announced it's uncertain whether it will have a forum again during the 2016 holiday season and the town of Brookville — which owned the original Christian nativity that had been on the courthouse lawn alone for 50 years — voted to move the display to private property next winter.

Franklin County had opened its courthouse to a public forum this year after being sued by FFRF, local plaintiffs and the ACLU of Indiana a year ago.

"The theft and vandalism of our banner shows the 'forum' is only safe for the dominant religion," said FFRF Co-President Annie Laurie Gaylor. "We are very pleased the city is going out of the nativity scene business."

The Foundation is offering a $1,000 reward for information leading to the arrest and conviction of the vandal or vandals responsible.