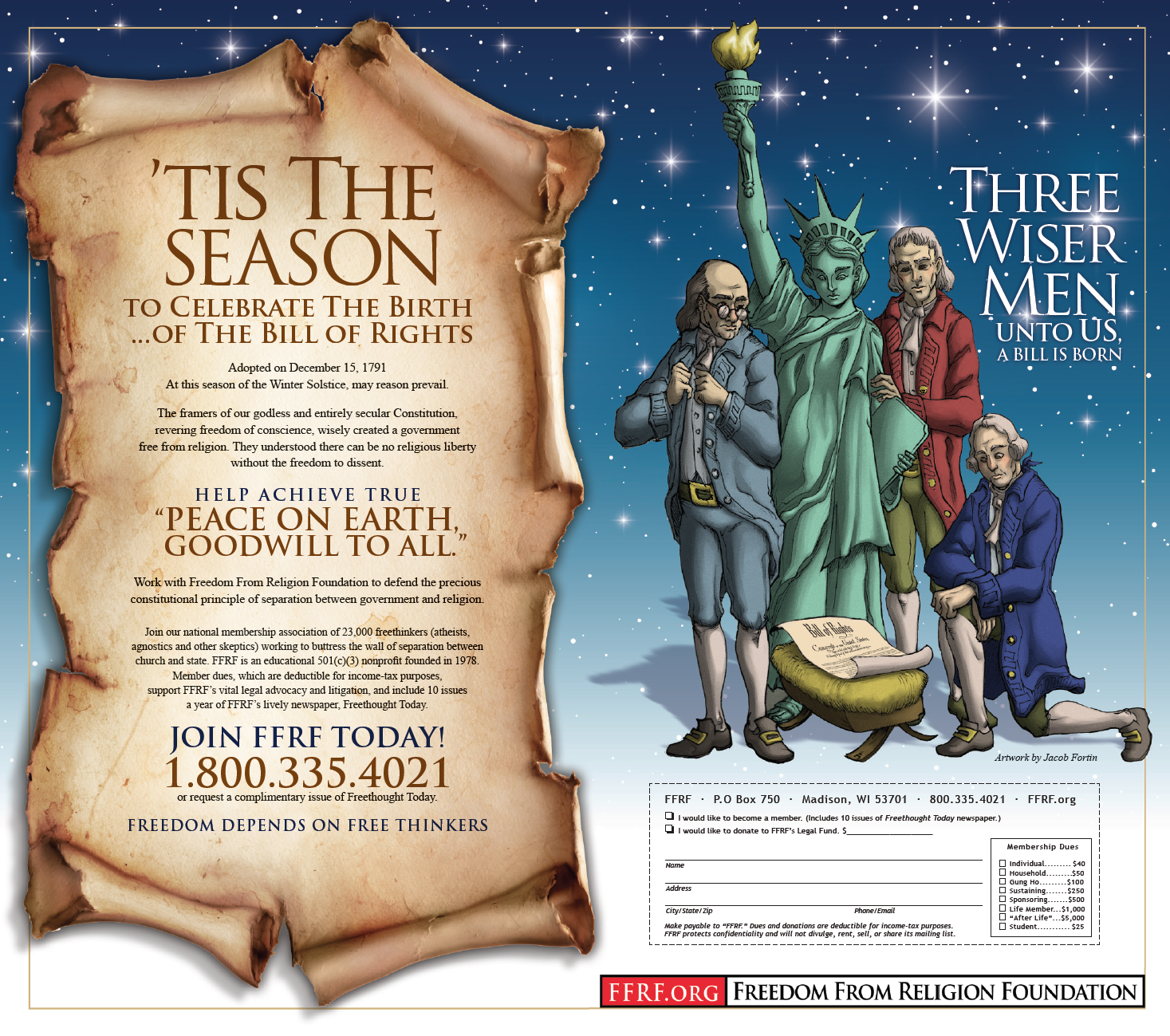 Click photo to enlarge.The Freedom From Religion Foundation is placing a playful message in the centerspread of the popular science section of Tuesday's New York Times, in honor of Bill of Rights Day — the anniversary of its Dec. 15, 1791 ratification.

The colorful 2-page ad is full of gentle seasonal tweaks, saying " 'Tis the Season to Celebrate the Birth . . . of the Bill of Rights." One page features a "nativity scene" drawn by artist Jacob Fortin depicting "three wiser men" (some founding fathers) and the Statue of Liberty gazingly adoring at a manger containing not a fictional baby but the Bill of Rights.

"The framers of our godless and entirely secular Constitution, revering freedom of conscience, wisely created a government free from religion. They understood there can be no religious liberty without the freedom to dissent," the ad proclaims.

Commented FFRF Co-President Annie Laurie Gaylor: "One of the biggest myths we have to surmount in the United States is this misconception that majority rules over matters of faith. The Bill of Rights places individual liberties and freedom of conscience above the fray of tyranny of the majority. And that is something to truly revere — and celebrate!"