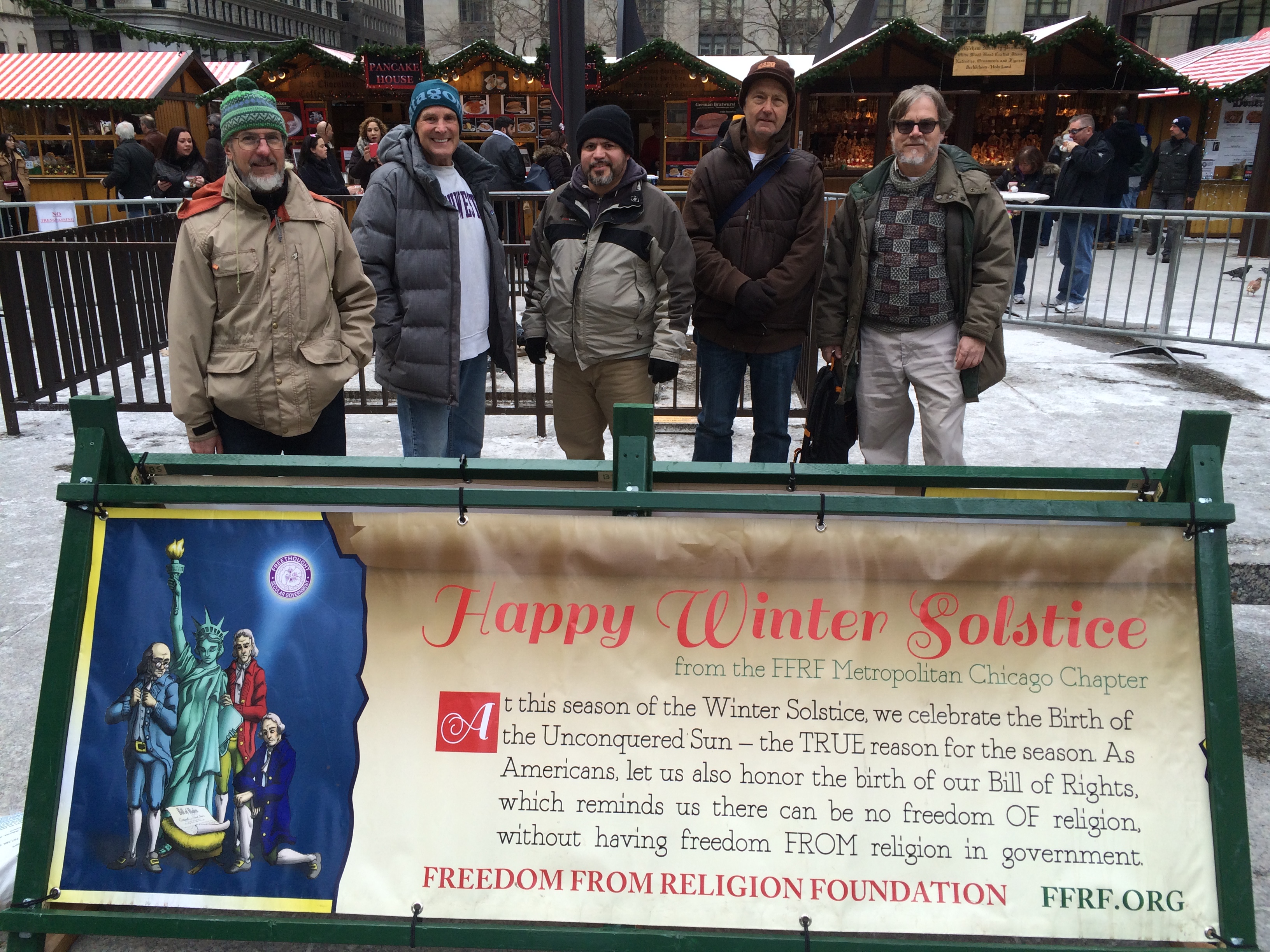 Pictured with the banner in order are, from left to right, Mike Weeda, Rich Pope, Jose Alvarado, Rick Schuch and Bob Hunter.
The Freedom From Religion Foundation and its Metropolitan Chicago chapter on Monday placed a winter solstice display in Daley Plaza to balance the plaza's traditional life-sized nativity display and large menorah display.

It's the third straight year for the solstice display, which includes an 8½-foot-tall lighted "A," which stands for "atheist" or "agnostic" — an emblem by scientist Richard Dawkins, author of The God Delusion.

Beside it is a colorful, irreverent banner depicting a different kind of nativity scene: the birth of the Bill of Rights. Looking on in adoration are constitutional framers Benjamin Franklin, Thomas Jefferson, and John Adams, plus the Statue of Liberty. A copy of the Bill of Rights, which was adopted on Dec. 15, 1791, is in a manger.

The message on the banner reads:

"At this season of the Winter Solstice, we celebrate the birth of the Unconquered Sun — the TRUE reason for the season. As Americans, let us also honor the birth of our Bill of Rights, which reminds us there can be no freedom OF religion, without having freedom FROM religion in government."

"The real reason for the season is the Winter Solstice, the darkest, shortest day of the year, a time for celebration for millennia in the Northern Hemisphere because it signified the rebirth of the sun," said Annie Laurie Gaylor, FFRF Co-President. "For a fact, the Christians stole Christmas. We don't mind sharing the season with them, but we don't like their pretense that it is the birthday of Jesus."

A life-sized nativity scene was first placed in Daley Plaza, at Dearborn and Washington Streets in downtown Chicago, in 1985. Priests and clergy traditionally bless the crèche. Divisive from the outset, it was litigated by the ACLU, and a federal judge ruled in 1989 that Daley Plaza is a public forum. A 20-foot menorah is also displayed in the plaza. 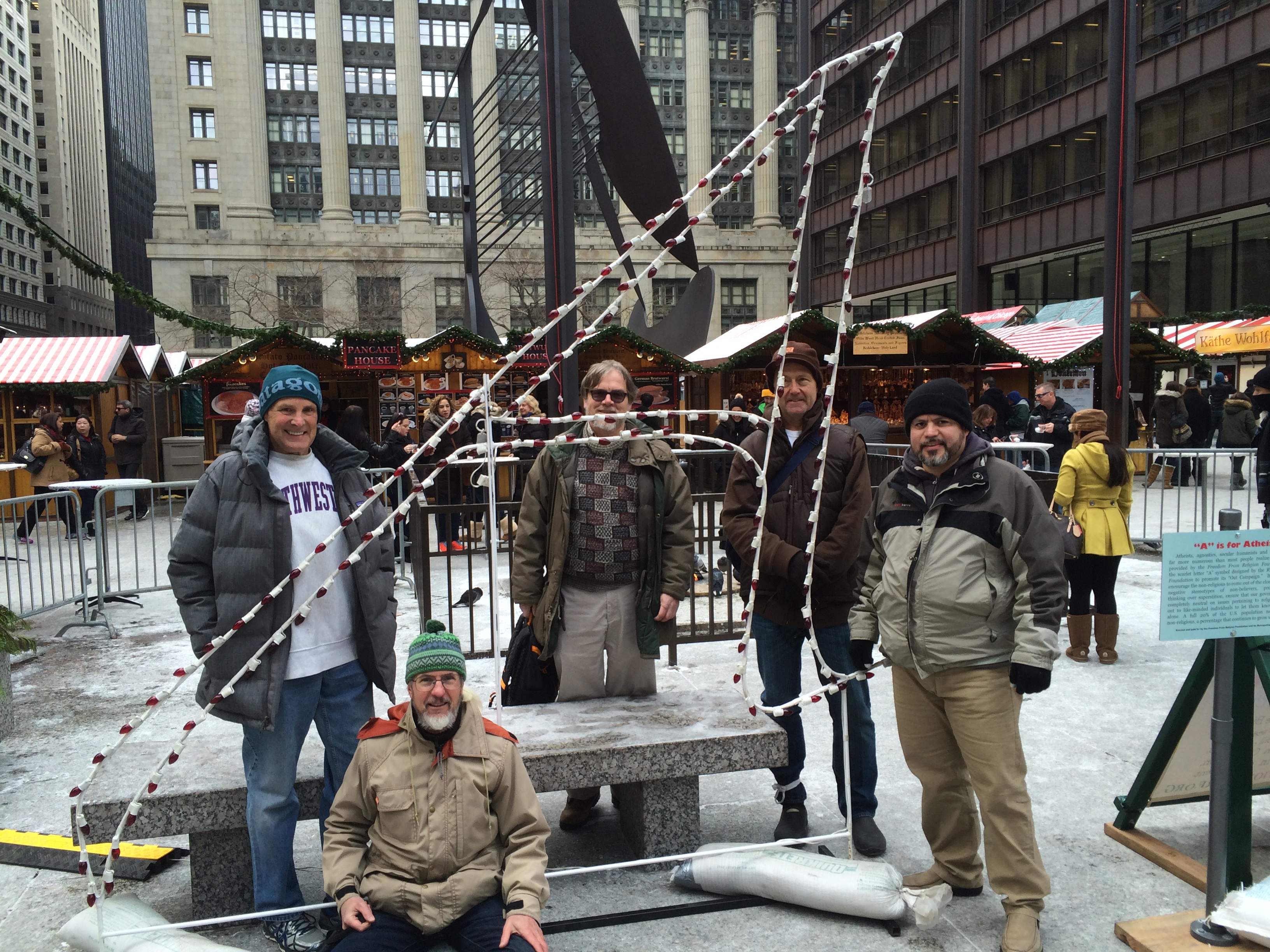