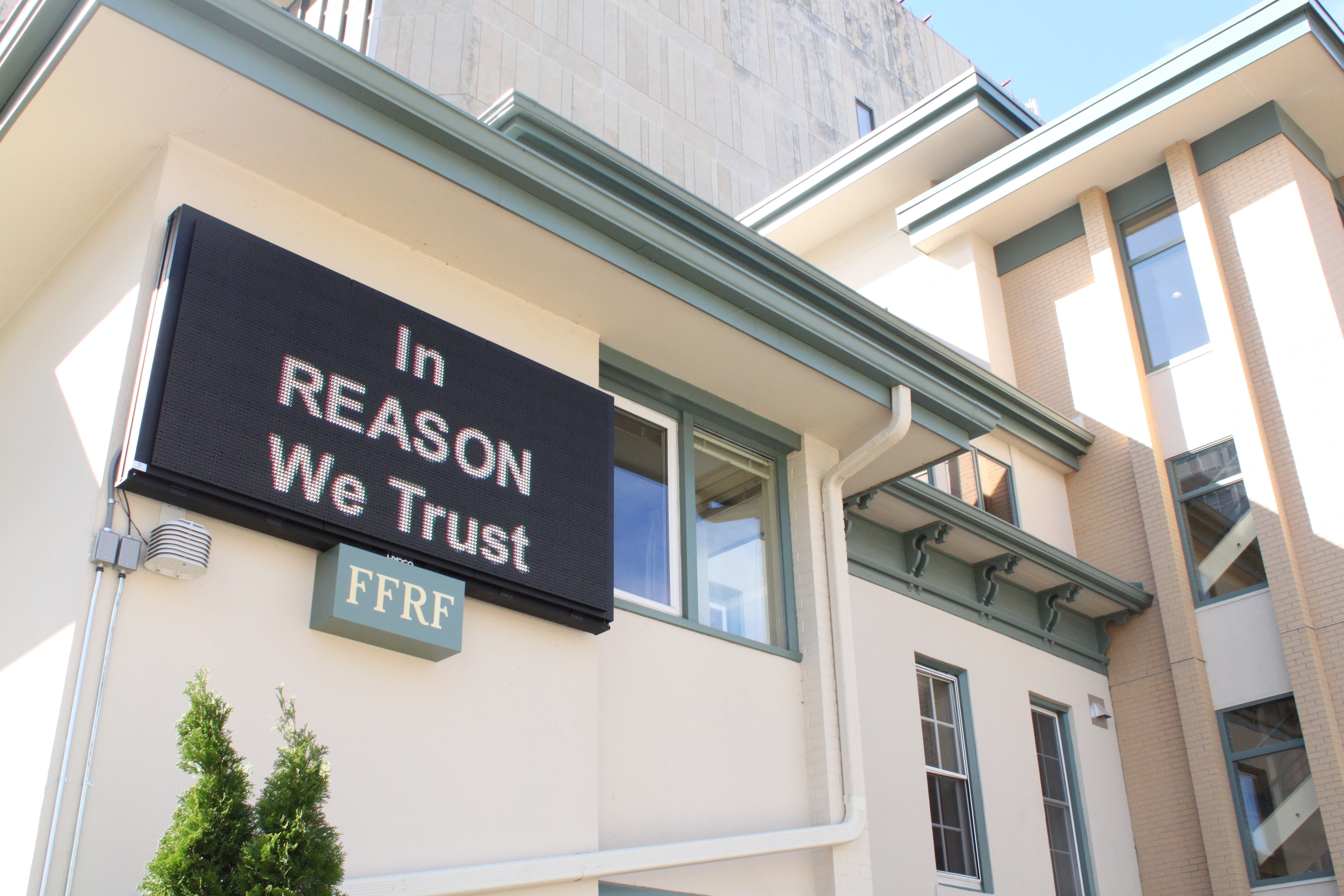 Below: The marquee was the idea of FFRF Co-President Annie Laurie. Photos: Andrew Seidel. 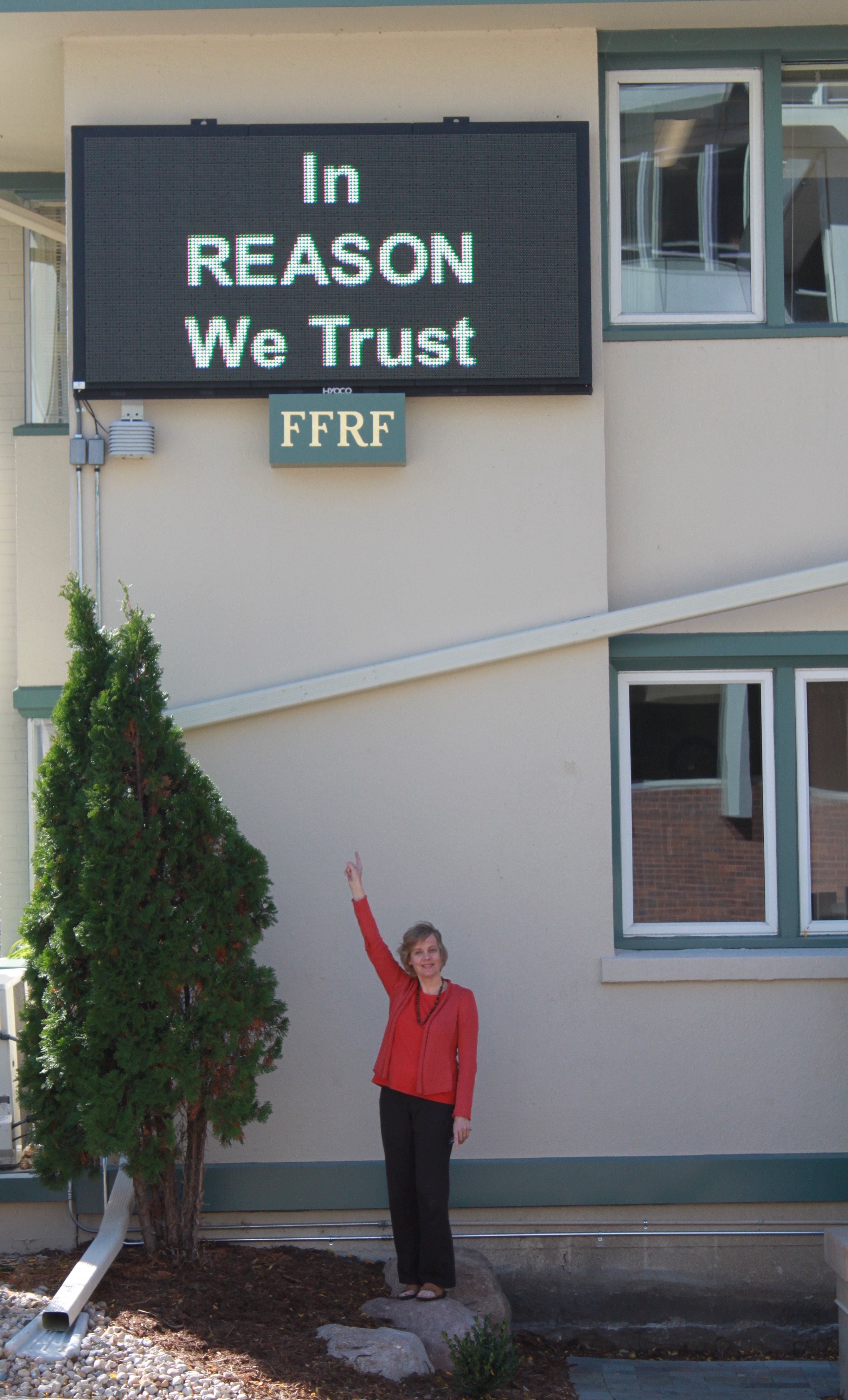 While almost every Christian church in the United States — and according to Churchrelevance website, that’s about 320,000, including 1,250 megachurches — proselytizes its views and doctrines via a church marquee, there has been no marquee that promotes freethought. Until now.

“What the freethought movement has needed is a marquee of its own,” maintains Annie Laurie Gaylor, FFRF co-president and co-founder.

While many church marquees feature hell and brimstone, putdowns of nonbelievers or have been regularly utilized to lobby against gay rights, abortion rights, etc., Gaylor says FFRF will keep its marquee “upbeat and positive” while still forthright.

So far, the marquee has commemorated the birthdays of freethinkers (“Happy birthday, John Lennon ‘Above us only sky;’ “Happy birthday, Eleanor Roosevelt: ‘Everyone has the right to freedom of thought.’ ” ), quoted Thomas Paine (“My country is the world, to do good is my religion”), and featured FFRF’s suggestion for a replacement national motto (“In REASON We Trust.)”

Today’s marquee wishes a happy birthday to one of its well-known honorary directors, Katha Pollitt, a feminist, poet and atheist who writes the “Subject to Debate” column for The Nation.

“We’re putting freethought on the map,” adds FFRF Co-President Dan Barker, “and we want Freethought Hall to be a landmark.” Last week the state/church watchdog also debuted its Atheists in Foxholes monument, honoring the service of the quarter of the military that identifies as nonreligious. The corresponding marquee read: “Saluting Freethinking Veterans.”