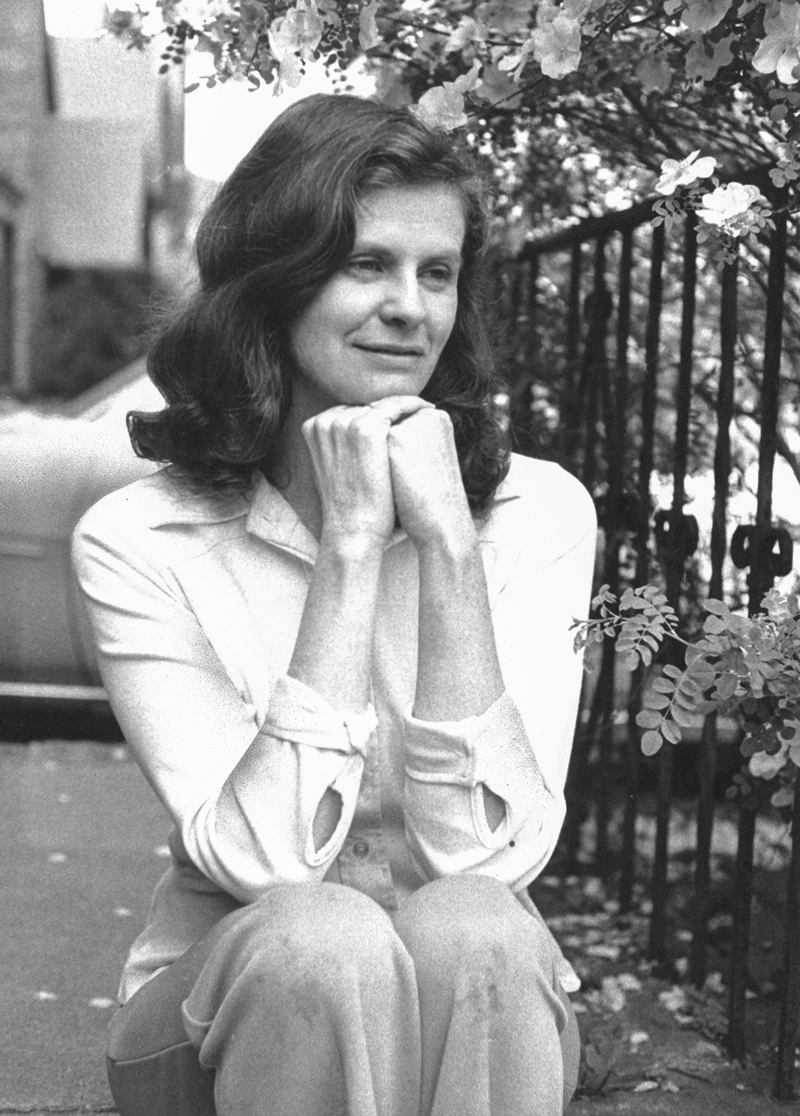 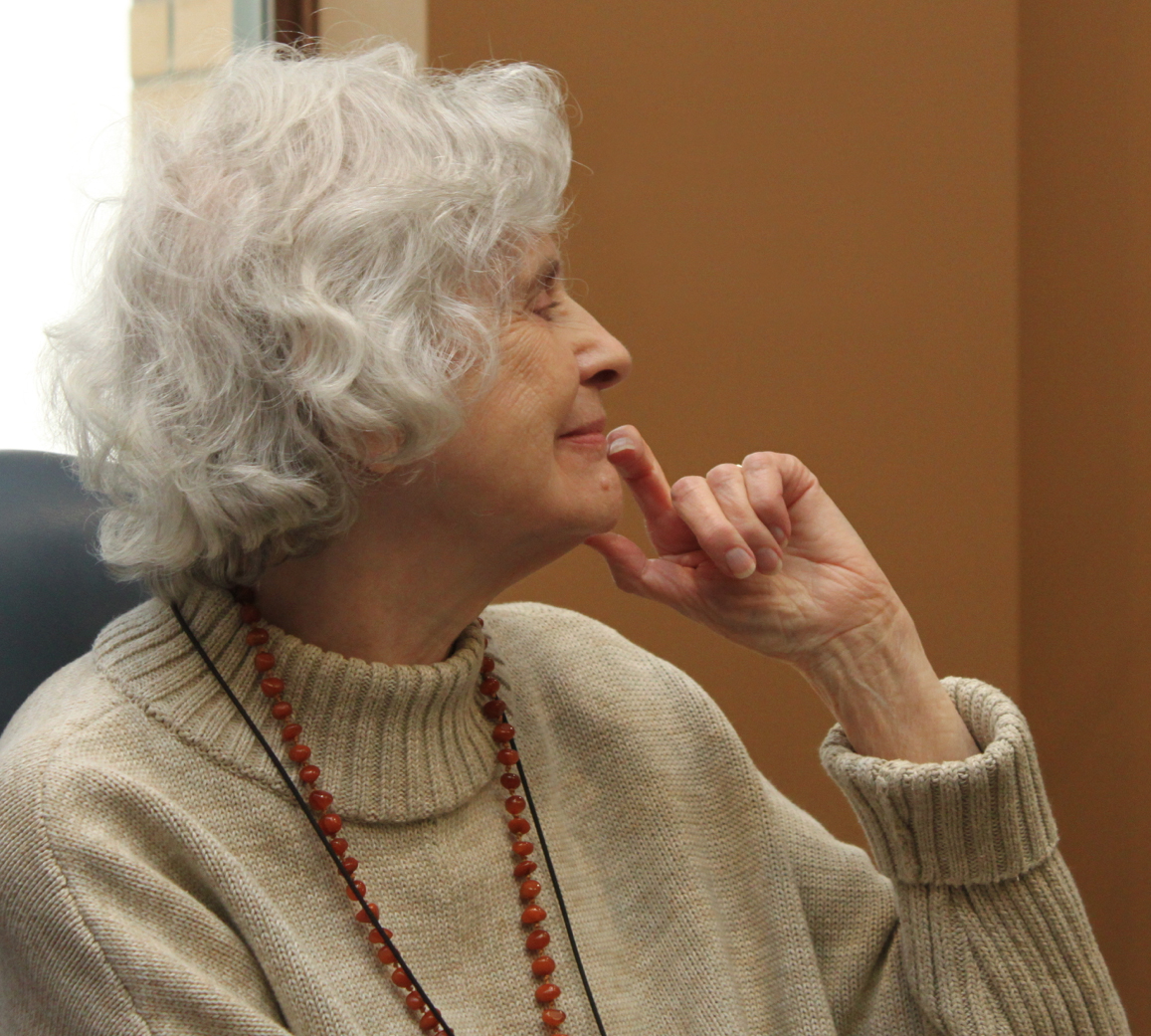 Anne and her daughter, Annie Laurie, then a college student, formed FFRF in 1976, with an elderly Milwaukee friend, Jon Sontarck, also lending his name. After a series of impressive successes, Anne was asked to go national with FFRF in 1978 and served as its president until November 2004. A commemorative slideshow about Anne and FFRF can be viewed here. Her biography in her daughter’s anthology of women freethinkers, “Women Without Superstition: No Gods — No Masters,” can be read here.

A master of “sound bites” with media savvy, Anne quickly took FFRF from a tiny organization to the largest association of freethinkers (atheists and agnostics) in North America. Highlights of her freethought career include Gaylor v. Reagan, FFRF’s suit against declaring 1983 to be “The Year of the Bible,” a litigation victory declaring Wisconsin’s Good Friday holiday to be unconstitutional, and making sparks fly in interviews and national media appearances, including “The Phil Donahue Show.” She authored “Lead Us Not Into Penn Station,” a short book of provocative essays. Among her well-known aphorisms: “Nothing fails like prayer.”

“Because Anne was not afraid to make known her unorthodox views, and was plain spoken in her dissent from religion, many people were surprised to find how slender, almost frail, she was in person, how quiet and unassuming, how soft her voice, how gentle and gracious her manner. Those who knew her, and her family, found her unfailingly loving and supportive,” said Annie Laurie. “She has built a legacy, but will leave a hole that cannot be filled, as Oliver Sacks has noted about their generation.”

“I have been increasingly conscious, for the last 10 years or so, of deaths among my contemporaries. My generation is on the way out, and each death I have felt as an abruption, a tearing away of part of myself. There will be no one like us when we are gone, but then there is no one like anyone else, ever. When people die, they cannot be replaced. They leave holes that cannot be filled, for it is the fate — the genetic and neural fate — of every human being to be a unique individual, to find his own path, to live his own life, to die his own death.”

Anne lived long enough to enjoy FFRF’s growth to about 23,000 members this summer and its major building expansion. The first event at Freethought Hall’s new addition belatedly celebrated her 88th birthday in the just-completed Charlie Brooks Auditorium on Feb. 13.

Proving that atheists do indeed run charities, Anne also co-founded the Women’s Medical Fund with Professor Robert West, an FFRF member, and the late Peg West in the mid-1970s. The fund is considered the oldest continuously operating abortion rights charity in the country and has served well over 20,000 indigent women in Wisconsin.

In 1989, Anne and the Women’s Medical Fund successfully sued Wisconsin Attorney General Donald Hanaway, forcing him to remove Wisconsin’s name from a friend of the court brief to the U.S. Supreme Court seeking to overturn Roe. v. Wade.

Anne served as the fund’s administrator, personally helping tens of thousands of women, handling their applications by phone, until retiring after nearly 40 years of volunteer work in March, following two mini-strokes. She continued to follow the news, watch “Jeopardy,” play Scrabble and read as voraciously as the limited offerings in large-print books permitted.

An entrepreneur, Anne founded the first temporary employment agency in Madison in the 1950s, when “working mothers” were a rarity. She and her husband Paul Gaylor co-owned the Middleton Times-Tribune for several years in the late 1960s. Her editorial proposing legalized abortion created such shock waves it propelled her into abortion rights activism. She founded the Wisconsin Committee to Legalize Abortion, served on the national board of NARAL (1972-78) and was active with other feminist groups.

She wrote a book “Abortion Is A Blessing” in 1975 about the battle to legalize abortion in Wisconsin. She was the first to call for the recall of Dane County Circuit Judge Archie Simonson when he termed rape a “normal reaction” in 1977 and wrote the official petition that led to his successful, history-making recall.

In 1994, Anne and her daughter helped spearhead the rescue of Forward, a replica of the Jean Miner sculpture displayed at the 1893 Columbian Exposition in Chicago, when then-Gov. Tommy Thompson proposed removing it from the State Capitol grounds.

Anne was born “Lucie Anne” Nicol on Nov. 25, 1926, in rural Tomah, Wis., to Lucie Sowle Nicol and Jason Theodore Nicol. Her mother died before she was 2 years old. A second-generation freethinker, Anne began first grade at age 4 in a one-room school, graduated from high school at 16 and worked her way through college, graduating in 1949 with a degree in English from the University of Wisconsin-Madison.

Her awards include 1994 Feminist of the Year from the Wisconsin chapter of the National Organization for Women, the 1985 Humanist Heroine Award of 1985 from the American Humanist Association and the Zero Population Growth Recognition Award in 1983.

Anne’s tombstone in the Nicol family plot in Sparta, Wis., will read at her direction: “Feminist – activist – freethinker.” She requested no memorial service. A full “In Memoriam” feature will appear in the August issue of Freethought Today, FFRF’s monthly newspaper.

The dining room table on which FFRF (and several other organizations) were founded by Anne will be kept in use in the newly renovated Freethought Hall.

Donations in her memory may be made to the Women’s Medical Fund, Box 248, Madison, WI 53701, or to the newly created Anne Nicol Gaylor Memorial Scholarship, to reward freethinking feminists, Freedom From Religion Foundation, Box 750, Madison, WI 53701.

Both groups are 501(c)(3) charities. The Women’s Medical Fund is all-volunteer.