TO WHOM IT MAY CONCERN - THE POLICE WANT THEIR EASEL BACK. . .

FFRF’s In Reason We Trust display stolen from Wis. Capitol 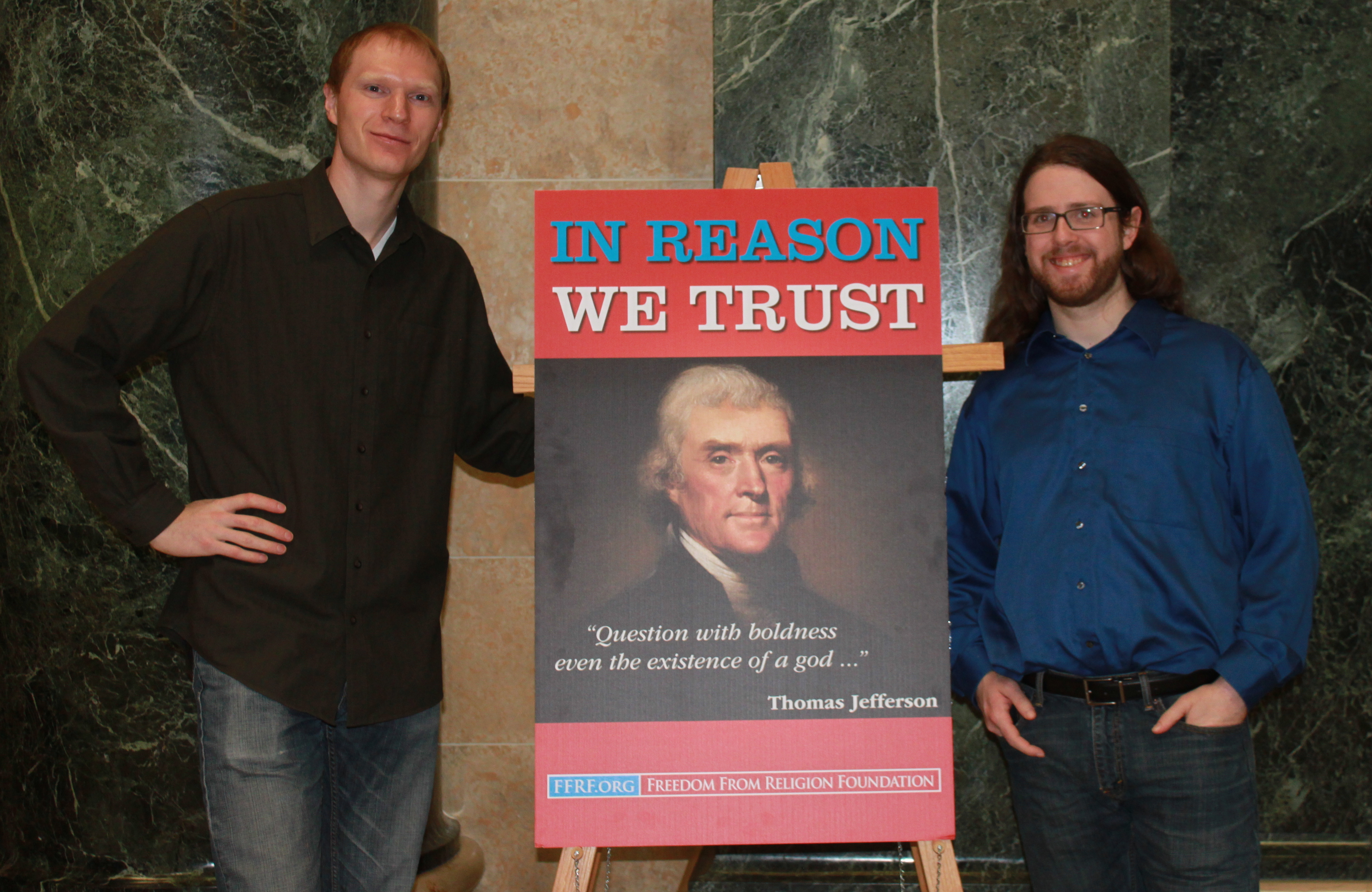 A Freedom From Religion Foundation “In Reason We Trust” sign was stolen March 28 from the first floor Capitol rotunda in Madison, Wis. The sign features Thomas Jefferson with his thought-provoking quote, “Question with boldness even the existence of a god. . .”

FFRF Staff Attorney Sam Grover and Legal Intern Ryan Jayne filed the permit application on March 9. The sign was put up in the Capitol to counter Eastertime religious displays.

After contacting authorities, FFRF was given access to the security footage. On Sat., March 28, at 1:13 p.m., three suspects were recorded removing the 20x30 inch sign, along with the easel it was propped on.

The suspects are two males and a female, all Caucasian. Footage reveals one male suspect struggling to remove the tape securing the sign to the easel. The additional suspects joined shortly after, and posed to take multiple “selfies” on a cellphone camera. The thief left via the Wisconsin Avenue exit and the others exited via the West Washington exit.

The thieves will be chagrined to learn that the wooden easel wasn’t FFRF property. The stolen easel was a rental from the Capitol Police Department.

FFRF is offering a total of $1,000 reward for information leading to the arrest and conviction of the thief.

If you have any information pertaining to this theft, please contact FFRF.

FFRF is a national state/church watchdog with more than 22,000 members, including over 1,300 in Wisconsin. 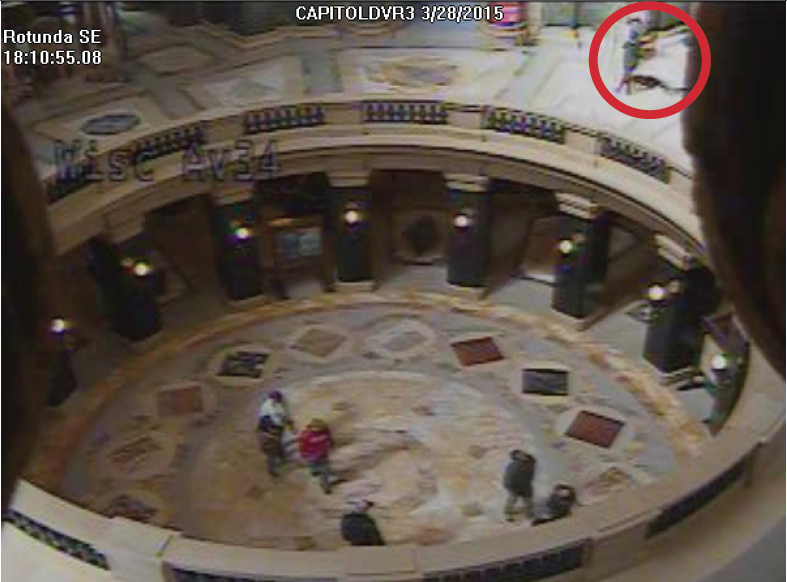 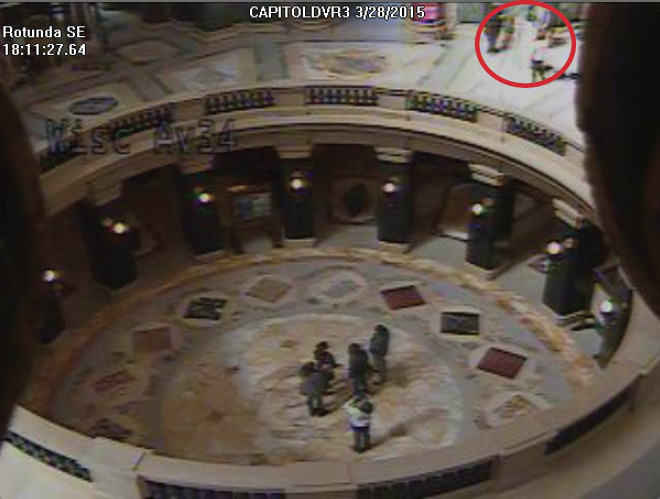 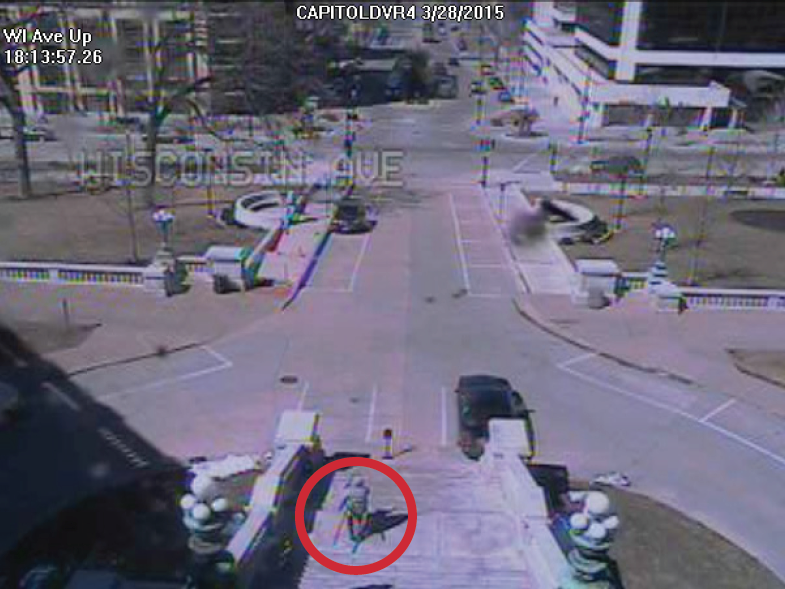