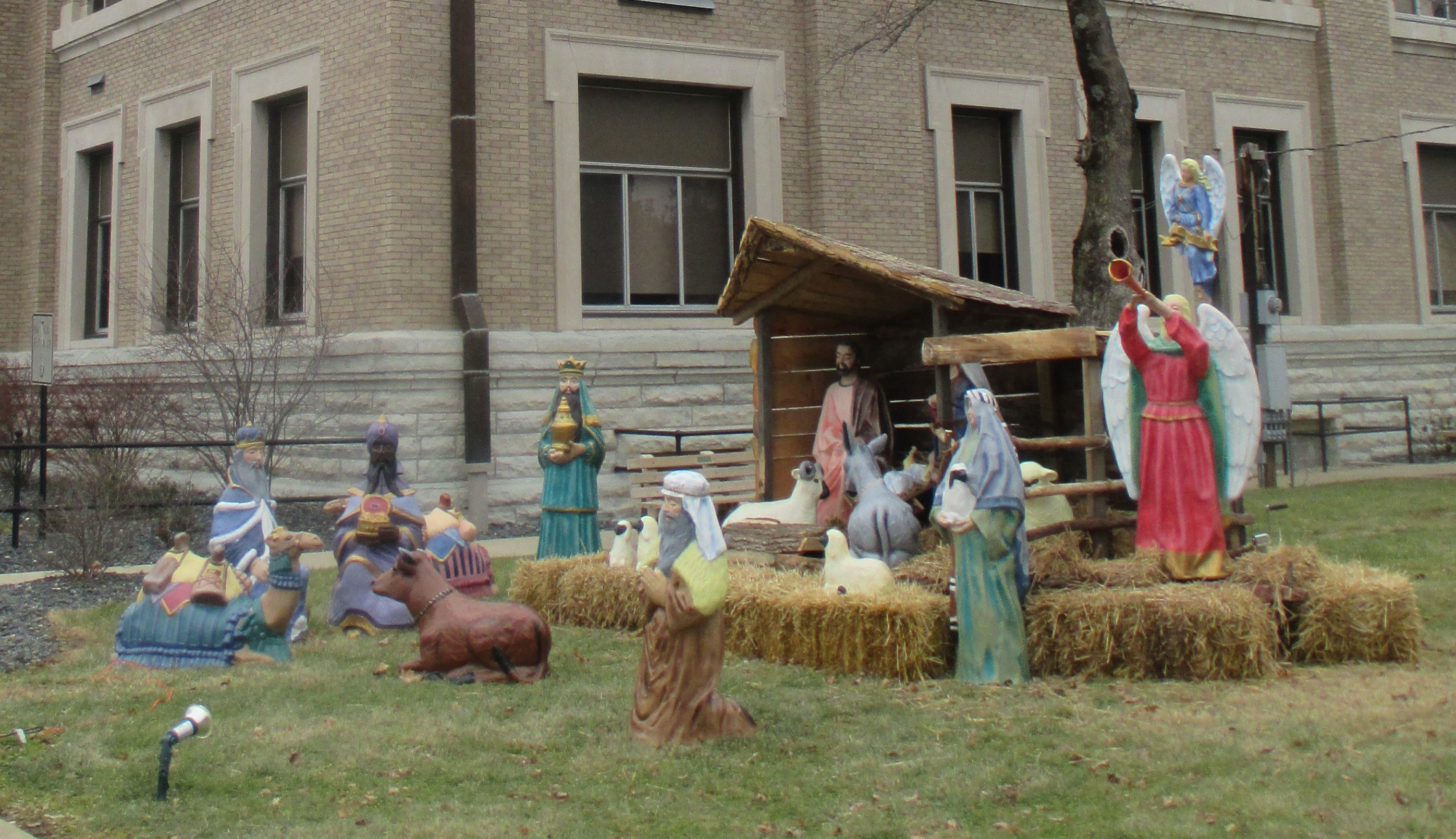 The Freedom From Religion Foundation filed a federal lawsuit today against Franklin County, Ind., which annually places a prominent nativity display in front of the Franklin County Courthouse in Brookville. The devotional tableau is erected shortly after Thanksgiving and stays up until early to mid-January.

The nativity consists of several life-size figures of Mary, Joseph, the Three Wise Men, and at least one angel blowing a trumpet surrounding the baby Jesus. "The display represents an endorsement of religion and has the principal effect of advancing religion, and it therefore runs afoul of the Establishment Clause of the First Amendment to the United States Constitution," the complaint charges. The display, which is owned by Brookville, has been erected for some 50 years. It's FFRF's information and belief that the county provides the electricity used to light the devotional scene.

After receiving complaints by local residents, FFRF first contacted Franklin County about its unconstitutional nativity in 2010. That year the nativity scene was erected at the foot of the flag pole. FFRF renewed complaints in 2011 and 2013. The county refused to take down the religious scene, moving it closer to the courthouse entrance in 2011. Community members have held annual rallies around it, where a commissioner was quoted this year as saying, "The atheists and the liberals are taking over our country."

In a 2010 media report, a Franklin County commissioner insisted that FFRF was "serious about limiting our Christian values that we have." In 2011, FFRF put up billboards reading "Imagine No Religion" and "Reason's Greetings" in Brookville to counter the government-sponsored crèche.

"There are ample private and church grounds where religious displays may be freely placed, said FFRF Co-President Annie Laurie Gaylor. "Once Franklin County enters into the religion business, conferring endorsement and preference for one religion over others, it strikes a blow at religious liberty, forcing citizens of all faiths and of no religion to support a particular expression of religion."

"The First Amendment protects these kinds of displays by individuals and groups on private property, but also makes clear that displays on public property, which is maintained by taxpayers, cannot demonstrate a preference for religion," said Rose.

The lawsuit asks the court to order Franklin County to remove the nativity scene permanently. A motion for a preliminary injunction was also filed today. The case, No. 1:14-cv-02047-TWP-DML, sits before Judge Tanya Walton Pratt, an Obama appointee, at the U.S. District Court for the Southern District of Indiana, Indianapolis Division.

FFRF is a national state/church watchdog with more than 21,500 members, including 350 in Indiana.