Friendly atheists featured on 11 billboards in Chicago this month

Eleven friendly and thought-provoking billboards featuring members of the Freedom From Religion Foundation and its chapter, the FFRF Metropolitan Chicago Chapter, are going up this week in Chicagoland in a public relations campaign to introduce area atheists and agnostics to their community. Additional billboards will be placed early next year.

The billboards feature the faces of local atheists, agnostics and freethinkers along with their personal freethought “testimonials.”

Tom Cara, chapter director, from Niles, is pictured next to his slogan: “Kindness comes from altruism, not from seeking divine reward.”

A freethinking family, Liz, Chris, Sylvie, Ian and Charlie Calato of Huntley, is featured and identified as atheists. Their message? “Finding purpose & meaning together . . . religion free!”

Hemant Mehta of Naperville, a young atheist celebrity who runs the popular “Friendly Atheist” blog, says “I’d rather put my faith in me.”

“We are here to challenge you to think for yourself!” says Kimberly Veal, of Chicago, identified as “social justice activist . . . Freethinker & Humanist.”

Retired teacher Mary Schulatz of Chicago proclaims, “I believe in reason and logic!”

“Free of faith, fear and superstition,” says Evan Kane of Highland Park, who calls himself a “real estate scientist.” Kane is active with the FFRF Chicago chapter.

Trader and atheist Joel Frazin, Chicago, says: “Equality for all shouldn’t be constrained by any religion.” IT Executive, father and atheist Kenner Estes, Chicago, notes: “Atheism does not dampen my wonder.” Chicago’s Drew Bekius, a former pastor who is now a freethinker, explains: “I’m following truth beyond belief.”

“I put my faith in science,” is the billboard message of Alan Wagner, Sterling, a musician and atheist. Grandmother Kathi Wise of Palatine, pictured on a lavendar billboard, affirms, “Life is good for this life-long atheist.”

FFRF, a state/church watchdog based in Madison, Wis., is the nation’s largest association of atheists and agnostics with more than 21,500 members, including more than 800 members in Illinois. FFRF debuted the “Out of the Closet” campaign in Madison in 2010 and has taken the personalized campaign to Columbus, Tulsa, Raleigh, Phoenix, Nashville, Portland, Spokane, Sacramento, Cleveland and Akron.

“Research shows that atheists and other nonbelievers remain at the bottom of the totem pole when it comes to social acceptance. One reason for that is that even though at least 20% of the population today is nonreligious in the United States, many Americans have never knowingly met an atheist,” said Annie Laurie Gaylor, FFRF co-president. “We’re trying to change that.”

You don’t have to be on a real billboard to participate in FFRF’s “out of the closet” campaign. Make your own “virtual billboard” or upload a short freethought video statement. 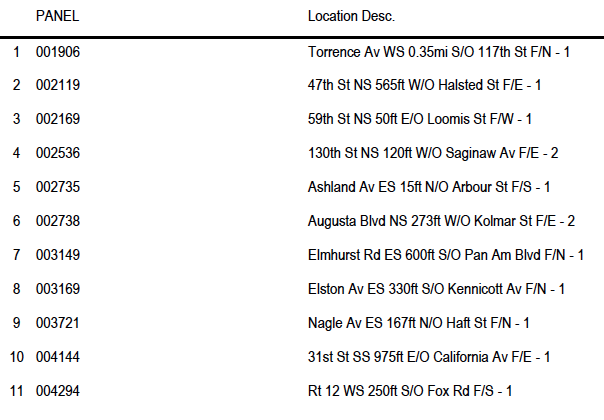