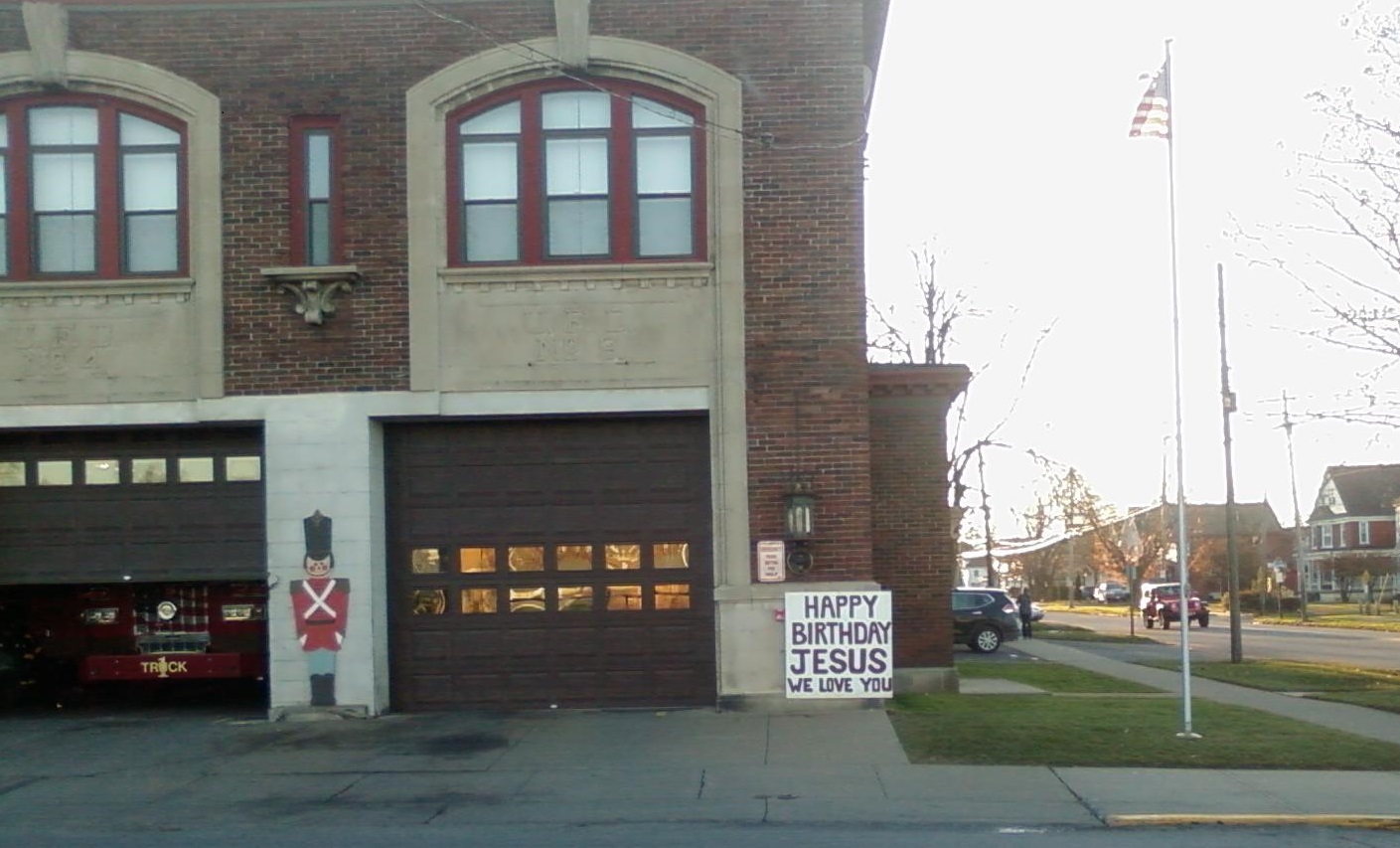 The Freedom From Religion Foundation sent a second complaint to the City of Utica, N.Y., after the Utica Fire Department Station 4 once again put up a prominent sign outside its main building reading "HAPPY BIRTHDAY JESUS WE LOVE YOU."

FFRF originally sent a letter to Utica Fire Chief Russell Brooks in April 2014, asking him to ensure the sign was not displayed this year, after a local complainant alerted FFRF that the sign had been put up during the 2013 holiday season.

Brooks responded, citing a letter of support he had received from the Thomas More Law Center, whose name honors the prominent Roman Catholic critic of the Protestant Reformation. The center sent Brooks a memorandum on nativity scenes. Brooks apparently took the memo as license to continue to display the religious sign.

After receiving word that the display was up again this year, FFRF Staff Attorney Rebecca Markert sent another letter Wednesday to Utica Mayor Robert Palmieri: "The sign at Fire Station 4 explicitly invokes the name Jesus, an exclusively Christian god, and makes a direct statement in support of that deity ("WE LOVE YOU"), on behalf of the station and City. This is precisely the sort of religious endorsement prohibited by the Establishment Clause."

Markert cited the Supreme Court case County of Allegheny v. ACLU of Pittsburgh, in which the court ruled, "The government may acknowledge Christmas as a cultural phenomenon, but under the First Amendment it may not observe it as a Christian holy day by suggesting people praise God for the birth of Jesus."

"About 20% of Utica citizens are nonreligious and others follow non-Christian faiths — and that includes Utica firefighters. The Utica Fire Department should not send them this exclusionary and alienating message," said FFRF Co-President Annie Laurie Gaylor. "How would Brooks feel if his local government put up a sign saying, 'Happy Birthday, Mohammed. We love you!'? This sign is equally inappropriate because government bodies should not take sides on religion."

Gaylor suggested that the fire chief should put this "juvenile" sign up on his own lawn, and stop misusing his civil office to promote personal religious views.