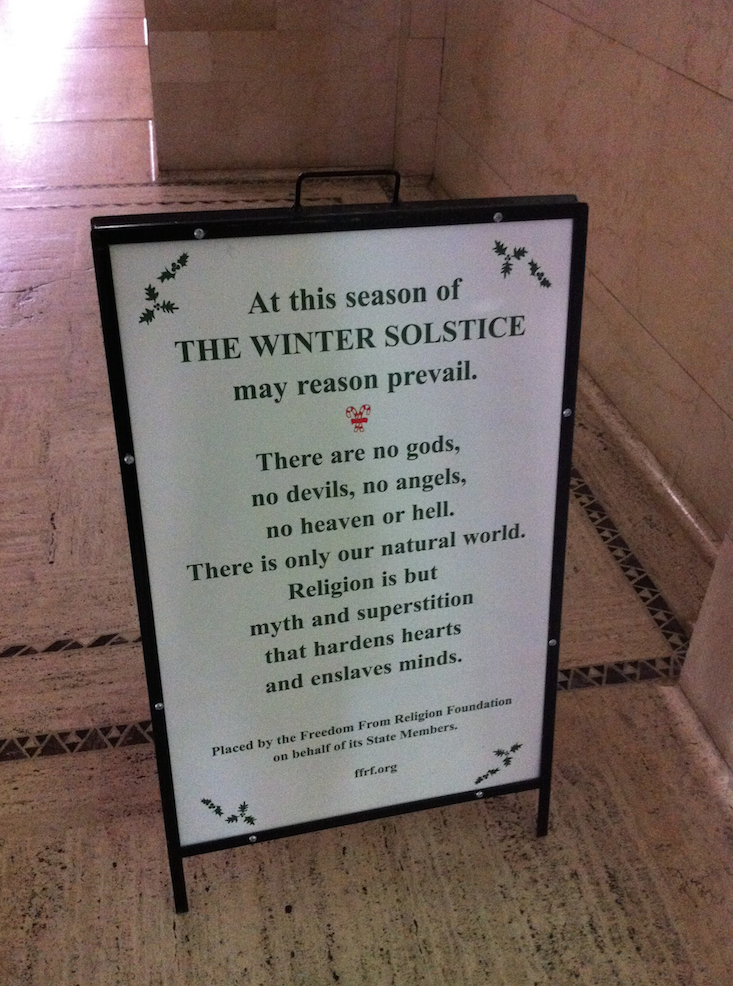 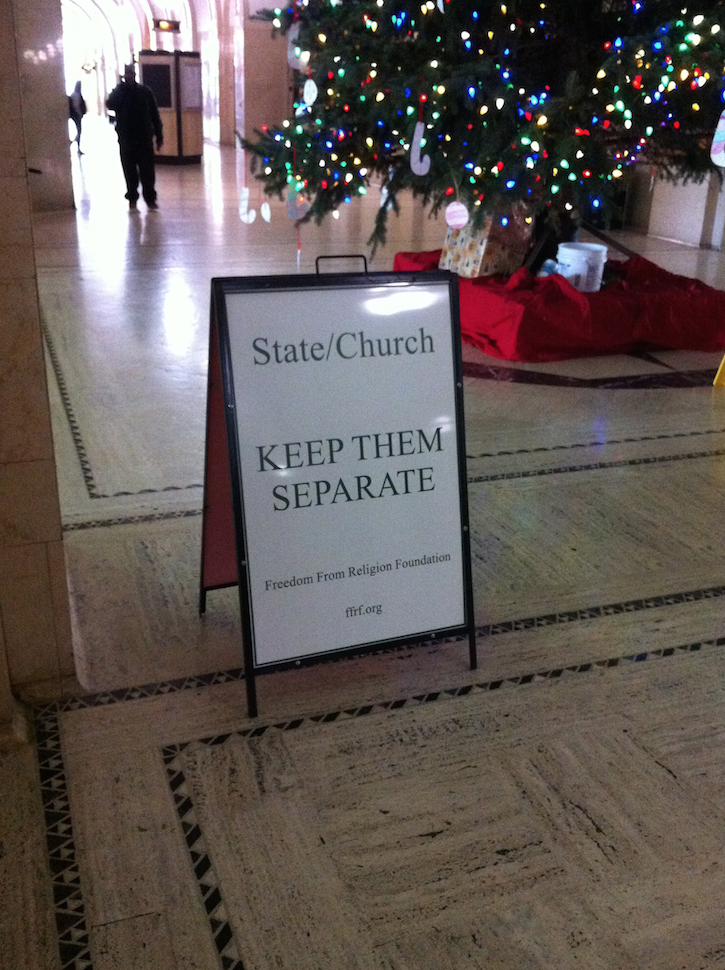 The Freedom From Religion Foundation's Winter Solstice sign has returned to the Milwaukee County courthouse for the fourth year in a row. The Madison, Wis.-based state/church watchdog has more than 21,500 nonreligious members, including more than 1,200 in Wisconsin.

FFRF placed the winter solstice message alongside devotional tchotchkes to point out that if a religious viewpoint is displayed on public property, dissent from religion must also be permitted. PEW surveys indicate that one in five Milwaukee County residents is nonreligious, and one in three young persons.

The Winter Solstice sign counteracts an inappropriate nativity scene placed in the courthouse in December since 2009.

"This is our courthouse, too, supported with our tax dollars, and if religion is going to be there, there has to be 'room at the inn' for the nonreligious perspective," says FFRF Co-President Dan Barker.

"At this season of the Winter Solstice, let reason prevail. There are no gods, no devils, no angels, no heaven or hell. There is only our natural world. Religion is but myth and superstition that hardens hearts and enslaves minds."

The back of the sign urges: "State/Church: Keep Them Separate."

The Winter Solstice, occurring this year on Dec. 21, is the shortest, darkest day of the year, signaling the rebirth of the sun and the natural new year. It's been celebrated for millennia with festivals of light, feasts, gift exchanges and the display of evergreens, which symbolize enduring life.

"We nonbelievers are quite willing to celebrate the fun parts of anybody's holidays. Just spare us the schmaltz, the superstition — and the state/church entanglements," adds Annie Laurie Gaylor, who co-directs FFRF.

FFRF thanks Kurt Bocksenbaum for his activism.