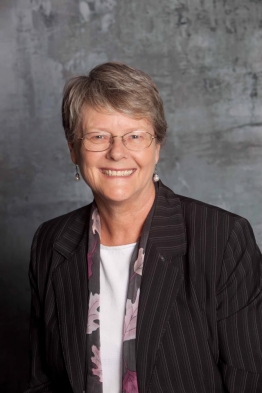 The Freedom From Religion Foundation has successfully stood up for equal rights of the nonreligious by forcing the US Office of Customs and Immigration Services to strike down a unconstitutional requirement for religious documentation that would have barred an atheist from becoming a citizen.

Margaret Doughty, a 30-year resident of the United States and also an atheist, applied to the Houston Office of United States Customs and Immigration Services to become a citizen. Doughty is 64-years-old, has lived in the United States for more than 30 years as a permanent resident running non-profit adult literacy organizations, and was honored by

Elizabeth II for her service to education. She is an atheist. All citizenship applicants must take an oath to bear arms for this country before full citizenship is granted. Exemptions to this oath are permitted for those who object to war based “religious training and belief.”

FFRF Staff Attorney Andrew Seidel wrote USCIS in a June 14 letter noting that US Supreme Court precedent does not require any religious test to receive an exemption to bear arms. “This exemption requires only a deeply held belief in not bearing arms or serving in the armed forces. Anything more, such as a requirement to document the belief with a particular church, is a gross violation of the law and the Constitution,” Seidel wrote.

Ms. Doughty asked for an exemption to the oath:

"I am sure the law would never require a 64-year-old woman like myself to bear arms, but if I am required to answer this question, I cannot lie. I must be honest. The truth is that I would not be willing to bear arms. Since my youth I have had a firm, fixed and sincere objection to participation in war in any form or in the bearing of arms. I deeply and sincerely believe that it is not moral or ethical to take another person’s life…”

The Houston USCIS admitted the sincerity of Ms. Doughty’s belief, but, in violation of the precedents cited by Seidel, required Doughty to submit religious documentation proving the belief:

Failure to submit the document by June 21, could have resulted in a denial of Doughty’s application. As an atheist, Doughty could not produce official religious documentation or her religious beliefs—but she did get in touch with FFRF.

Seidel protested this illegal burden in strong language: “It is shocking that USCIS officers would not be aware that a nonreligious yet deeply held belief would be sufficient to attain this exemption. This is a longstanding part of our law and every USCIS officer should receive training on this exemption.” Seidel wrote, “Either the officers in Houston are inept, or they are deliberately discriminating against nonreligious applicants for naturalization.“

FFRF requested that Ms. Doughty be granted an exemption to the oath and also a full investigation into the illegal imposition of the church letter requirement on other applicants. On June 20, Doughty was informed that her case was “escalated to the highest level at USCIS” and the “request for evidence” — the religious documentation — was withdrawn. In a phone conversation with Seidel, Doughty expressed her gratitude for FFRF’s prompt action in defense of atheists.

Seidel commented: “We’re thrilled to have helped the courageous Margaret Doughty become a citizen and know she will be an asset to this country.” But, according to Seidel, FFRF still has concerns: “How many other applicants without Ms. Doughty’s experience, level of cultural immersion, and grasp of English have had, or will have, a similar burden imposed on them? We intend to pursue this matter with USCIS until the ineptitude or discrimination is rooted out of that office. Nonbelievers are welcome in America.”

Ms. Doughty is no longer required to get a letter from a church. She received the following statement:

This Service has carefully and thoroughly reviewed your naturalization case and the documentation received from the office of Congressman Blake Farenthold. In light of the full explanation in support for your request for an exemption from bearing arms as it relates to the naturalization oath, this Service hereby withdraws the request for evidence (RFE) issued on June 7, 2013. This Service accepts your detailed statement in satisfaction of the information requested by the RFE. Your application for naturalization has been approved. Attached is a notice informing you that you have been scheduled to be naturalized on Wednesday, June 26, 2013. Please follow the instructions on the notice. Congratulations.

By Sarah Eucalano with Andrew Seidel