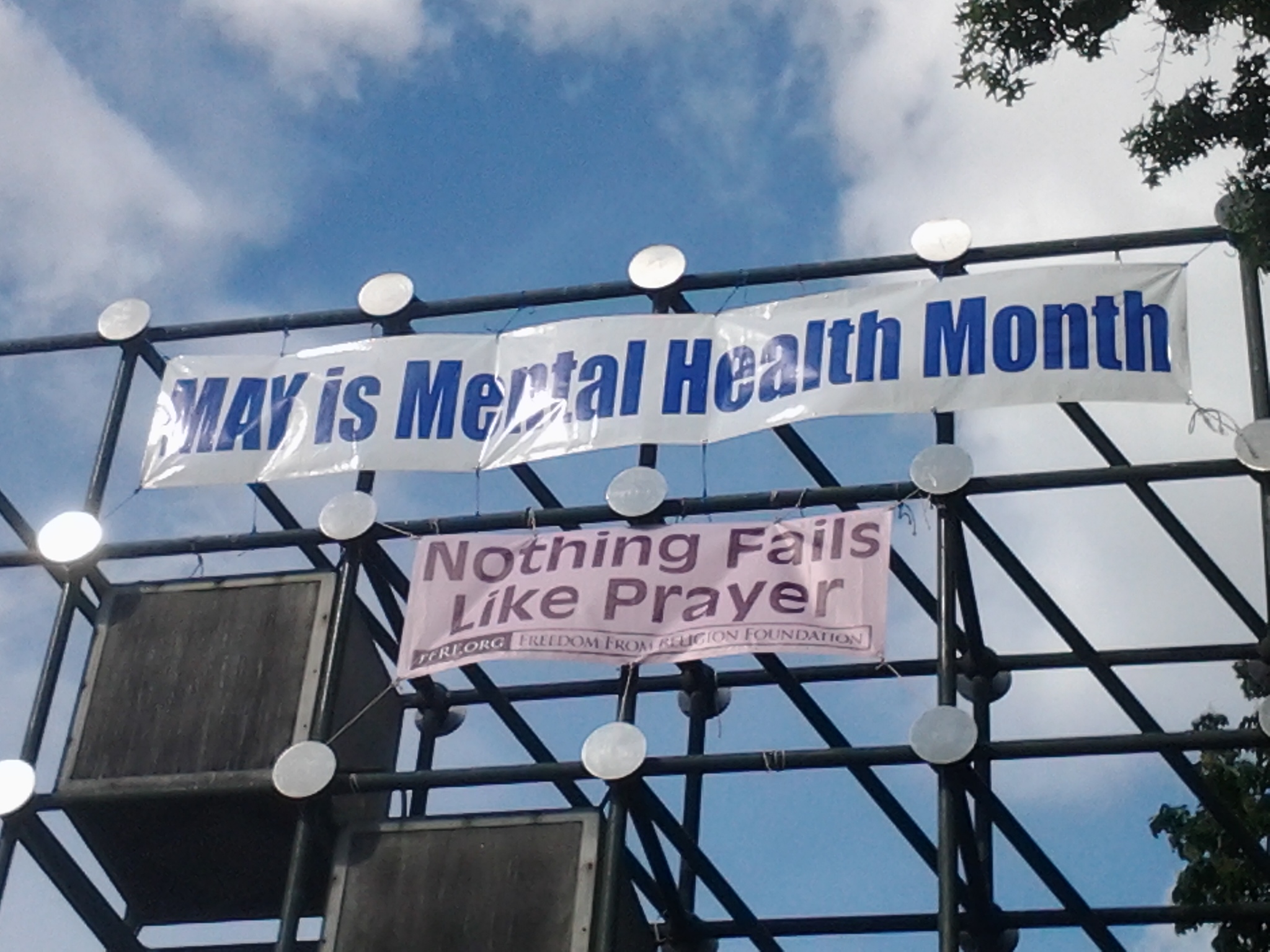 Wilkes-Barre student Justin Vacula, in conjunction with the Freedom From Religion Foundation, has just arranged placement of a colorful banner saying "Nothing Fails Like Prayer" in Public Square in downtown Wilkes-Barre, Penn. The banner is in response to a banner placed by a religious group earlier in May for the National Day of Prayer promoting a scheme to "circle the Square with Prayer."

The banner is on a scaffolding structure owned by the city and made available for banner displays. FFRF, the Madison, Wis.- based association of 19,000 freethinkers (atheists and agnostics), paid $50 for the permit, which was arranged by Vacula. Vacula is one of more than 650 Pennsylvania members of the group, which also functions as a state/church watchdog.

Vacula and FFRF had placed a freethought Winter Solstice message last December to counter various religious displays at Public Square. The banner was partially cut by an identified vandal and was left hanging by the city for some time.

FFRF has litigated the National Day of Prayer, an act of Congress in 1952 suggested by Rev. Billy Graham requiring the president to enjoin citizens to prayer annually. FFRF won a decisive ruling in its case, FFRF v. Obama, in federal court in 2010 (overturned on standing by an appeals court). Last year, FFRF won a victory against the Colorado Day of Prayer in Colorado State Appeals Court, and has an ongoing lawsuit in state court against the Arizona Day of Prayer.

"The United States government has no business whatsoever suggesting that Americans 'turn to God in prayer and meditation' as is suggested by the National Day of Prayer proclamation. Governments should not be telling or asking citizens to engage in religious activities," commented Vacula.

"As we say around our office: Nothing fails like prayer. The unanswered prayers could fill the universe. Wishful thinking cannot suspend the natural laws of the universe. Anything humanity needs to accomplish we must do ourselves, and we think it's time pious politicians get off their knees and get to work!" said FFRF Co-President Annie Laurie Gaylor.