There are 2 entries for this date: David Attenborough and Ella E. Gibson 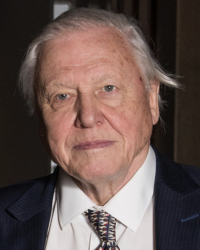 On this date in 1926, Sir David Attenborough was born in London, England. He is the brother of Lord Richard Attenborough, the director and actor. He graduated from Cambridge University in 1947 with a degree in Natural Sciences and then spent two years in the Royal Navy.

Attenborough was married to Jane Elizabeth Ebsworth Oriel from 1950 until her death in 1997. They have two children. He was never religious and was not brought up with faith. “It never really occurred to me to believe in God,” Attenborough said in a 2009 interview with Radio Times. “And I had nothing to rebel against. My parents told me nothing whatsoever. But I do remember looking at my headmaster delivering a sermon, a classicist, extremely clever ... and thinking, he can’t really believe all that, can he? How incredible!”

When Radio Times asked Attenborough why he never credited God in his nature documentaries, Attenborough responded: “They always mean beautiful things like hummingbirds. I always reply by saying that I think of a little child in East Africa with a worm burrowing through his eyeball. The worm cannot live in any other way, except by burrowing through eyeballs. I find that hard to reconcile with the notion of a divine and benevolent creator.”

Attenborough addressed evolution in his BBC documentary “Charles Darwin and the Tree of Life” (2009): "Evolution is as solid a historical fact as you could conceive.” 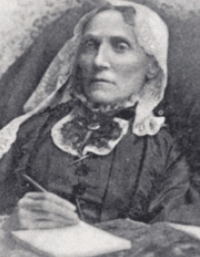 On this date in 1821, Ella Elvira Gibson was born in Winchendon, Mass. After teaching school, she married John Hobart in 1861. He was appointed chaplain of the Wisconsin 8th Volunteer Infantry Regiment and she worked alongside him before being appointed chaplain of the 1st Wisconsin Heavy Artillery Regiment after her 1864 ordination. Secretary of War Edwin Stanton refused to muster her because she was a woman. Despite that, she served at her post at Fort Lyon in Alexandria, Va., through the end of the war.

By an act of Congress in 1869, pay for her services was belatedly approved in the amount of $1,210. She did not receive her pension until 1876, then distributed most of it to freethought causes, which she had embraced soon after the war. She had divorced Hobart in 1868 and assumed her maiden name.

While serving, Gibson contracted malaria, which severely disabled her. Even when confined to bed, she wrote for nearly every freethought newspaper in the U.S. and edited "The Moralist" during the early 1890s. Her book The Godly Women of the Bible by an Ungodly Woman of the Nineteenth Century, the first such treatment of the bible, was published by The Truth Seeker Co. in the 1870s and was continuously in print for the next three decades.

She died at age 79 in Barre, Mass. No funeral was held and her remains were cremated. A  hundred years later, a military appropriations bill in 2001 granted her the rank of captain in the Chaplains Corps of the U.S. Army. (D. 1901)

“The abominable laws respecting [women in the Bible] ... are a disgrace to civilization and English literature; and any family which permits such a volume to lie on their parlor-table ought to be ostracized from all respectable society.”

—Gibson, "The Godly Women of the Bible by an Ungodly Woman of the Nineteenth Century"