There are 4 entries for this date: International Blasphemy Day , Phil Plait , Truman Capote and Ta-Nehisi Coates 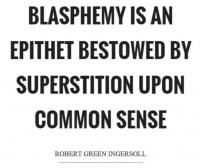 Today is International Blasphemy Day, observed on this day to coincide with the anniversary of the 2005 publication of satirical drawings of Muhammad in the Danish newspaper Jyllands-Posten, which set off a furor among Muslims. 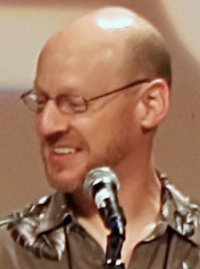 Plait frequently gives talks that focus on astronomy and debunking myths and skepticism. The last slide of his presentation at TAM 6, a skeptic conference in Las Vegas, said, "The Universe is cool enough without making up crap about it." His blog, Bad Astronomy, has won many awards and was named one of the 25 best blogs of 2009 by Time magazine. He became the president of the James Randi Educational Foundation in 2008 but left after a short stint to pursue television projects. He has been a part of many science documentaries, and the Discovery Channel featured him in the documentary "Bad Universe."

His books include Death from the Skies!: The Science Behind the End of the World (2009) and Bad Astronomy: Misconceptions and Misuses Revealed, from Astrology to the Moon Landing Hoax" (2002) and 27 Nerd Disses: A Significant Quantity of Disrespect (with Zach Weinersmith, 2013). He is married to Marcella Setter, with whom he runs Science Getaways based in Boulder, Colo., which provides vacation adventures.

—Plait in a talk called “Don't Be a Dick” at The Amazing Meeting 8, a conference put on by the James Randi Educational Foundation ( July 2012) 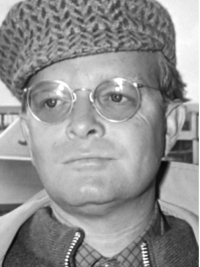 On this date in 1924, Truman Capote was born Truman Streckfus Persons in New Orleans, La. His mother, Lillie Mae Faulks, was only 17 when he was born and she was married to a “ne’er do well” salesman, Arch Persons. As a result his childhood was turbulent. He was sent to live with his unmarried adult cousins in Monroeville, Ala., where he lived for a time and visited regularly throughout his life.

In Monroeville, he met his lifelong friend, Nelle Harper Lee, author of “To Kill a Mockingbird.” When Capote was 11, he moved to New York City with his mother and her second husband, Joe Capote, who adopted him. The family lived in style on Park Avenue until it was discovered that Joe was embezzling from his company. Ashamed of her husband’s crime and distraught over losing her lavish lifestyle, his mother killed herself when Capote was 30.

Capote had been interested in writing from an early age and was encouraged by the cousins who raised him and by a high school English teacher. While he was in high school, he worked as a copyboy at The New Yorker, where he began to establish himself as a personality among a glittering social circle of writers, artists and cultural elites. He published several pieces in Harper’s Bazaar and Mademoiselle magazine. In 1948 he published his first book, the autobiographical “Other Voices, Other Rooms.”

He became a literary star, penning 17 books and collections of short stories in his lifetime, including the famous novella “Breakfast at Tiffany’s” (1958) and the true crime “In Cold Blood” (1966), both of which were turned into movies. Harper Lee worked as a researcher with him on the latter. He was very devoted to his social life, which included some of the most influential individuals of his era. Capote had a long-term love affair with writer and playwright Jack Dunphy, which lasted until Capote’s death in 1984 from complications of alcoholism.

Although Capote spent much of his childhood in the highly religious South, he was not religious himself: “But, my dear, so few things are fulfilled: what are most lives but a series of incompleted episodes? 'We work in the dark, we do what we can, we give what we have. Our doubt is our passion and our passion is our task.' It is wanting to know the end that makes us believe in God, or witchcraft, believe, at least, in something.” (“Other Voices, Other Rooms.”) D. 1984.

Photo by Eric Koch/Anefo: Capote at the Netherlands premiere in 1968 of the film "In Cold Blood." 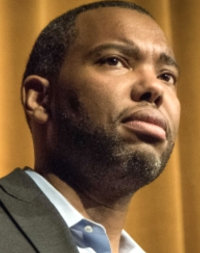 On this date in 1975, writer Ta-Nehisi Coates was born in Baltimore, Md. His father, William, was a former Black Panther who stayed at home to care for their large family while his mother, Cheryl, was the family’s breadwinner. Coates wrote about his childhood in his memoir “The Beautiful Struggle” and the impact that ongoing violence and crime had on him and his siblings.

Coates enrolled in Howard University but dropped out to become a journalist. After joining The Atlantic magazine, he became one of its widely read writers about race, history and politics. He won the 2012 Hillman Prize for Opinion and Analysis Journalism and the 2014 George Polk Award for his feature article “The Case for Reparations,” in which he wrote, “More important than any single check cut to any African American, the payment of reparations would represent America’s maturation out of the childhood myth of its innocence into a wisdom worthy of its founders.” He left his position as national correspondent for The Atlantic in 2018.

Coates was a Martin Luther King Visiting Professor at the Massachusetts Institute of Technology from 2013-14. He gives talks across the country about writing, race, politics, and white supremacy in America. He and his wife Kenyatta Matthews have a son, Samori Maceo-Paul Coates.

In 2015 he recieved a MacArthur "Genius" Award. His signature book, a New York Times 2015 best-seller, is Between the World and Me, which takes the form of a poignant letter to his teenage son. In it he wrote, "Perhaps struggle is all we have because the god of history is an atheist, and nothing about this world is meant to be. So you must wake up every morning knowing that no promise is unbreakable, least of all the promise of waking up at all. This is not despair. These are the preferences of the universe itself: verbs over nouns, actions over states, struggle over hope."

His 2008 memoir about his father and himself is The Beautiful Struggle. We Were Eight Years in Power: An American Tragedy (2017) collected new and previously published essays on the Obama era. In 2016 he co-wrote a critically acclaimed graphic novel series titled “Black Panther and the Crew” for Marvel Comics that revived its Black Panther character, the first black superhero in mainstream American comics, first appearing in 1966. Coates continued as head writer until Marvel canceled the series in 2017 after six issues. Marvel capitalized on the revived popularity of the character with the 2018 hit movie “Black Panther,” with a sequel scheduled for release in 2020.

“I am an atheist. (I have recently realized this.) I don't believe the arc of the universe bends towards justice. I don't even believe in an arc. I believe in chaos. I believe powerful people who think they can make Utopia out of chaos should be watched closely. I don't know that it all ends badly. But I think it probably does.”