There are 2 entries for this date: Xenophanes of Colophon (Quote) and Charlie Parker 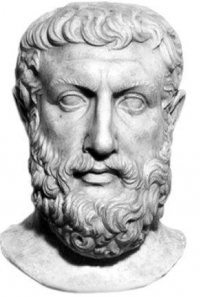 “The Ethiopians say that their gods are snub-nosed and black, the Thracians that theirs have light blue eyes and red hair.” 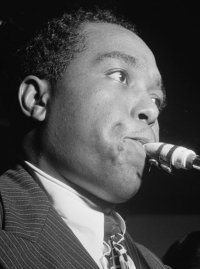 On this date in 1920, American jazz soloist, saxophonist and composer Charles Parker Jr. was born in Kansas City. Parker was known by the nickname “Yardbird” or, alternatively, “Bird,” and many of his best-known compositions — “Ornithology,” “Bird Gets the Worm,” “Bird of Paradise” — contain references to this moniker. A virtuosic improviser, Parker’s work was crucial to the development of bebop, an uptempo and harmonic style of jazz. A student of classical music and an admirer of composer Igor Stravinsky, Parker was an advocate for jazz musicians of the Beat Generation.

Parker’s addiction to heroin, which he developed as a teen after he was given morphine for an auto accident, plagued him all his life. Parker’s collaborations with pianist Thelonious Monk, drummer Kenny Clarke and guitarist Charlie Christian are often cited as major developments in the New York City jazz scene. Parker’s music displayed a mastery of the jazz technique known as “contrafact,” wherein the musician imposes his or her own original melodies over existing jazz standards.

After his death in New York at age 34, Parker’s body was flown back to Missouri to respect his mother’s wishes. He received a Christian funeral, which Chan Berg, his common-law wife and mother of his two children, lamented due to Parker’s lifelong atheism. His daughter had died at age 3 the year before. The official causes of Parker's death were lobar pneumonia, a bleeding ulcer, advanced cirrhosis and a heart attack. The coroner who performed his autopsy mistakenly estimated his age at between 50 and 60. (D. 1955)

"A confirmed atheist, he had not been inside a church in years."