There are 2 entries for this date: Tom Petty and John Dewey 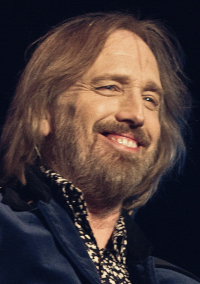 On this date in 1950, musician Thomas Earl Petty was born in Gainesville, Fla. Petty described his relationship with his father, an insurance salesman, as tumultuous, but he was close to his mother and his brother Bruce. When he saw the Beatles perform on "The Ed Sullivan Show" in 1964, he became focused on making his way as a musician. He dropped out of high school at 17 to tour with one of his early bands, Mudcrutch. The band moved to Los Angeles to pursue a record deal, but broke up and became known as Tom Petty and the Heartbreakers in 1975.

In 1976 they released their first album, which included the hit singles “American Girl” and “Break Down.” They continued to release a string of successful albums throughout the 1970s and '80s. In 1988 Petty joined with George Harrison, Roy Orbison, Bob Dylan and Jeff Lynne of ELO to form the Traveling Wilburys, a side project that won a Grammy in 1990. In 1989 Petty released his first solo album, “Full Moon Fever,” featuring “Free Fallin' ” and “I Won’t Back Down.” The album “Wildflowers” was released in 1994. The following year he won a Grammy for “You Don’t Know How It Feels.”

Petty was married twice, first to Jane Benyo, with whom he had two daughters. The couple divorced in 1996. In 2001 he married Dana York and became a stepfather to her son. Tom Petty and the Heartbreakers was inducted into the Rock and Roll Hall of Fame in 2001. Petty continued to record albums until the final years of his life, releasing his most recent album with the Heartbreakers in 2014.

The album was somewhat controversial and contained a bonus track, “Playing Dumb,” that deals with the sex abuse epidemic and cover-up in the Catholic Church. When asked about the song during an interview with Billboard magazine (July 29, 2014), Petty explained, “If I was in a club, and I found out that there had been generations of people abusing children, and then that club was covering that up, I would quit the club. And I wouldn't give them any more money.”

He died at age 66 on Oct. 2, 2017 of an accidental drug overdose, ruled the Los Angeles County medical examiner. His wife later told Billboard that he had put off having surgery for a fractured hip in order to go on a final tour: "That's why he wouldn't go to the hospital when his hip broke. He'd had it in mind it was his last tour and he owed it to his longtime crew, from decades some of them, and his fans."

“A lot of people really struggle to find out what they want to do in life, but I knew as soon as I saw Elvis Presley, when I was 11. From that point, music became my religion, my nourishment.” 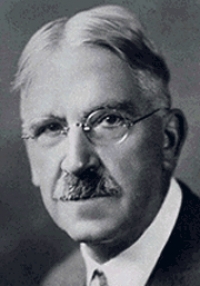 Of his more than 40 books, many of his most influential concerned education, including My Pedagogic Creed (1897), Democracy and Education (1902) and Experience and Education (1938). He was one of the founders of the philosophy of pragmatism. A humanitarian, he was a trustee of Jane Addams' Hull House, supported labor and racial equality and was at one time active in campaigning for a third political party. He chaired a commission convened in Mexico City in 1937 inquiring into charges made against Leon Trotsky during the Moscow show trials.

Raised by an evangelical mother, Dewey had rejected faith by his 30s. Although he disavowed being a "militant" atheist, when his mother complained that he should be sending his children to Sunday school, he replied that he had gone to Sunday school enough to make up for any truancy by his children. As a pragmatist, he judged ideas by the results they produced. As a philosopher, he eschewed an allegiance to fixed and changeless dogma and superstition.

He sat on the advisory board of the First Humanist Society of New York, was one of the original 34 signatories of the first Humanist Manifesto in 1933 and was elected an honorary member of the Humanist Press Association in 1936. He once said that since he was not a theist, he thought that made him an atheist but he preferred to be known as a humanist.

Dewey married Harriet Alice Chipman in 1886 shortly after she graduated with a bachelor of philosophy degree from the University of Michigan. They had six children and adopted another. After she died from cerebral thrombosis in 1927. Dewey married Estelle Roberta Lowitz Grant in 1946 and they, despite Dewey being 87, adopted two siblings. He died of pneumonia in 1952.

"[H]ave not some religions, including the most influential forms of Christianity, taught that the heart of man is totally corrupt? How could the course of religion in its entire sweep not be marked by practices that are shameful in their cruelty and lustfulness, and by beliefs that are degraded and intellectually incredible?"