There are 2 entries for this date: Fred Whitehead and Bill Maher 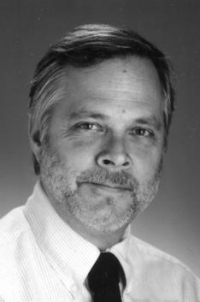 On this date in 1944, Fred Whitehead was born in Pratt, Kansas. He graduated from the University of Kansas in 1965 and earned his Ph.D. in English from Columbia University in 1972. Whitehead, an editor and freethought historian, edited the quarterly newsletter Freethought History, which describes the history of atheism and freethought. He writes articles for publications, including Free Inquiry.

With Verle Murher, Whitehead edited Free-thought on the American Frontier (1992), a collection of essays from early freethinkers of the American West. Whitehead and Murher wrote: “From the earliest days of colonization, there has been a struggle between Christianity and freethinkers on this continent.” In 1989 Whitehead was given an Award for Exceptional Service by the Kansas Writers Association. He edited Culture Wars: Opposing Viewpoints, published in 1994.

“Far from being marginalized, as is presently the case, nineteenth-century freethought was a social movement at the core of our national life.” 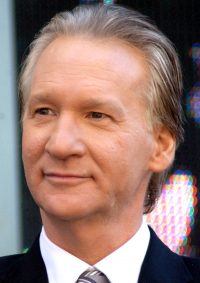 On this date in 1956, William Maher was born in New York City to a Jewish mother and Catholic father. He was raised Catholic until age 13, when his father quit the church due to its anti-abortion stance. Maher, a comedian, political commentator and television host is known for the HBO talk show "Real Time with Bill Maher" (2003 to this writing in 2023) and the late-night show "Politically Incorrect (1993–2002), originally on Comedy Central and later on ABC.

He was raised in River Vale, N.J., and attended Cornell University, graduating with majors in history and English. Maher started his stand-up comedy career in 1979. Maher has also written several best-sellers, including True Story (2005), Does Anybody Have a Problem with That? Politically Incorrect's Greatest Hits (1997), When You Ride Alone, You Ride With Bin Laden (2002), New Rules: Polite Musings from a Timid Observer (2006) and The New New Rules: A Funny Look at How Everybody But Me Has Their Head Up Their Ass (2011). He was number 38 on Comedy Central's 2005 list of the 100 greatest stand-up comedians of all time. He received a Hollywood Walk of Fame star in 2010.

Maher's comedy often throws comedic punches at organized religion. "Religulous" (2008), one of the highest grossing documentaries of all time, features Maher interviewing believers from different faiths, which generates many laughs and concludes with a more serious warning on the danger of religion. He said on "Real Time" on Feb. 17, 2006: "New rule: If churches don't have to pay taxes, they also can't call the fire department when they catch fire. Sorry reverend, that's one of those services that goes along with paying in. I'll use the fire department I pay for. You can pray for rain."

He has been strongly criticized by the mainstream medical community for his often expressed skepticism about "Western" medicine and the efficacy and dangers of vaccines and for having show guests who promote "anti-vax" views. The consensus is that Maher, with no medical or science training, is spreading potentially fatal misinformation. Dr. David Gorski, a surgeon and graduate program faculty member at Wayne State University, says that "HBO, by airing Maher’s show, is complicit in spreading antivaccine quackery to a worldwide audience." (Science-Based Medicine online, Nov. 4, 2019.)

He said on "Real Time" in April 2008: "If you have a few hundred followers and you let some of them molest children, they call you a cult leader. If you have a billion, they call you pope." He told Jay Leno on "The Tonight Show" in 2004: "I hate religion. I think it's a neurological disorder." Maher lines from “Religulous," in which he refers to himself as agnostic:

"When I hear from people that religion doesn't hurt anything, I say, really? Well besides wars, the Crusades, the Inquisitions, 9-11, ethnic cleansing, the suppression of women, the suppression of homosexuals, fatwas, honor killings, suicide bombings, arranged marriages to minors, human sacrifice, burning witches, and systematic sex with children, I have a few little quibbles. And I forgot blowing up girl schools in Afghanistan."