There are 2 entries for this date: Peter O'Toole and James Baldwin 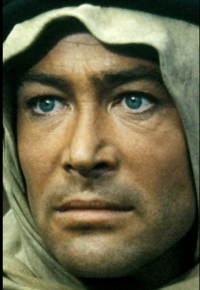 On this date in 1932, Peter O’Toole was born in Connemara, Ireland. When he was 16 he began working at the Yorkshire Evening News, but his journalism career was cut short when he was drafted into the navy. O’Toole later attended the Royal Academy of Dramatic Art, where he began acting in the theater. Starting in 1955, he spent three years apprenticing as a Shakespearean actor with Bristol Old Vic, a prominent theater company in Bristol, where he performed in over 70 productions.

O’Toole described himself as a “retired Christian” to The New York Times in 2007, as well as during an interview with Charlie Rose on PBS in 2008. He told the Times that he prefers “an education and reading and facts” to faith. In 1972 he played a delusional character who believed he was Jesus in the film “The Ruling Class.” During the film, O’Toole’s character says, “When did I realize I was God? Well, I was praying and I suddenly realized I was talking to myself.” D. 2013.

Public domain photo: O'Toole in "Lawrence of Arabia" in 1962.

“I am a retired Christian.” 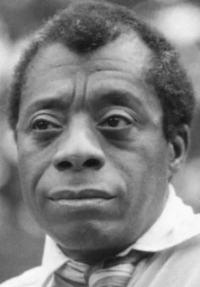 On this date in 1924, writer James Arthur Baldwin (né Jones) was born in New York City to Emma Berdis Jones and an unknown father. His mother later married David Baldwin, a minister and factory worker who adopted him. The family, which included Baldwin’s eight siblings, led a life of poverty in Harlem. Baldwin had a particularly troubled relationship with his abusive and religious stepfather. He attended DeWitt Clinton High School and was a preacher for a Pentecostal church during his early teenage years.

At age 17 he left his family and traded Harlem for Greenwich Village to pursue a writing career. He eventually relinquished his religion and committed fully to his literary ambitions. He worked for a few years as a freelance writer, befriending novelist Richard Wright. After earning a scholarship in 1945 and publishing his first major essay, “The Harlem Ghetto,” Baldwin moved to Paris, where he spent most of his life. He published his best-known work, “Go Tell It on the Mountain,” in 1953 and wrote numerous novels, essays and poetry, including “Notes of a Native Son” (1955) and Giovanni’s Room (1956). He also wrote the plays The Amen Corner (1955) and Blues for Mister Charlie (1964), both well received.

Much of his work was inspired by 20th century social movements as well as his experiences living as a poor, black and homosexual man in a country that largely shunned these characteristics. For a while Baldwin returned to the U.S. to assist with the civil rights movement, for which he became a voice. He received the George Polk Award in 1963 for his journalism and was inducted into La Légion D’Honneur, the prestigious French order, in 1986. He continued writing and maintained a professorship at Hampshire College and the University of Massachusetts until his untimely death from stomach cancer at age 63. D. 1987.

“If the concept of God has any validity or use, it can only be to make us larger, freer, and more loving. If God cannot do this, then it is time we got rid of him.”