There are 3 entries for this date: Auguste Comte , Edgar Allan Poe and Julian Barnes 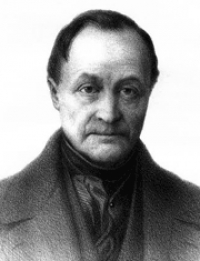 On this date in 1798, Auguste Comte, the founder of positivism and generally considered the father of sociology, was born in Montpellier, France. A mathematical prodigy, he rejected belief in God by age 14. He gave a series of lectures on positive philosophy in 1826, which were eventually published. Positivism is defined as a theory stating that certain ("positive") knowledge is based on natural phenomena and their properties and relations. Thus, information derived from sensory experience, interpreted through reason and logic, is the source of much knowledge.

He married Caroline Massin in 1825. "The Course of Positive Philosophy" ("Cours de Philosophie Positive") was a series of texts he wrote between 1830 and 1842. The works were translated into English by Harriet Martineau and abridged to form The Positive Philosophy of Auguste Comte, published in 1853. He was a close friend of John Stuart Mill.

In the 1840s he developed Religion de l'Humanité (Religion of Humanity) for positivists to fulfill the cohesive function once held by traditional worship. His ideas contributed to the rise of ethical culture societies and secular humanism. He died of stomach cancer in 1857.

"Daily experience shows that the ordinary morality of religious men is not, at present, in spite of our intellectual anarchy, superior to that of the average of those who have quitted the churches. The chief practical tendency of religious conviction is ... to inspire an instinctive and insurmountable hatred against all who have emancipated themselves, without any useful emulation having arisen from the conflict."

—"The Positive Philosophy of Auguste Comte" (1853) 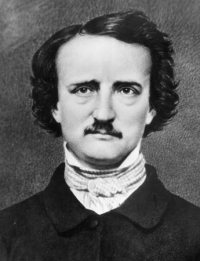 On this date in 1809, writer Edgar Allan Poe was born in Boston. When his parents, both actors, died before he was 3, he was adopted by John Allan, who educated him in London and Virginia. Poe attended the University of Virginia for one year before dropping out. He began writing poetry, served in the U.S. Army for two years and was awarded a prize for a short story in 1833. He moved to Baltimore and lived with his widowed aunt and her daughter, Virginia, and began editing the Southern Literary Messenger.

He married his 13-year-old cousin, Virginia Clemm, in 1836 and moved with her to New York City and Philadelphia, living in poverty while in search of better writing positions. His only complete novel, The Narrative of Arthur Gordon Pym of Nantucket (1838), was followed by Tales of the Grotesque and Arabesque (1839), The Pit and the Pendulum (1842), The Tell-Tale Heart (1843) and other works classified as tales. Poe is considered a pioneer of thrillers and detective fiction, writing The Murders in the Rue Morgue (1841), The Mystery of Marie Roget (1842), The Gold Bug (1843), and The Purloined Letter (1844).

The Raven, and Other Poems, was published to great acclaim in 1845. Virginia died of tuberculosis in 1847, inspiring Poe's famous poem "Annabel Lee." His "prose poem" Eureka, according to freethought historian Joseph McCabe, "embodies a Pantheism which is not far removed from Agnosticism." (A Biographical Dictionary of Modern Rationalists, 1920.) In it, Poe wrote that we know nothing about the nature of God, that nature and God are the same, and there is no personal immortality.

He died unexpectedly at age 40 in 1849 in Baltimore. The cause of his death was never resolved and was attributed at the time by newspapers to "congestion of the brain" or "cerebral inflammation," common euphemisms for alcoholism.

“Let us begin, then, at once, with that merest of words, 'Infinity.' This, like 'God,' 'spirit,' and some other expressions of which the equivalents exist in all languages, is by no means the expression of an idea — but of an effort at one. It stands for the possible attempt at an impossible conception.” 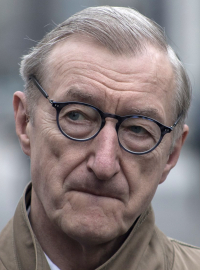 On this date in 1946, Julian Barnes was born in Leicester, England. He attended the City of London School, and graduated from Magdalen College in 1968 with a degree in modern languages. He became a reviewer and editor for the New Statesman and New Review in 1977 and worked as a television critic for the New Statesman from 1979-86. Barnes has published 18 novels (some under the pseudonym of Dan Kavanagh) as of this writing. The Sense of an Ending won the 2011 Booker Prize. The most recent are The Noise of Time (2016), The Only Story (2018) and The Man in the Red Coat (2019).

Barnes married literary agent Pat Kavanagh in 1979 and was widowed in 2011 after Kavanagh died of a brain tumor. He is the author of Nothing to be Frightened Of, a 2008 memoir focusing on death and mortality. “I don’t believe in God but I miss him,” Barnes proclaimed in the opening sentence. In a 2008 interview with Maclean’s magazine, he further explained, “I regard myself as a rationalist.”