There are 3 entries for this date: Barack Hussein Obama Sr. , Lisa Randall and Roger Ebert 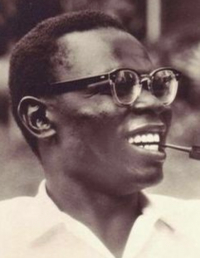 On this date in 1936, Barack Hussein Obama Sr., father of future president Barack Obama II, was born near Kendu Bay, Kenya, then a British colony. Obama studied at the University of Hawaii in Honolulu, earning a bachelor’s in economics in 1962. He'd met Ann Dunham on campus in 1960 and they married the next year after she became pregnant. President Obama was born to Dunham and Obama Sr. on Aug. 4, 1961, at Kapiolani Medical Center for Women and Children in Honolulu.

Obama Sr. first married in 1954 and had two children with his wife Kezia. President Obama has noted that his father was mostly absent from his childhood since his parents divorced when he was 2.

Obama earned a master’s in economics in 1965 from Harvard University. He returned to Kenya and ultimately became a senior economist in the Kenyan Ministry of Finance. He last saw Barack Obama II when he was 10. Altogether he had four wives and eight children.

The last years of  his life were markedly difficult after he lost his government position due to conflicts with President Jomo Kenyatta. He'd lost both legs in an auto accident and died in another auto accident in Kenya at age 46. D. 1982.

“ [A]lthough my father had been raised a Muslim, by the time he met my mother he was a confirmed atheist, thinking religion to be so much superstition.” 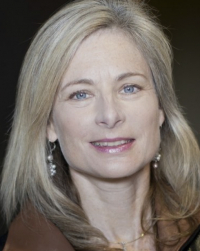 On this date in 1962, particle physicist Lisa Randall was born in Queens, N.Y., the second of three daughters of a sales representative father and stay-at-home mother. She and her younger sister Dana, now a computer science professor at Georgia Tech, went to Stuyvesant, a math-and-science high school in Manhattan.

She was the first female captain of her high school math team and at 17 won first place in the Westinghouse Science Talent Search for her project on a type of complex number called perfect Gaussian integers. She graduated from Harvard University in three years and earned a 1987 Harvard Ph.D. in theoretical particle physics in four years.

Randall was the first woman tenured in physics at Princeton University, then moved to MIT before returning in 2001 to Harvard, where as of this writing in 2019 she is Frank B. Baird Jr. Professor of Science. Her current research focuses in large part on the Large Hadron Collider and dark-matter searches and models.

Randall was among Time magazine's "100 Most Influential People" of 2007 and was one of 40 featured in Rolling Stone's 40th anniversary issue that year. She maintains a public presence through her writing, lectures and radio and TV appearances.

Her books include Warped Passages: Unraveling the Mysteries of the Universe's Hidden Dimensions (2005), Knocking on Heaven's Door: How Physics and Scientific Thinking Illuminate the Universe and the Modern World (2011), Higgs Discovery: The Power of Empty Space (2012) and Dark Matter and the Dinosaurs: The Astounding Interconnectedness of the Universe (2015). She wrote the libretto in 2016 to "Hypermusic Prologue: A Projective Opera in Seven Planes" by Spanish composer Hèctor Parra, who was inspired by Warped Passages.

"What’s striking about Randall’s writing is its urgency, perhaps because of the way she feels about science, which she has described as analogous to religion; physics, she writes, 'offers anyone some perspective when dealing with the foolishness of everyday life.' ” (The New Yorker, Oct. 29, 2016)

Asked if she believes in God by Discover magazine (July 29, 2006), Randall said: "There's room there, and it could go either way. Faith just doesn't have anything to do with what I'm doing as a scientist. ... So I probably don't believe in God. I think it's a problem that people are considered immoral if they're not religious. That's just not true. This might earn me some enemies, but in some ways they may be even more moral. If you do something for a religious reason, you do it because you'll be rewarded in an afterlife or in this world. That's not quite as good as something you do for purely generous reasons."

Randall is single. Asked in 2005 by The Guardian when she was 43 about having children, she said, "Children are the biggest issue for most women in science because, like it or not, society still sees women as the primary carers. Part of me really wants to have children, but another part of me wants to put it off as long as possible, because there is so much more work I want to do and I'm very intolerant of distractions."

"I want solutions and God just seems like such a cop-out." 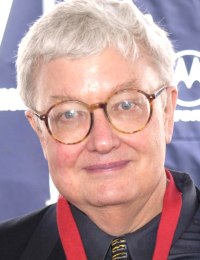 On this date in 1942, film critic Roger Ebert was born in Urbana, Illinois. Ebert became an icon in Chicago and around the world as a film critic whose reviews were honest, thoughtful and genuine. He attended the University of Illinois at Urbana-Champaign and graduated in 1964 with a degree in journalism. He was the editor of the university's newspaper, the Daily Illini, and wrote his first movie reviews there.

Ebert moved to Chicago after graduation and began covering stories for the city editor of the Chicago Sun-Times in 1966. He became the newspaper's movie critic in 1967, a position he held until his death over 40 years later. His work became syndicated in over 200 publications.

In 1975 he started a TV show with Gene Siskel, his counterpart at the Chicago Tribune. They became known for reviewing movies with either a thumbs up or a thumbs down. Ebert wrote many books, including several collections of movie reviews, a cookbook of recipes made with a rice cooker and a memoir. Ebert received honorary degrees from the American Film Institute and the University of Colorado at Boulder.

He won a Pulitzer Prize in Criticism in 1975, the first film critic to do so. He was also the first film critic with a star on the Hollywood Walk of Fame. In 2002 he was diagnosed with cancer of the thyroid and salivary glands and underwent several surgeries which removed part of his jaw and left him unable to speak. He continued to review movies throughout his illness and worked until shortly before his death.

Ebert, who grew up Catholic, chose not to define his religious beliefs, saying he is not an atheist and not a believer. He clarified his religious views in a blog post called "How I believe in God." He said, "I have never said, although readers have freely informed me I am an atheist, an agnostic, or at the very least a secular humanist — which I am. If I were to say I don't believe God exists, that wouldn't mean I believe God doesn't exist. Nor does it mean I don't know, which implies that I could know."

“I know it is coming, and I do not fear it, because I believe there is nothing on the other side of death to fear. I was perfectly content before I was born, and I think of death as the same state. What I am grateful for is the gift of intelligence, and for life, love, wonder, and laughter. You can't say it wasn't interesting.”