There are 2 entries for this date: Ira Gershwin and Peter Buck 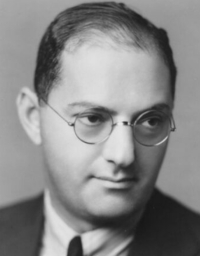 On this date in 1896, Ira Gershwin (né Israel Gershowitz) was born in New York City. He attended the College of the City of New York (1914–16), where he became interested in writing and music. His first foray into writing lyrics for Broadway plays was in 1921 for “Two Little Girls In Blue,” under the pseudonym Arthur Francis. Gershwin, a renowned lyricist, achieved worldwide fame with his brother George.

The Gershwins often composed scores for Broadway plays, including “Lady, Be Good” (1924), starring Fred Astaire, and the popular opera “Porgy and Bess” (1935). Ira Gershwin wrote the lyrics for classic songs such as “ ’S Wonderful” (1927), “I Got Rhythm” (1930) and “Nice Work If You Can Get It” (1937). He continued writing lyrics after George’s death in 1937, collaborating with other well-known composers. In 1932 he was awarded a Pulitzer Prize for his work with the musical “Of Thee I Sing” (1931), making him the first lyricist to earn a Pulitzer.

Gershwin was born to a secular Jewish family that practiced no religious rituals besides Passover. On Sabbaths, Gershwin’s mother made sure to close the curtains so her neighbors would not notice that she had not lit the Sabbath candles. Gershwin seemed to share his mother’s lack of faith. According to Gershwin by Rodney Greenberg (1998), during one Passover, Gershwin “wore a silly top-hat like a vaudeville comedian, and had rewritten the ancient text for maximum comic effect.” In 1935, Gershwin wrote the lyrics for the song “It Ain’t Necessarily So,” which is strongly atheist, ridiculing improbable bible stories such as the story of Jonah. (D. 1983)

“De t’ings dat yo’ li’ble
to read in de Bible
it ain’t necessarily so.” 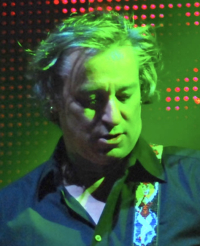 On this date in 1956, musician Peter Lawrence Buck was born in Berkeley, Calif., to Violet and Peter Buck. He grew up in California and Georgia and attended Emory University and the University of Georgia without graduating. He met future R.E.M. bandmates Michael Stipe,  drummer Bill Berry and bassist Mike Mills at the university in Athens while Buck also worked at a record store.

They started performing as R.E.M. in 1980. The band never confirmed, and Stipe once denied in sort of a half-hearted way, that the name stood for “rapid eye movement,” the dream stage of sleep when closed eyes dart around under their lids. Before an amicable breakup in 2011, the band sold over 85 million albums and was among the top draws on concert tours.

"They were born of the punk and new wave generation, but there was something comforting and soothing about their music, while still being stimulating. It was Byrds-ian, jangly folk-rock with an aura of mystery in it." (Rock and Roll Globe, Dec. 6, 2021) "Buck played guitar, bass, banjo and mandolin and was best-known, of course, for those open strings and chiming chords on his Rickenbacker."

Such was the group's cultural cachet that a 2001 episode of "The Simpsons" had them playing in Homer's garage/bar, thinking it was a rain forest benefit. Homer sang along on “It’s the End of the World As We Know It (And I Feel Fine)” before Stipe realized they'd been duped and angrily smashed a beer bottle. Buck admonished him: "That’s not the R.E.M. way,” and they pick up the glass to recycle it. (Ibid.)

"Losing My Religion" from the 1991 album "Out of Time" and featuring Buck's mandolin became R.E.M.'s highest charting U.S. hit and won two Grammys, including Best Pop Performance. That it wasn't about religion per se didn't stop some from embracing it as a sort of nontheist anthem. Stipe said the phrase was a Southern regionalism for "feeling frustrated and desperate," calling it a classic obsession song about unrequited love.

Buck released several solo albums starting in 2012, joined collaborative projects with other artists and contributed to albums by The Replacements, Billy Bragg, The Decemberists, Robyn Hitchcock, the Eels and others. He has also produced on recordings by several bands.

He married Barrie Greene, owner of Athens' 40 Watt Club, in 1987 and they divorced in 1994. He has twin daughters, Zelda and Zoe (b. 1994), with his second wife, Stephanie Dorgan. He became a partner in the Crocodile Café, the Seattle music venue she owned and where he often played with his band The Minus 5. They divorced in 2007. He married  Chloe Johnson in 2013 in Portland, Ore.

"The only responsibility is to ourselves. If we all found God tomorrow and wanted to do a gospel show, we would do it. I never will — I'm an atheist. But if we drive people away because of the music we're making or what we're saying, fine. Don't come in."