Contact your representative today to save abortion rights in Ariz. 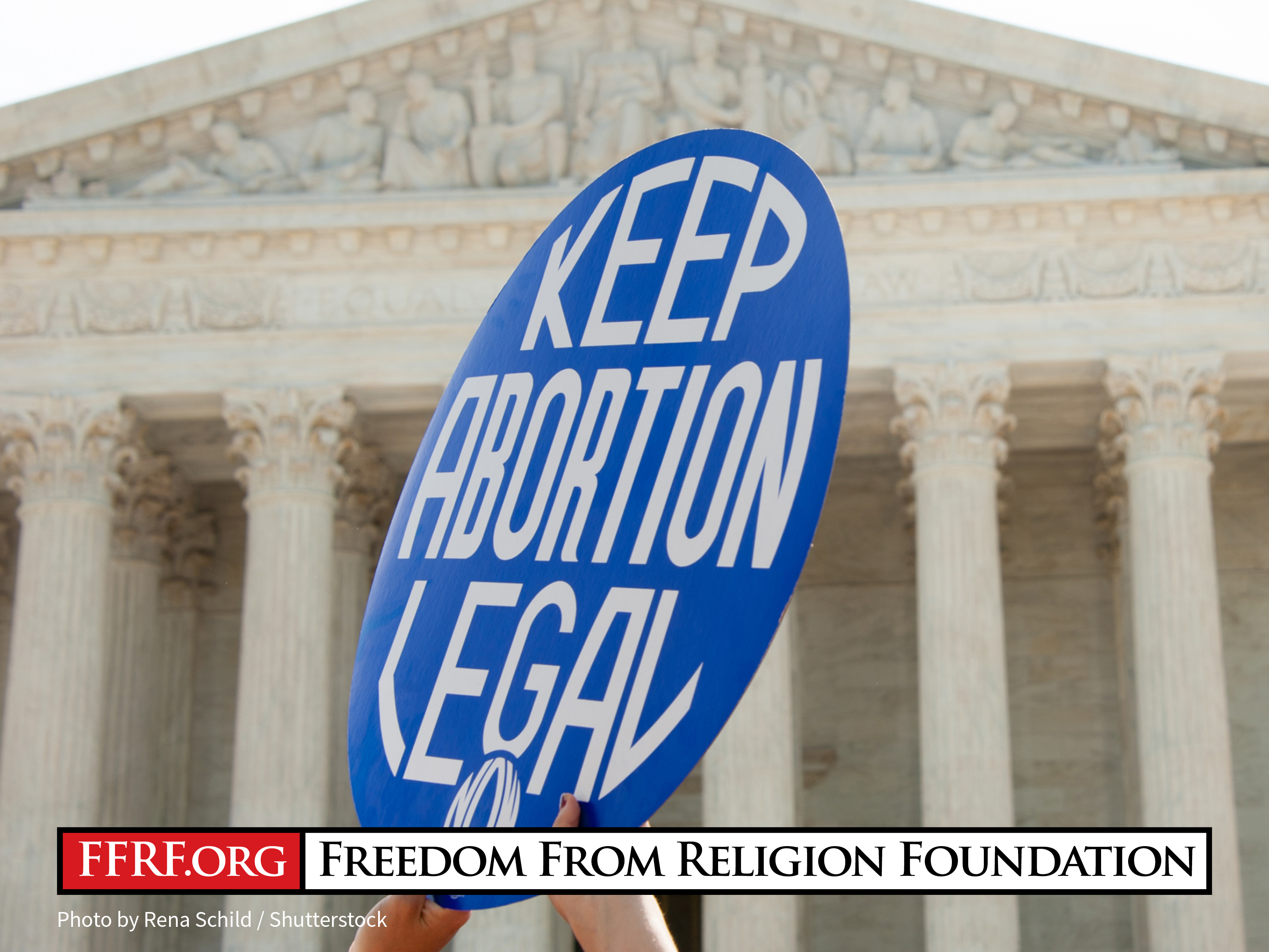 Help protect abortion rights in your state! FFRF is asking you to promptly contact your Statehouse representative to vote against SB 1146, a bill that has already passed the state senate and would ban abortion after 15 weeks.

Such a blatantly religiously influenced bill should not be allowed to proceed and take effect.

This bill, which is unconstitutional under Roe v. Wade, is similar to the Mississippi ban awaiting an early summer decision by the Supreme Court. Anti-abortion state legislators are counting on the high court to approve that ban and want to have a similar ban ready to go in Arizona. The bill has already passed the Arizona Senate, and Gov. Doug Ducey is ardently anti-abortion, so the Arizona House is the last chance to stop it.

This law would adversely affect the most vulnerable pregnant people in Arizona. Please urge your rep to stand up for reproductive health care rights by voting against this ban.

If you have not previously signed up for action alerts using FFRF’s new system, which debuted Feb. 3, 2022, there is a one-time requirement to fill in your name, email and address. Then our system will remember you and connect you to the correct governmental offices. (If you move addresses, please update this information accordingly.).

As your constituent, I am urging you to vote “no” on SB 1146, a bill to ban abortion care at 15 weeks. This callous attack on abortion rights will endanger the lives and safety of women in Arizona, and it is critical to me as a voter that you stop it in its tracks. With more than 70 percent of Americans opposing the overturn of Roe v. Wade, any bill aiming to restrict Roe is inconsistent with American values.