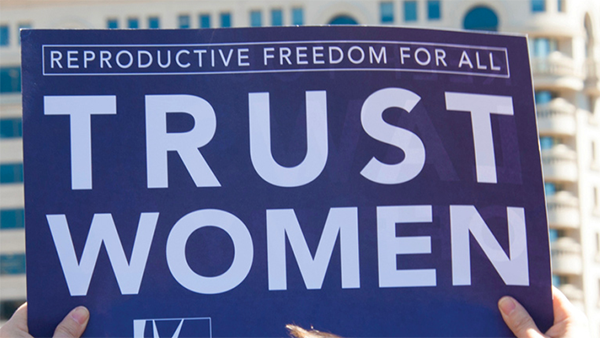 Please urge your U.S. representative now to stand up for secular values, science and women’s rights.

The full House floor is expected to begin voting on the federal budget next week. For the first time in 50 years, the budget does not contain the Hyde Amendment. The Weldon Amendment, passed since 2005, was also eliminated. Both of these riders severely restrict abortion care and access to millions of women throughout the United States, so we’re asking for your help to keep them out of the budget.

The religiously rooted Hyde Amendment is an annual appropriations rider banning federal funding for abortions with few exceptions. Low-income women on Medicaid (one in five women in the United States), those in the Indian Health Service Plan or the Peace Corps are essentially denied abortion care unless their state is one of the few to cover such care. The Hyde Amendment was first introduced in 1976 by the ultra-Catholic Rep. Henry J. Hyde of Illinois, whose Catholic convictions emboldened him to pass some of the most restrictive anti-abortion legislation in the country.

The Weldon Amendment is a rider that emboldens hospitals, insurance companies and health care professionals to deny women health care by refusing to provide, cover or refer abortion services based on “religious or moral grounds.”

Yet the majority of Americans (and 98.8 percent of FFRF members) believe that abortion should be legal in all or most cases. Help ensure that abortion access and equity is free from religious interference.

Please make your voice heard! Send a message to your U.S. House representative to pass a federal spending bill without the Hyde or Weldon Amendments.

As a secular voter, it is critical to me that you fulfill your promise to stand up for reproductive rights by voting for a federal spending budget that excludes the Hyde and Weldon Amendments. For decades, the Hyde Amendment has prevented underserved women from accessing safe abortion services, exacerbating the already grotesque inequalities that exist in U.S. health care access. Similarly, the Weldon Amendment has emboldened health care providers and insurance companies to restrict health care services due to the religious beliefs of corporate owners at the expense of the health and safety of millions of Americans. Please stand with the overwhelming number of Americans who believe abortion should be legal and vote for a federal budget without this destructive legislation. Thank you for safeguarding women’s reproductive rights.