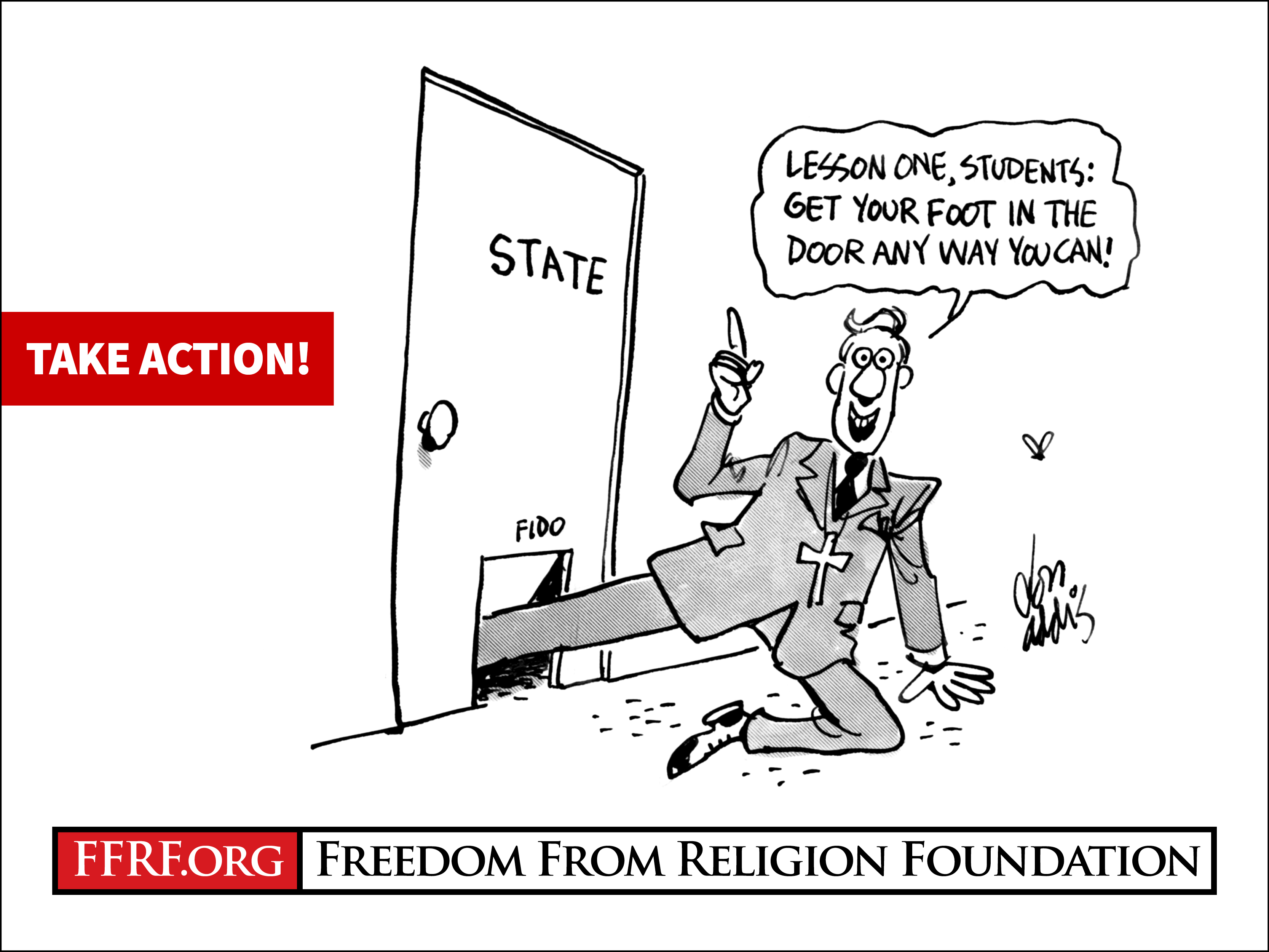 A few weeks ago, we asked you to tell New Hampshire representatives to oppose a dangerous bill that would permit public schools in the state to display “In God We Trust” in every building.

Despite opposition, this bill has passed the House and will now be considered by the state Senate. This is our last chance to stop this exclusionary bill before it heads to the governor’s desk to be signed into law.

This bill, HB 69, is part of the nationwide legislative push known as Project Blitz. Project Blitz seeks to inject state legislatures with a whole host of religious bills, imposing the theocratic version of a powerful few on We The People. It is an unvarnished attack on American secularism and civil liberties — those things we cherish most about our democracy and now must tirelessly defend.

While politicians claim that these laws are intended to showcase the national motto or inspire patriotism, it is clear that their true purpose is to peddle religiosity to a captive audience. These laws are about advancing the Big Lie that the United States was “founded on God” or Christianity, dismantling the wall of separation between religion and government. The motto “In God We Trust” is inaccurate, exclusionary and aimed at brainwashing American schoolchildren into believing that our nation is a theocracy.

Finally, HB 69 states that schools and school boards “shall be held harmless for complying with this section.” This will embolden schools to violate the Establishment Clause, and the state legislature cannot hold public schools “harmless” when they are brought to federal court for violating the U.S. Constitution.

Click on the red “Take Action” link below to contact the members of the New Hampshire Senate Education Committee and urge them to oppose HB 69. Feel free to use or adapt the talking points provided.