Take Action: Urge Congress to pass the Do No Harm Act 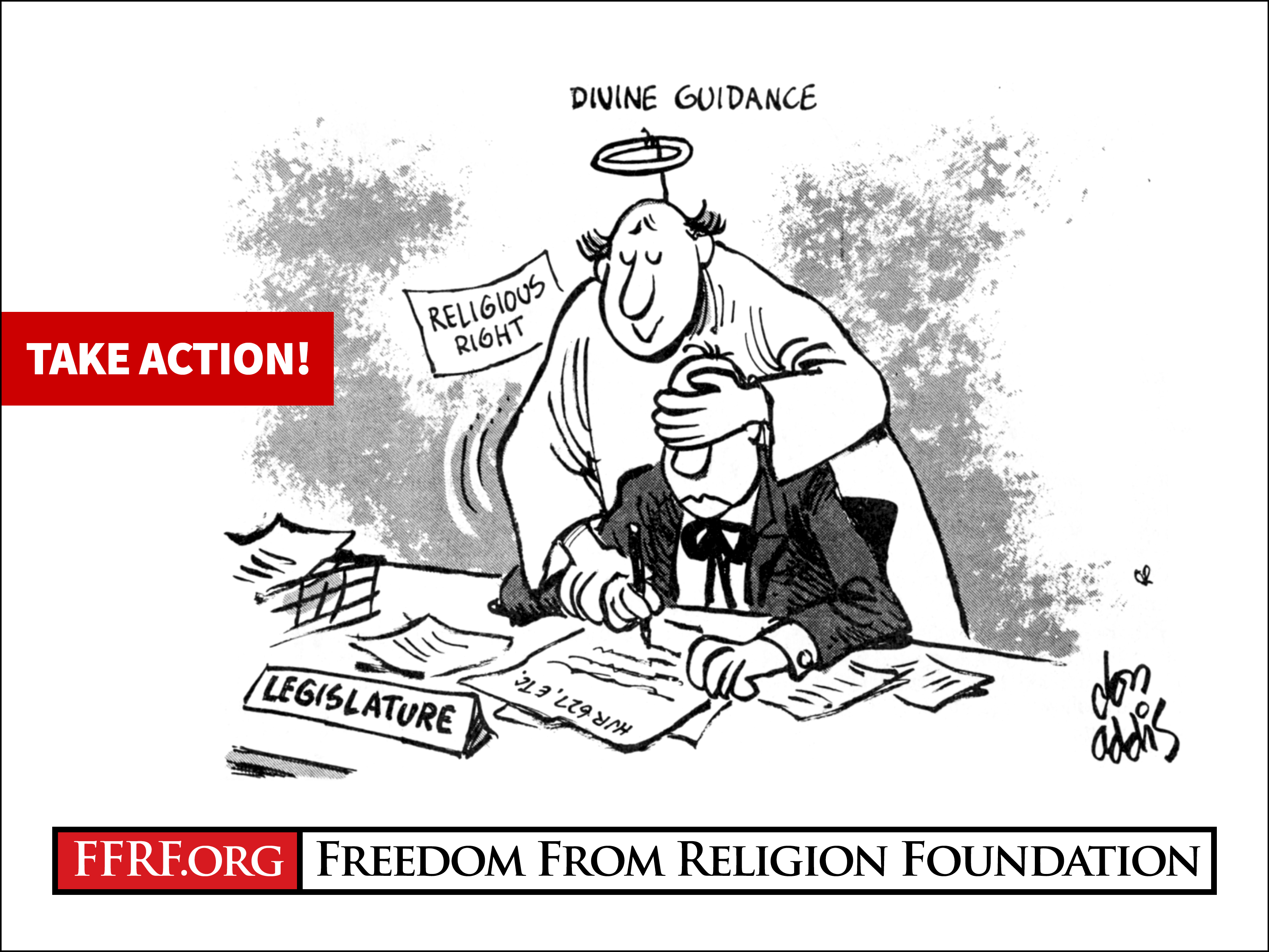 Members of Congress have reintroduced the Do No Harm Act, a crucial bill to curb the disastrous Religious Freedom Restoration Act (RFRA). Please take a moment to help ensure the bill makes a big splash by urging your representatives in Congress to support it.

When it was passed into law nearly 30 years ago, RFRA was purportedly intended to shield those with minority religious beliefs from the domination of the religious majority. As FFRF predicted at the time, however, the Religious Right has hijacked this law as an unfettered license to discriminate on behalf of the majority religion.

The Do No Harm Act is a common-sense bill that limits the laws RFRA applies to in order to make certain religious liberty cannot be wielded as a weapon to discriminate.

For instance, RFRA would no longer exempt believers from the Civil Rights Act, the Americans with Disabilities Act and the Violence Against Women Act. It also wouldn’t provide believers exemptions from laws that require employers to provide wages and other compensation or from laws that require coverage for any health care item. The Do No Harm Act, if enacted, could undo the damage caused by the U.S. Supreme Court’s Hobby Lobby decision in 2014. That ruling allows employers and for-profit corporations to deny women workers contraceptive coverage on the basis of religious offense.

Religious freedom is already protected under the First Amendment. The Do No Harm Act will bring us one step closer to restoring true equality by preventing discrimination in the name of religious belief. With the federal judiciary packed full of President Trump-appointed judges who were hand-selected for their support to redefine religious liberty, it is more important than ever that Congress take this important step.

We are proud that Congressional Freethought Caucus Co-Chair Rep. Jamie Raskin, Md., and member Rep. Steve Cohen, Tenn., are two of the lead sponsors of the bill.

Please click on the red “Take Action!” link below and follow the prompt provided. Feel free to use or adapt the talking points provided.