Abortion rights are on the chopping block in Arkansas 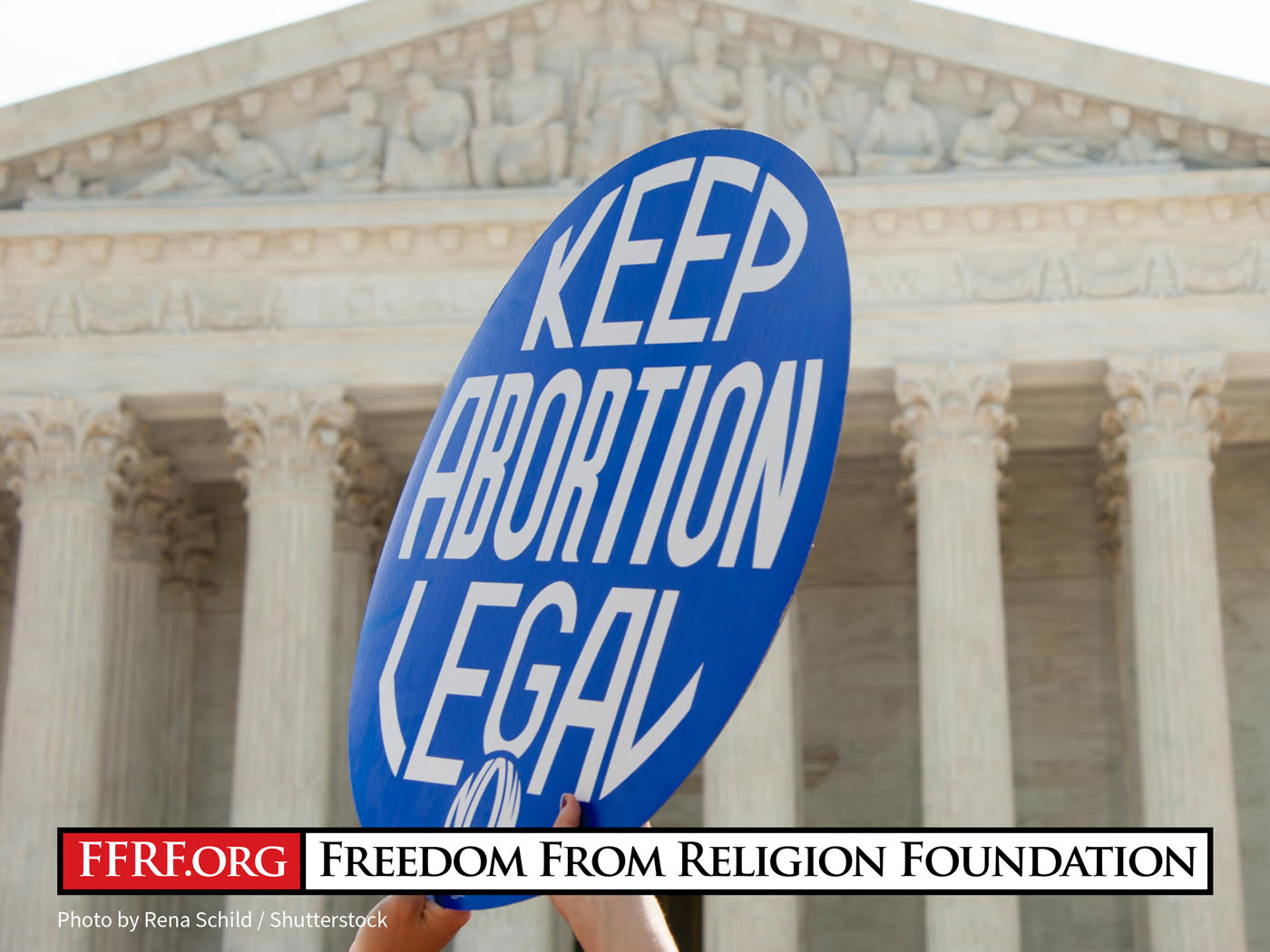 The Arkansas Legislature is advancing a dangerous bill that would effectively ban abortion in the state. Please take a few moments to urge your lawmakers to oppose this bill.

If passed, SB 6 would outlaw abortion except to save the life of the pregnant person or to end an ectopic pregnancy. This extremist legislation says that Roe v. Wade is a “gross injustice” and a “crime against humanity” and, shockingly, even compares abortion to the enslavement and disenfranchisement of African-Americans.

The bill codifies into law beliefs not based on science or morality, but on religion and so-called holy books. The Christian Right has been and remains the primary opponent to women’s reproductive rights. This bill is sponsored by state Rep. Jason Rapert, a Christian Nationalist whom FFRF sued in 2018 after his Ten Commandments monument was erected at the state Capitol.

The Arkansas Senate Committee on Public Health, Welfare and Labor has a hearing on this bill TOMORROW, Wednesday, Feb. 10, at 2 p.m. Please use our simple, automated system to contact all members of this committee and urge them to oppose this bill. Feel free to use or adapt the talking points provided.