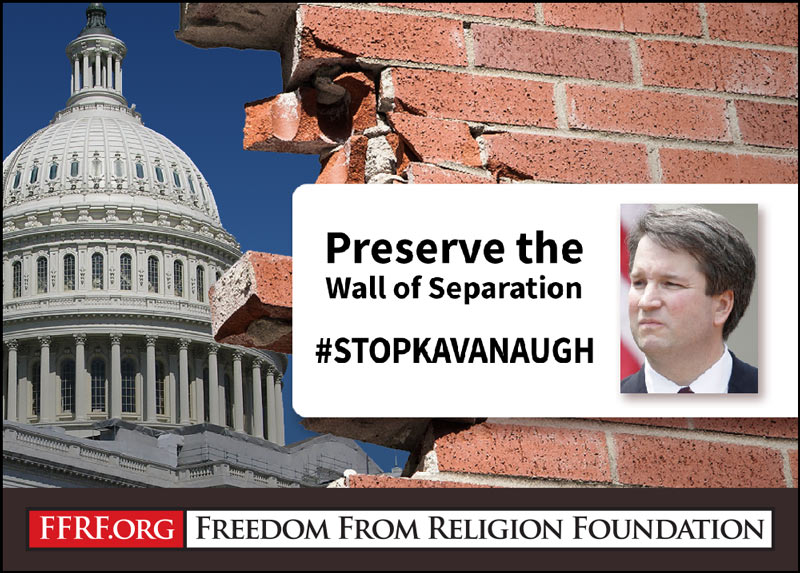 This morning, Trump’s Supreme Court nominee Brett Kavanaugh begins his confirmation hearing before the Senate Judiciary Committee. Even if you’ve previously contacted your two senators to oppose Kavanaugh, please call and email again now. Kavanaugh’s confirmation would be a disaster for the separation of church and state, our secular republic and our godless Constitution.

Kavanaugh’s judicial record makes it clear that landmark cases protecting the separation of state and church, as well as reproductive and LGBT rights, are at risk:

Kavanaugh’s confirmation would shift the Supreme Court to the Religious Right for more than a generation and would forever change the landscape of First Amendment law.

Even if your senators have indicated their plans to support or oppose Kavanaugh, it’s vital that you still contact them today. Your actions are never wasted – Senate offices DO feel the heat when constituents put pressure on them. Please don’t stay silent. The stakes could not be higher.

Click on the action button below to go to our fast, automated system. If you first want more details, read here.