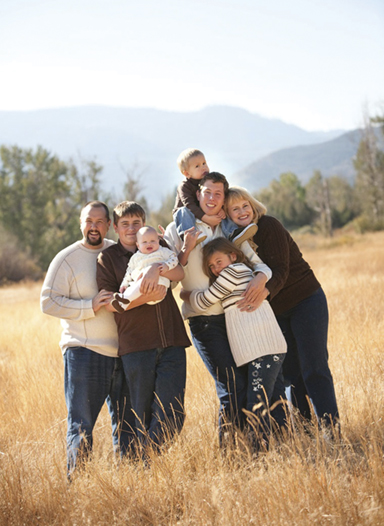 Most people probably know there’s little “real” religion in the Reno wedding chapel business. Seedy 4th Street “chapels” employ an army of greasy preachers, Elvis impersonators and other suspicious characters, all licensed by the great state of Nevada to solemnize marriages. With our “anything goes” mentality, atheist weddings must be as common as any employing a dead celebrity, right?

I got married in 2006 to my beautiful wife, Joy. Since Joy is agnostic, and I’m an out-of-the-closet atheist, we had a secular friend marry us. I later learned that our friend (a judge from out of state) had to present an online “ordination” to the county to perform our ceremony. That irritated me, but it was too late to protest. I forgot about it until a few years later when a friend was trying to become a wedding planner. The problems she had getting into that business got me rethinking my experience. I decided to call the Washoe County marriage license office to finally get answers.

“I am an atheist, and I want to perform wedding ceremonies,” I said to the clerk on the phone. It’s funny how loud a five-second silence can be.

“You have to be a minister,” she said.

“I don’t believe in god,” I said. “I have every right to get married how I please or to perform weddings for like-minded people.”

“Well, I’m sorry. That’s how the law is written. You have to talk to the Legislature.”

I looked up the law, which lays out in intimate detail how ministers get “licensed” by the state. The only secular option in the law, especially in big Nevada cities like Reno, is a wedding at the courthouse, meaning that if you are an atheist or agnostic, you can get married in a dingy government building by an indifferent bureaucrat. If you want to get married under the stars, on the shores of Lake Tahoe or anywhere else with natural splendor, you have to hire one of the many for-profit “preachers” licensed by the state.

The law also seemed intentionally vague, with no definition of “church,” for instance. I decided to pursue licensing myself, as an atheist, and started a blog to track my progress, called “The Atheist Wedding Project.” My first step was to get community support in the form of a mock congregation (hereafter called the nongregation).

Friends and like-minded family signed right up. I posted online ads and soon had 40 people, almost all Nevadans. I downloaded the “minister’s” application from the county, crossed off all references to “church” and “minister” and headed to the courthouse.

I was more nervous than I expected. I wore a sport coat and sat down in a chair in front of a middle-aged woman and plunked down my nongregation list and completed forms. She studied them, looked at me and said, “I think we get people like you sometimes, but I just don’t have an answer.”

I looked her in the eyes and said, “I demand a secular alternative to minister licensing. This is silly. The downtown chapels have nothing to do with Jesus or church, and we both know it.”

“I don’t know that. They might have a really nice service,” she said in an angry whisper and directed me to the next window.

The next official really studied my paperwork. “Well, OK. I think you have to have an official nonprofit to qualify,” he said. “You don’t have a nonprofit status, so I can’t license you.”

“If I start a nonprofit, then will you recognize me?”

“I don’t know about that, but I do know that you can’t go any further with what you have here.”

It was my first answer that wasn’t a straight-up “no.” If he wanted to see a nonprofit, I’d give him one.

I went to the secretary of state, researched and formed a nonprofit I named Citizens for a Secular Nevada. I got my wife and my brother to sign on as board members and submitted articles of incorporation that read in part: “Citizens for a Secular Nevada” (CSN) is an organization that works toward the equal treatment of atheists, agnostics, humanists and other freethinking Nevadans in education, government and society at large.”
Three weeks later, I got my nonprofit certificate in the mail and headed for my third encounter with the employees of Washoe County.

The same man again studied my paperwork and with barely a word, sent me into another room. A different woman there conferred with some other people in the office. The huddled group talked in whispers with occasional nods in my direction. Finally the first woman walked past me to a typewriter and started banging away at the keys.

“So, everything’s in order? You are going to license me?”

“I don’t see why not,” she said, “if you pass the background check.”

When I’d jumped through all the hoops, they had no legal way to deny my application. The background check was a snap, because like most secular Americans, I have no criminal background whatsoever. The woman at the sheriff’s office who fingerprinted me talked at length about her child’s baptism, her love of Jesus and the problem with families these days (not enough church!). My paperwork still said “minister licensing,” so either she didn’t read the fine print with the name of my organization or she didn’t understand the word “secular.” I sat quietly enduring a final indignity. About two weeks later, I got my permanent license in the mail.

I can now marry anyone, anytime. This experiment in equality cost me about $500 in fees, licensing, background checks and Web hosting, but it was worth it.

I performed my first wedding Dec. 19 in Carson City, marrying Cheryl to Ralph, an atheist and an agnostic. Cheryl had followed my blog as I tried to get licensed.

“Ralph said it was the best wedding he’d ever been to,” Cheryl wrote me later that day. I’d offered my services for free to the first couple, but they insisted on paying my fee of $50. Eddie, my son, served as usher.
A religious friend of mine told me recently that atheists “shouldn’t get married,” because “marriage is a sacrament of god.” He said I wasted my time getting licensed and getting married. That’s the most asinine statement I have ever heard.  I love my wife. Our wedding was a public commitment to each other in front of our friends and family.

I look forward to the day when all people, no matter what their beliefs or sexual orientation, are treated equally by this important societal institution.

Foundation member Edwin Lyngar, 37, lives in Reno with his wife, Joy, and their five freethinking children. His Web site is secularnevada.org.

(Editor’s note: Another option for a secular ceremony is to be married by a judge or magistrate. Many will perform a ceremony after hours outside the courtroom. A fee is typically expected.)