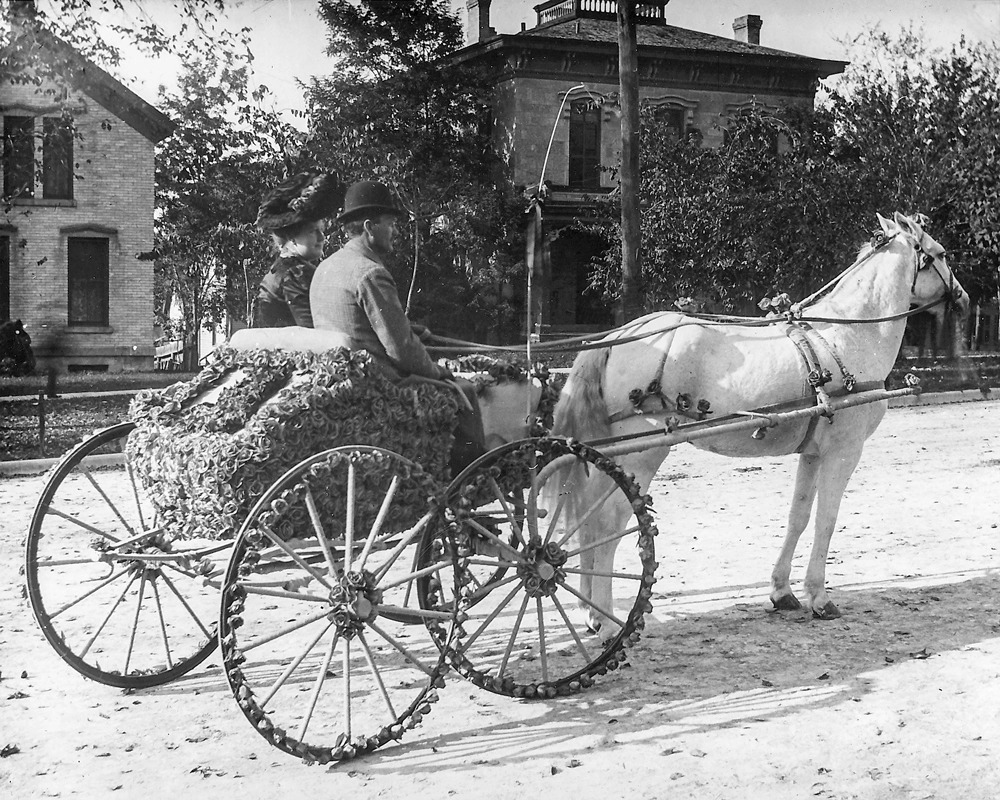 FREETHOUGHT HALL in downtown Madison, Wis., which serves as the national offices of the Freedom From Religion Foundation.

Freethought Hall was purchased in 1990 and then renovated and expanded in 2014. The original modest two-story building is now an impressive multilevel office building, with quadruple the previous office space.

The original sandstone structure was built as a family home in 1855. Its first known owner was an entrepreneur who had taken part in the California gold rush and later operated business in Wisconsin. Another early owner was a church! The building became a rectory for 20 years in the late 1880s.

In the 1940s the pioneer home was remodeled as a clinic with physicians placing an addition on the front of the building. A series of commercial ventures occupied the building until its cash purchase by FFRF.

One of the oldest buildings in downtown Madison, Freethought Hall underwent a major renovation and four-story addition beginning in 2014. The new addition was dedicated on Oct. 9, 2015.

The main entrance features a two-story lobby that leads to administrative offices on the addition’s first floor. A portrait of principal founder Anne Nicol Gaylor hangs in the lobby, which bears her name. A lobby wall is etched with the names of FFRF’s largest donors. Those giving $5,000 have been recognized on lobby plaques.

The second story is devoted to the legal department and includes the Diane Uhl Legal Wing. There are five offices for staff attorneys and carrels for up to eight legal interns and assistants. Also on the second floor is the Blanche Fearn Reception Room, which is part of the original building. 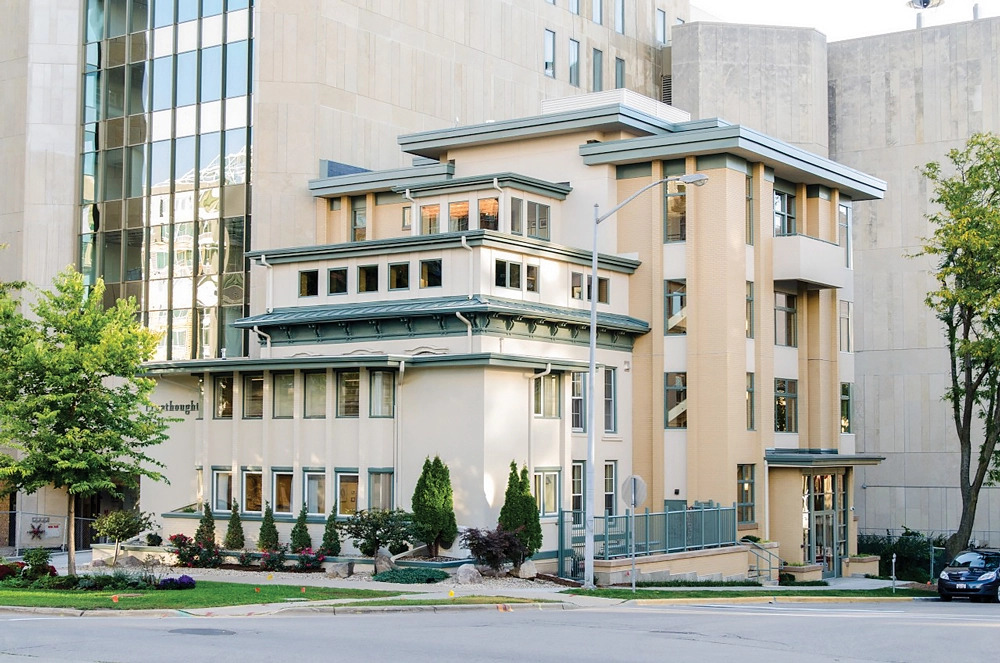 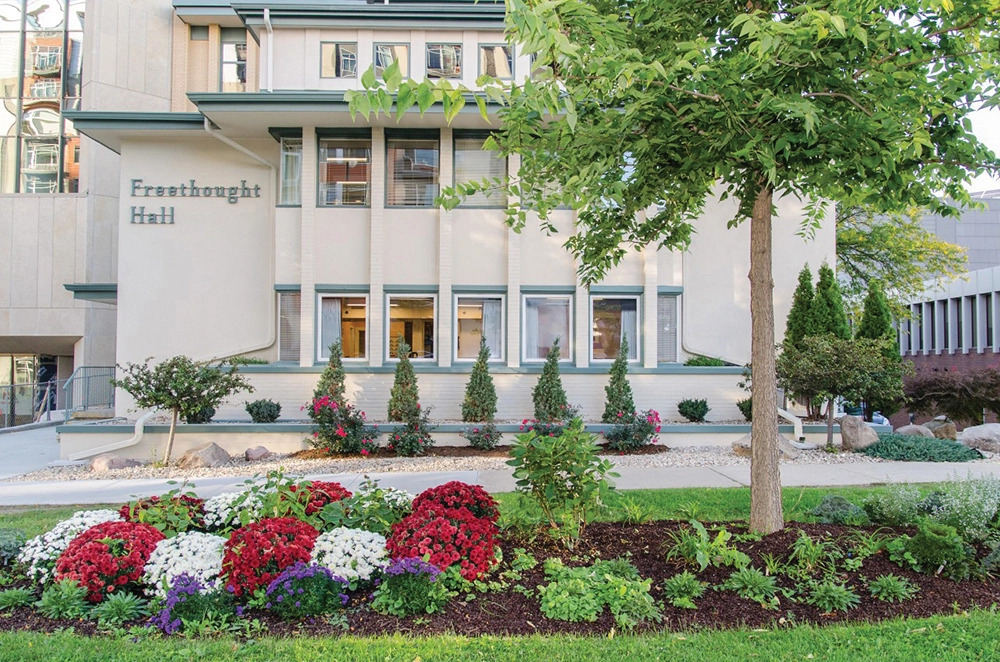 The spacious third-floor library is named for Joel Landon and Wanda Beers. Inside the library is a life-size, life-like silicone mannequin of Charles Darwin by artist Csam Wheatley. 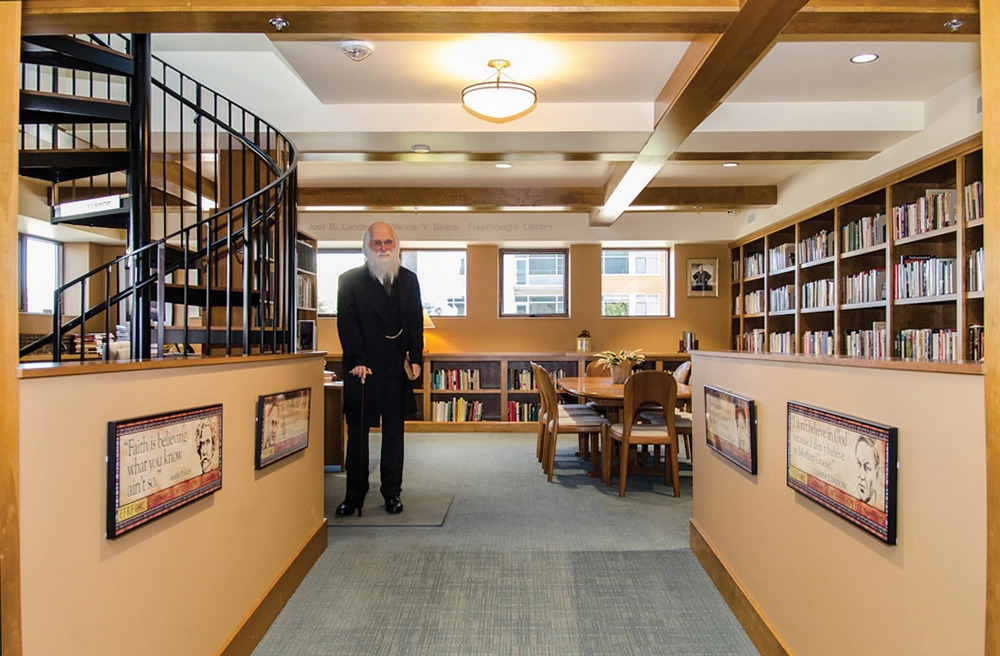 The addition’s fourth floor includes the Charlie Brooks Auditorium, which includes a stage, high ceiling, catering kitchenette and audio-visual accoutrements. A photo of Diane Uhl sits atop the concert grand Steinway piano, which she donated as part of her and Stephen’s amazingly generous gift.

The Kenneth Proulx “Above Us Only Sky” Cupola adjoins the auditorium and can be accessed by a spiral staircase from the library. The cupola provides a unique view of the Wisconsin State Capitol.

The lowest level of the building is the Henry Lonsdale “No Hell Below Us” floor, which includes FFRF’s mailing and sales departments. 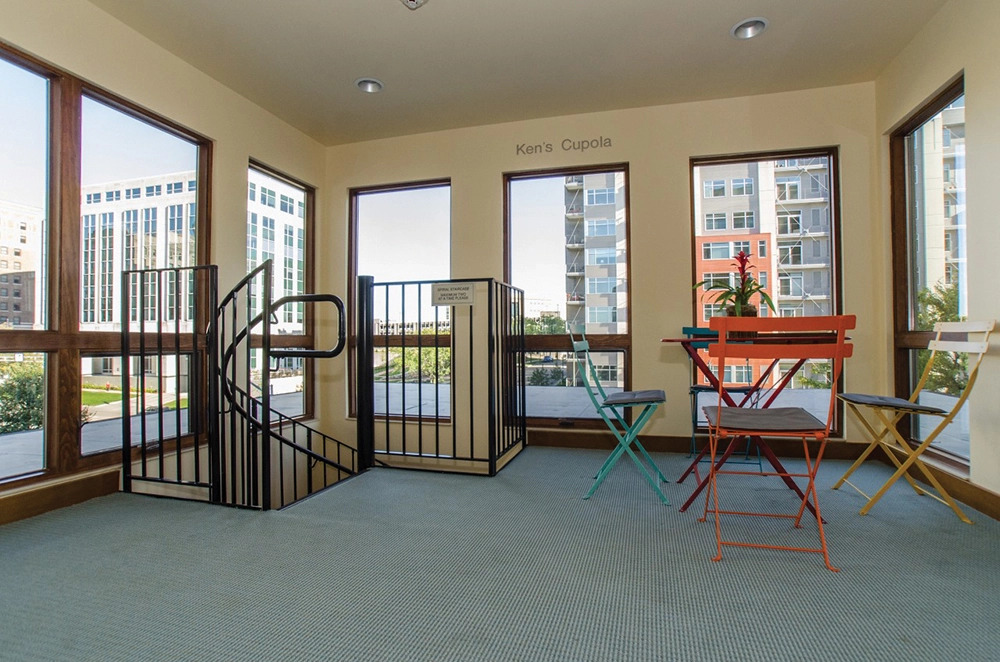 Outside, the Rose Zerwick Memorial Garden and Courtyard includes pavers with names of FFRF donors and also the impressive Atheists in Foxholes monument.

The cost of the expansion was more than $3 million, but fundraising and reserves covered the entire price tag, with no loans or mortgage outstanding. Outstanding, indeed!