There are 2 entries for this date: Mandisa Thomas and Richard Wright 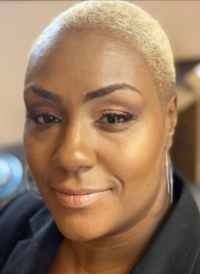 On this date in 1976, secular activist and atheist Mandisa Lateefah Thomas, née Dixon, was born in New York City. She was raised in a black nationalist household that wasn't religious, although some extended family members were and she sang in church choirs.

"I was exposed to Christianity, Islam and different forms of supernaturalism that is rampant in our community," she told Secular Woman in a 2013 interview. Mulling in her early teens what she believed, "I thought maybe I was 'spiritual but not religious' because I knew how Christianity was forced on blacks." Before long she ended up firmly in the atheist camp.

After moving in 1997 to Atlanta, she worked for several companies, including the Centers for Disease Control (CDC), where she stayed until 2018. In 2011 she co-founded Black Nonbelievers of Atlanta, with "Atlanta" later dropped after a decision to expand the organization. In 2013 she was one of the principal organizers for the Blackout Secular Rally that celebrated and featured atheists and nonbelievers of color and was held at Flushing Meadows Park in Queens, N.Y.

After leaving the CDC, she started working full-time as an activist. As president of Black Nonbelievers Inc., Thomas urged people to "come out and stand strong with their nonbelief. ... The more we make our presence known, the better our chances of working together to turn around some of the disparities we face. We are not alone."

As of this writing, Thomas serves on the board for American Atheists and is board nominating committee chair for the American Humanist Association. She previously held board positions with the Foundation Beyond Belief, the Secular Coalition for America and the 2016 Reason Rally Coalition. She was named the Unitarian Universalist Humanist Association’s 2018 Person of the Year and as a Freethought Heroine in 2019 by FFRF.

She regularly presents at conferences nationwide and has appeared on major media such as "CBS Sunday Morning" and CNN and has been featured in JET, Playboy and The Humanist magazines and other print and online media, including FFRF’s “Freethought Matters." Thomas and her husband Craig, who is also an atheist, were married in 2006 and live in the Atlanta area. They have three children.

"It once felt weird to identify as atheist, but I had to be honest with myself: At the end of the day I don’t believe in any gods at all." 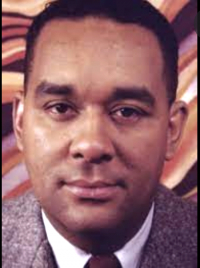 On this date in 1908, Richard Wright was born in Natchez, Mississippi, to Nathaniel Wright, a sharecropper, and Ella Wilson, a schoolteacher. Wright was raised primarily by his mother after his father abandoned the family when he was 5. Although he left school after the ninth grade to help support the family, it was apparent fairly early that he had writing talent.

He published his first short story, “The Voodoo of Hell’s Half-Acre,” in an African-American newspaper when he was 16. In 1927 he moved to Chicago and found work in the post office but had to resort to temporary jobs once the Great Depression descended on the U.S.

Wright rejected American capitalism and joined the Communist Party in 1932. He began publishing essays, short stories and poems in various left-leaning journals. In 1937 he moved to New York City, where he eventually became an editor for the Daily Worker and New Challenge. In 1938 and 1940 respectively, he published Uncle Tom’s Children and Native Son, two of his most prominent works. Wright married Dhima Rose Meadman in 1939 but they soon divorced. In 1941 he married Ellen Poplar, with whom he had two daughters.

He grew disillusioned with the Communist Party and left it in 1944. He continued to write, producing Black Boy, an account of his early experiences as an African-American, in 1945. Tired of the prevalence of blatant racism in the U.S., he and his family relocated to France in 1947. He remained there for the rest of his life and published several more works, though they did not achieve the same recognition as his earlier works. He died at age 52 of a heart attack in 1960.