The Case Against VouchersWhat Is A Freethinker
Back to: Nontracts & Brochures 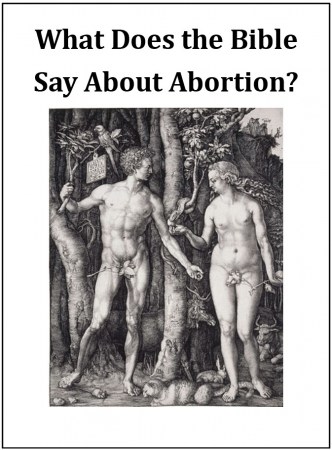 What Does The Bible Say About Abortion

What does the bible say about abortion: Absolutely nothing! The word "abortion" does not appear in any translation of the bible! Out of more than 600 laws of Moses, none comments on abortion. One Mosaic law about miscarriage specifically contradicts the claim that the bible is antiabortion, clearly stating that miscarriage does not involve the death of a human being. If a woman has a miscarriage as the result of a fight, the man who caused it should be fined. If the woman dies, however, the culprit must be killed:

"If men strive, and hurt a woman with child, so that her fruit depart from her, and yet no mischief follow: he shall be surely punished according as the woman's husband will lay upon him; and he shall pay as the judges determine. "And if any mischief follow, then thou shalt give life for life, Eye for eye, tooth for tooth . . ."--Ex. 21:22-25