Make Trouble - PAPERBACKFor Small Creatures Such As We
Back to: Books 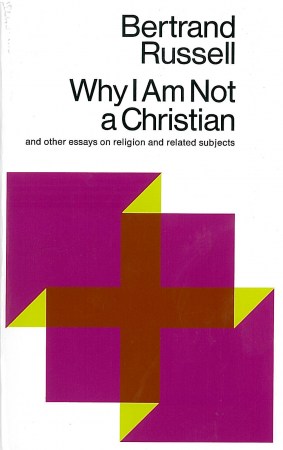 Why I Am Not a Christian

And Other Essays on Religion and Related Subjects

Devastating in its use of cold logic -The Independent. The classic essay collection that expresses the freethinker’s views to religion and challenges set notions in today’s society from one of the most influential intellectual figures of the twentieth century.

Dedicated as few men have been to the life of reason, Bertrand Russell has always been concerned with the basic questions to which religion also addresses itself—questions about man’s place in the universe and the nature of the good life, questions that involve life after death, morality, freedom, education, and sexual ethics. He brings to his treatment of these questions the same courage, scrupulous logic, and lofty wisdom for which his other work as philosopher, writer, and teacher has been famous. These qualities make the essays included in this book perhaps the most graceful and moving presentation of the freethinker's position since the days of Hume and Voltaire.