Faith VS FactThis Life
Back to: Books 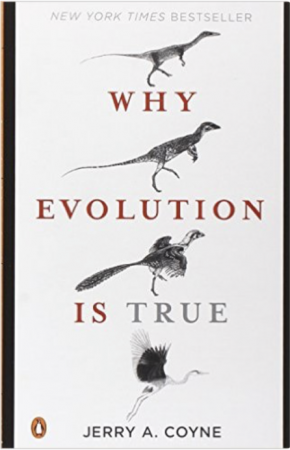 Why Evolution Is True

In the current debate about creationism and intelligent design, there is an element of the controversy that is rarely mentioned—the evidence. Yet the proof of evolution by natural selection is vast, varied, and magnificent. In this succinct and accessible summary of the facts supporting the theory of natural selection, Jerry A. Coyne dispels common misunderstandings and fears about evolution and clearly confirms the scientific truth that supports this amazing process of change. Weaving together the many threads of modern work in genetics, paleontology, geology, molecular biology, and anatomy that demonstrate the "indelible stamp" of the processes first proposed by Darwin, Why Evolution Is True does not aim to prove creationism wrong. Rather, by using irrefutable evidence, it sets out to prove evolution right.

Just Pretend
Just Pretend
One of the greatest skills children can learn is to think for themselves. They need to know how to...
Freethinker Mug
Freethinker Mug
White imprint on matte blue mug. American made.
Mere Morality
Mere Morality
What drives us to be good? How do we even know how to be good? Philosophers and theologians have...
White Too Long - PAPERBACK
White Too Long - PAPERBACK