One Woman's Fight DISCONTINUEDThis is what an ATHEIST looks like Unisex
Back to: Discontinued Items 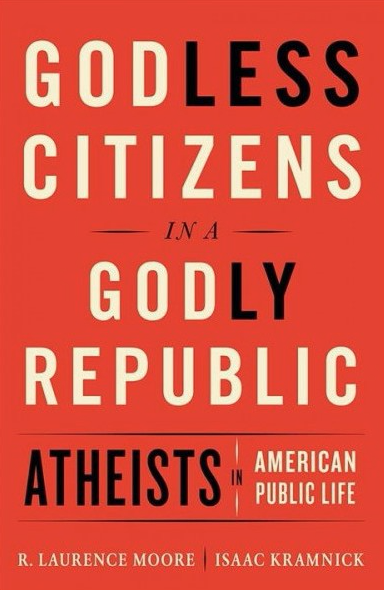 God occupies our nation’s consciousness, even defining to many what it means to be American. Nonbelievers have often had second-class legal status and have had to fight for their rights as citizens.

As R. Laurence Moore and Isaac Kramnick demonstrate in their sharp and convincing work, avowed atheists were derided since the founding of the nation. Even Thomas Paine fell into disfavor and his role as a patriot forgotten. Popular Republican Robert Ingersoll could not be elected in the nineteenth century due to his atheism, and the suffragette Elizabeth Cady Stanton was shunned when she questioned biblical precepts about women’s roles. Moore and Kramnick lay out this fascinating history and the legal cases that have questioned religious supremacy.