The Bible Told Them SoHumanists In The Hood
Back to: Books 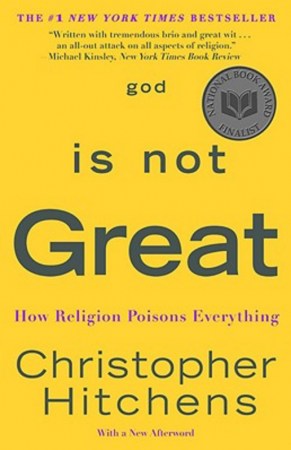 God is Not Great

How Religion Poisons Everything

With his unique brand of erudition and wit, Christopher Hitchens addresses the most urgent issue of our time: the malignant force of religion in the world. In this eloquent argument with the faithful, he makes the ultimate case against dogma (and for a more secular approach to life) through a close and learned reading of the major theological texts. Hitchens tells the personal story of his own dangerous encounters with religion and describes his intellectual journey toward a secular view of life based on science and reason. Whether you're a lifelong believer, a devout atheist, or someone who remains uncertain about the role of religion in our lives, this insightful book will engage you with its provocative ideas.