The Atheist's BibleThe Lord Was Not On Trial
Back to: Books & Lit 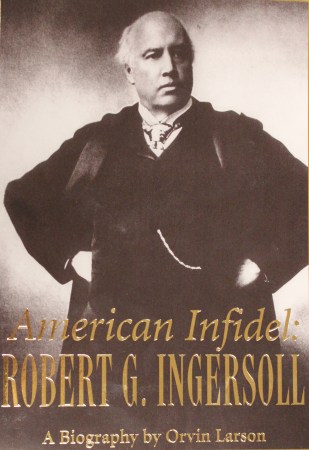 "No finer personality ever existed."
--Thomas A. Edison

"One of the bravest, grandest champions of human liberty the world has ever seen."
--Clarence Darrow

"Freedom was what he preached; he wanted the shackles off everywhere . . . He was a rare, bold, heroic figure."
--Robert M. La Follette, Wisconsin Governor, U.S. Senator