FFRF’s Strategic Response Team is a nimble squad that encapsulates FFRF’s two main purposes: to educate the public and keep state and church separate. It’s a bit of a renaissance team, but the usual work falls into four basic categories:

By its nature, a lot of SRT’s work is behind the scenes. But please know that FFRF’s Strategic Response Team is fighting for you.

Why hotel rooms have bibles & why that’s changing 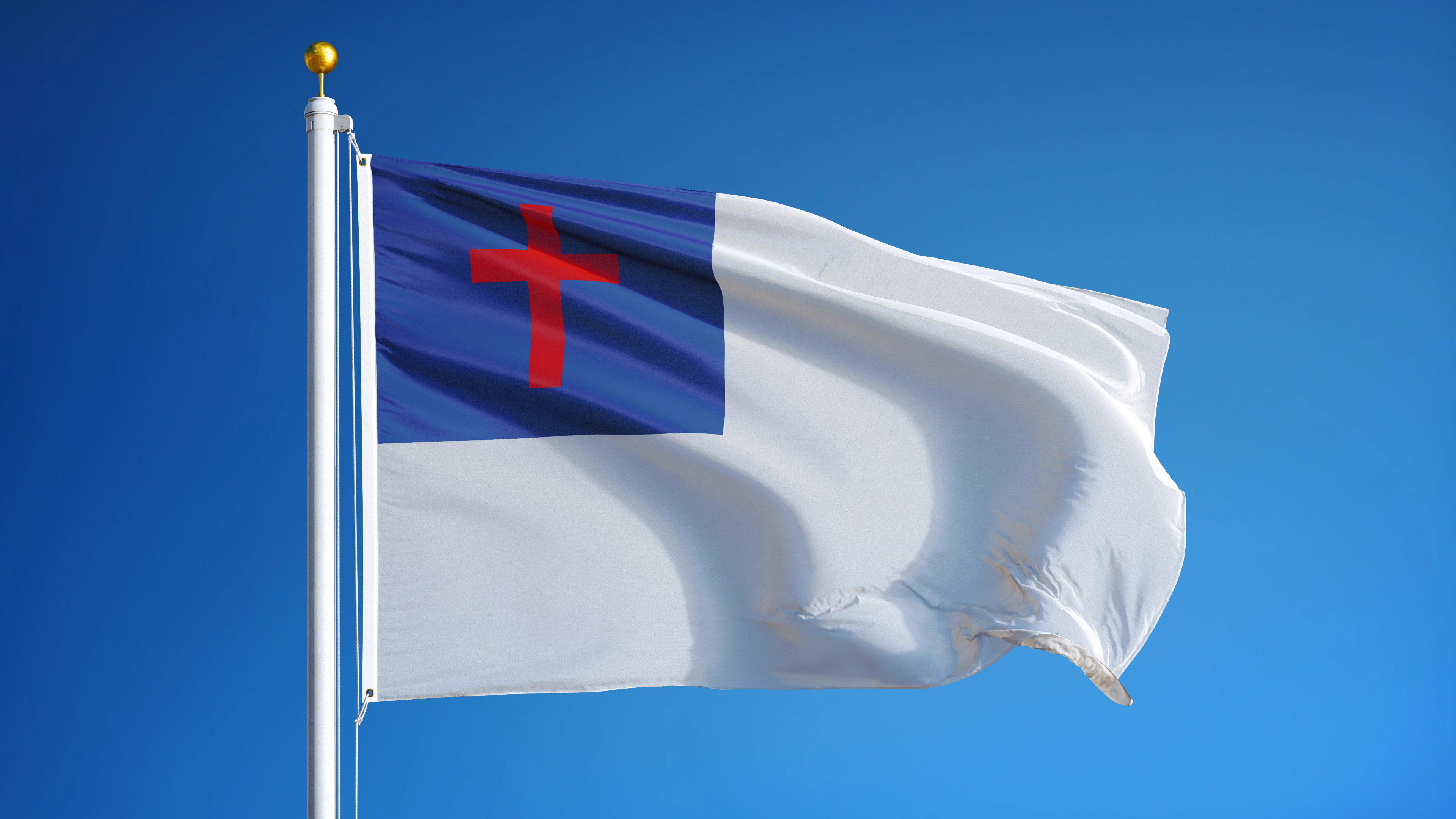 The U.S. Supreme Court today continued an ominous trend in agreeing to take an appeal regarding a demand that a Christian flag be flown over Boston City Hall.

The high court announced that it will hear the case, Shurtleff v. City of Boston, which will determine whether the city violated the free speech clause by refusing to fly a Christian group’s blatantly sectarian flag.

The organization, called Camp Constitution, had demanded that the city display the Christian flag, which features a blue rectangle in the corner with a blood-red Latin cross. This is the same flag that was paraded by Christian nationalists, intermingled with symbols of white supremacy, during the Jan. 6 Capitol insurrection, FFRF points out.

Today’s development signals there are at least four justices on the high court who disagree with the appeals court’s reasoning in the case, which held that flags on the city’s flagpoles constitute government speech. Therefore, the city is “entitled to select the views that it wants to express,” the 1st U.S. Circuit Court of Appeals ruled, quoting a 2009 Supreme Court case.

Boston’s City Hall has three flagpoles, one that flies the U.S. flag along with the POW/MIA flag, one that flies the Massachusetts flag and a third flagpole flying the city flag. Occasionally, another flag replaces the city flag with city approval for limited periods of time. The Supreme Court seems inclined to hand over that space for an obviously majoritarian religious display.

“The conservative justices who control the Supreme Court continue to take cases that advance Christian privilege,” warns FFRF Legal Director Rebecca Markert. “It is not clear why the court felt that this case merited a spot on the court’s limited docket.”

The composition of the plaintiffs’ team leaves much to be desired. Camp Constitution’s purpose is “to enhance understanding of the country’s Judeo-Christian moral heritage.” Liberty Counsel, which is representing the plaintiffs, is a Christian nationalist outfit that has been designated a hate group by the Southern Poverty Law Center.

“The Supreme Court’s action today is frankly shocking and alarming,” comments FFRF Co-President Annie Laurie Gaylor. “Boston is not a Christian city, and the United States is not a Christian nation. Clearly no American city ought to fly a Christian flag at its seat of government.”

Gaylor notes that the high court’s recent troubling actions, including its failure to help Texas women exercise their constitutional right to abortion and its shadow docket rulings privileging religion, show why court correction and reform is crucial if civil liberties are to survive the Trump high court.

FFRF had previously joined a friend-of-the-court brief supporting the city’s position and it is considering filing a brief with the Supreme Court. The state/church watchdog will host its 44th annual convention in Boston this November.

The Freedom From Religion Foundation is the nation's largest association of freethinkers (atheists, agnostics), and has been working since 1978 to keep religion and government separate.

AHA weighs in on abortion rights and capital punishment 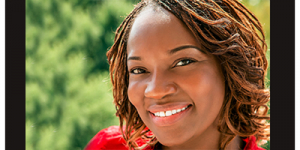 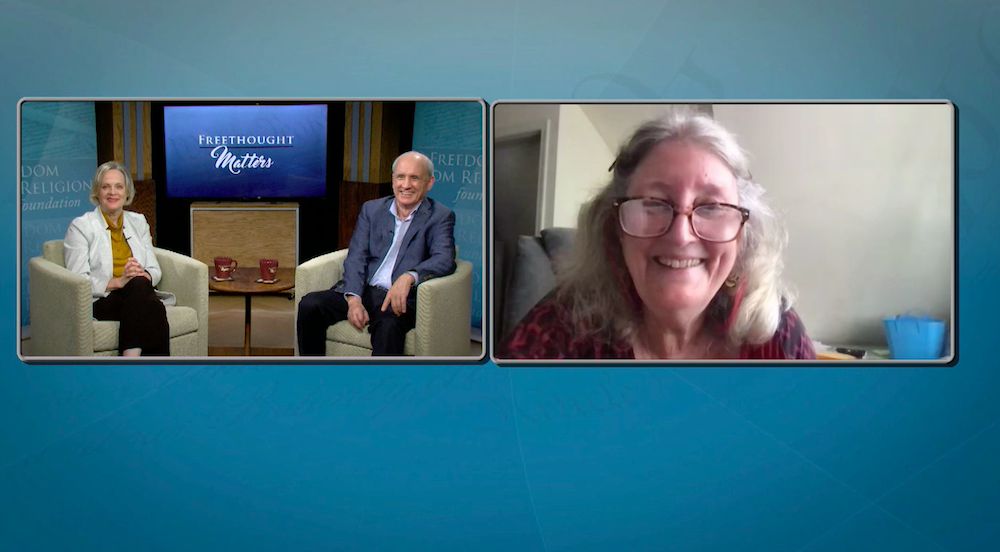 One of the nation’s foremost writers, freethinkers and feminists is the guest on the Freedom From Religion Foundation’s “Freethought Matters” TV show this Sunday.

Katha Pollitt has been writing a National Magazine Award-winning column for The Nation since 1995. She’s the author of several books, including Atlantic Traveler (recipient of the National Book Critics Circle Award), Subject to Debate, Virginity or Death!, Learning to Drive (adapted into a movie with Patricia Clarkson and Ben Kingsley) and, most recently, Pro: Reclaiming Abortion Rights. Pollitt, who has been honored by FFRF a number of times, is an atheist who has eloquently termed religion “a farrago of authoritarian nonsense, misogyny and humble pie — the eternal enemy of human happiness and freedom.” During the interview, Pollitt addresses the religious roots of the war against abortion, overpopulation and the plight of Afghan women.

“Being against abortion is connected to anti-feminism, which all these patriarchal religions are against,” Pollitt tells “Freethought Matters” co-hosts Dan Barker and Annie Laurie Gaylor. “And so the idea that a woman should be able to make up her mind about what happens in her body is not something that they are happy about.”

The episode will be airing in over a dozen cities on Sunday, Oct. 3. If you don’t live in the quarter-plus of the nation where the show broadcasts on Sunday, you can already catch the interview on the “Freethought Matters” playlist on FFRF’s YouTube channel. New shows go up every Thursday. You can also receive notifications when we post new episodes of “Freethought Matters” by subscribing to FFRF’s YouTube channel.

Coming shows this season include interviews with Professor Ryan Burge (a leading expert in the rise of the “Nones”) and journalist Charlotte Dennett, co-author of Thy Will Be Done: The Conquest of the Amazon: Nelson Rockefeller and Evangelism in the Age of Oil and author of The Crash of Flight 3804: A Lost Spy, A Daughter’s Quest, and the Deadly Politics of the Great Game for Oil.

“Freethought Matters” had an array of impressive guests last season. These included: pundit Eleanor Clift, actor and FFRF After-Life Member John de Lancie of “Star Trek” “Q” fame, Professor Steven Pinker, one of the most eminent global public intellectuals, and A.C. Grayling, a prominent British philosopher and the author of about 30 books, who grappled on the show with philosophy and the pandemic. The show launched its new season in early September with clips from the best past interviews on the program. Subsequently, it featured an interview with famed evolutionary biologist Richard Dawkins. Two weeks ago, the show focused on a secular public education lawsuit that’s become a historic milestone, and last week it offered answers on how nonreligious people should deal with death.

FFRF’s dynamic Congressional scoring system allows the public to see who are champions of the separation of state and church and the rights of nonbelievers. The scoring system uses real-time data to update scoring based on cosponsoring and voting on key pieces of legislation, and joining the Congressional Freethought Caucus.

Sponsorship or co-sponsorship of three key bills—the Equality Act (adding gender identity and sexual orientation as protected classes under the Civil Rights Act), the Do No Harm Act (limiting RFRA so that it cannot be used to infringe on others’ rights), and the Women’s Health Protection Act (guaranteeing access to reproductive healthcare, pre-empting religiously based anti-choice state laws)—are worth 20 points each, for 60 possible points.

Four floor votes in favor of state/church separation—to pass (1) the Equality Act, (2) the Women’s Health Protection Act, (3) the No BAN Act (prohibiting religiously based travel bans), and opposing (4) House Amendment 83 on H.R. 4502 (allowing vast Trump religious exemptions to continue )—are worth 15 points each, for 60 possible points.

NOTE: non-voting House Members (those representing Washington, D.C. and U.S territories) may receive a higher score because they automatically receive full points for all votes. This is necessary due to technological limitations, as otherwise the results would unfairly deflate scores for Members who are strong state/church champions but cannot cast House votes.

Membership in the Congressional Freethought Caucus is worth 15 points.

Thus, the total number of possible points is 135. Each House member is graded according to this criteria on a percentage basis, rounded to the nearest tenth of a percentage point—e.g. 135 points is 100%, 120 points is 88.9%, etc. 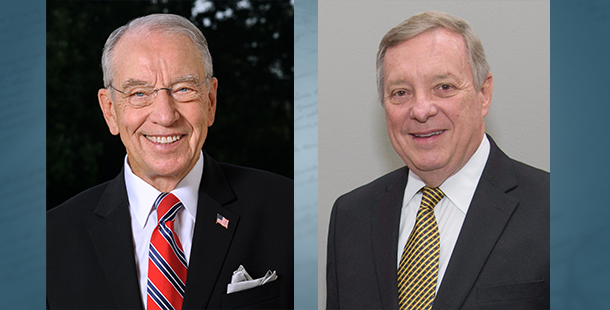 Expand and rebalance the federal judiciary, the Freedom From Religion Foundation is appealing to the U.S. Senate.

The Senate is holding a hearing tomorrow, Wednesday, Sept. 29, about the infamously anti-abortion Texas law, which the Supreme Court failed to enjoin, and the Supreme Court’s recent abuse of the shadow docket. Both are symptoms of a deeper sickness on this court, FFRF stresses. Without a true cure, these symptoms will recur and others will manifest.

“The deeper malady is a federal judiciary that has already been stacked with ideologues who were handpicked by shadowy interest groups for their extremist and Christian nationalist credentials, including their commitment to overturning Roe v. Wade,” FFRF Co-Presidents Dan Barker and Annie Laurie Gaylor write to Sens. Dick Durbin and Chuck Grassley, chair and ranking member, respectively, of the Senate Judiciary Committee.

President Trump’s appointments now make up one-third of the federal judiciary, including a third of the Supreme Court, FFRF underscores. Court expansion is the only way to correct the damage done to the Supreme Court after Sen. Mitch McConnell (then Senate majority leader) stole two seats. The courts are already “packed.”

The shadow docket in the previous presidential term began to look like collusion between Trump justices and the Trump administration, FFRF points out. In four years, President Trump’s administration made 41 requests of the shadow docket and prevailed in 28. In contrast, only eight requests were filed in the 16 previous years spanning the two terms of both George W. Bush and Barack Obama — and they only won four. The recent further abuse of the shadow docket during President Biden’s tenure has shown that five justices, including all of the Trump justices, have already made up their minds on many important issues.

The right-wing lurch of the Supreme Court must be corrected, FFRF emphasizes. Several strong bills have been introduced that would, together, expand the entire judiciary, including the Supreme Court, and would create ethical mandates for Supreme Court justices, which are currently sadly lacking, FFRF reminds the Judiciary Committee.

“Allowing a small group of hyperconservative extremists and theocrats to rewrite constitutional law jeopardizes the fundamental rights of every American,” FFRF’s letter concludes. “Court reform, expansion and rebalance is the way to restore public confidence in the judiciary, and to preserve myriad hard-fought human and civil rights.”

The testimony is being submitted on behalf of the Freedom From Religion Foundation (FFRF) and its 35,000 secular members. FFRF is a national nonprofit organization with members in all 50 states, Washington, D.C., and Puerto Rico. Its purposes are to protect the constitutional separation between state and church, and to educate the public about nontheism.