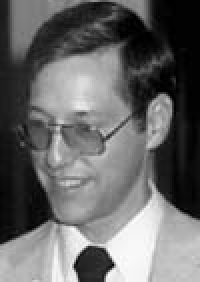 Stephen VanZandt, a Foundation member, was principal plaintiff, joined by the Freedom From Religion Foundation, in a 1986 federal lawsuit challenging the placement of a chapel in the state capitol in Springfield, Illinois. TV evangelist Marion (Pat) Robertson exhorted legislators to establish the chapel during a prayer breakfast in Springfield in 1985. The Illinois House passed enabling legislation in a resolution filled with religious references, referring to a place "where its members may seek God, the comfort of His presence, the light of His guidance, and the strength of His love..."

In December 1986, U.S. District Court Judge Marvin E. Aspen of the Northern District of Illinois, Eastern Division, ruled in favor of VanZandt and the Foundation, stating that the allocation of space for the chapel had violated at least the first two prongs of the three-pronged Lemon test. Wrote Aspen: "The wisdom of the First Amendment is that it mandates that the state protect all religious practice but at the same time requires that it not support any individual faith or religion collectively." After Steve was recognized by the Foundation for his First Amendment victory, a three-judge federal panel of the U.S. Seventh Circuit Court of Appeals in Chicago unexpectedly reversed the lower court ruling on Jan. 29, 1988, declaring that the prayer room had a "secular purpose"!