The Rise of the “Nones” focus of FFRF Sunday TV show 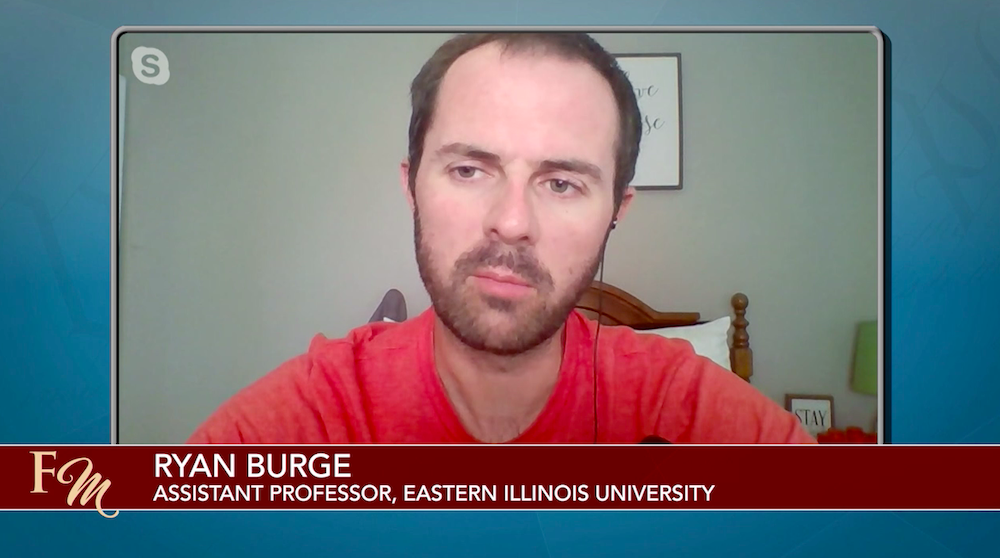 The Freedom From Religion Foundation’s “Freethought Matters” show this Sunday talks about the spectacular rise of the “Nones” — those of us with no religious affiliation.

The interview guest Ryan Burge, a professor of political science at Eastern Illinois University, specializes in religious demographics. He’s the author of the new book The Nones: Where They Came From, Who They Are and Where They Are Going. Perhaps surprisingly, Burge has also been a pastor in the American Baptist Church for more than 13 years.

“I’m always interested in when things changed, like when things flipped from being more religious to less religious and what generation got caught up in that,” Burge tells “Freethought Matters” co-hosts Dan Barker and Annie Laurie Gaylor. “And if you look at Gen X, it’s interesting because on almost every dimension, they look a lot more like their boomer parents than they look like Millennials. So you really see this huge drop off between Gen X and Millennials.”

The episode will be airing in over a dozen cities on Sunday, Oct. 10. If you don’t live in the quarter-plus of the nation where the show broadcasts on Sunday, you can already catch the interview on the “Freethought Matters” playlist on FFRF’s YouTube channel. New shows go up every Thursday. You can also receive notifications when we post new episodes of “Freethought Matters” by subscribing to FFRF’s YouTube channel.

Coming shows this season include interviews with renowned intellectual Professor Steven Pinker on his new book, Rationality, and with investigative journalist Charlotte Dennett (sister of philosopher Daniel C. Dennett), co-author of Thy Will Be Done: The Conquest of the Amazon: Nelson Rockefeller and Evangelism in the Age of Oil and related books.

The show launched its fall season in early September with clips from the best past interviews on the program. Subsequently, it featured an interview with famed evolutionary biologist Richard Dawkins. A few weeks ago, the program focused on a landmark Supreme Court case against religious indoctrination in public schools, and two weeks ago it offered answers on how nonreligious people should deal with death. Last week, the interview was with FFRF Honorary Director Katha Pollitt, one of the nation’s foremost writers, freethinkers, atheists and feminists.