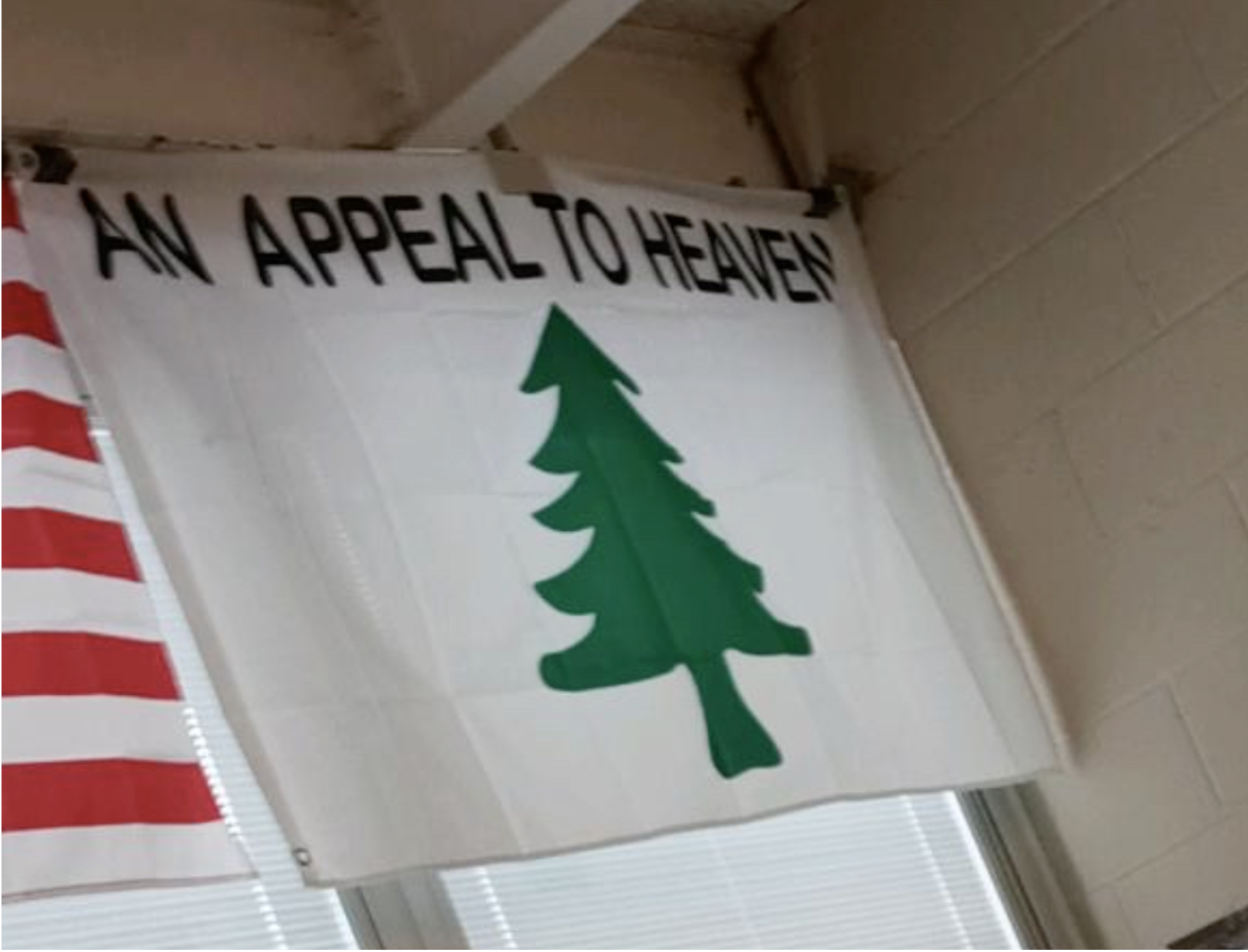 A religious flag was promptly yanked from an Ohio public school classroom after a complaint by the Freedom From Religion Foundation.

A concerned parent informed the state/church watchdog that a social

A religious flag was promptly yanked from an Ohio public school classroom after a complaint by the Freedom From Religion Foundation.

A concerned parent informed the state/church watchdog that a social studies teacher at Creekside Middle School had been displaying a flag that said: “Appeal to Heaven.” The “Appeal to Heaven” flag is associated with the Appeal to Heaven movement. Members of the Appeal to Heaven movement, in their own words, “honor the Lord by networking elected officials who are believers in Jesus Christ, who regularly attend and display a commitment to an evangelical, Gospel-centered church and who will commit to live and govern based on biblical . . . principles.” It was also reported that the teacher had spoken about their faith to students as well.

FFRF Staff Attorney Christopher Line wroteFairfield City School District Superintendent Billy Smith that “courts have continually held that school districts may not display religious messages or iconography in public schools,” as shown in Stone v. Graham, and Lee v. York County. Displaying religious symbols alienates not only non-Christian students, parents, and teachers, but also the 38 percent of young people who are nonreligious, FFRF stressed. The school district had a constitutional obligation to stay neutral in matters of religion, FFRF concluded, asking it to remove the flag immediately.

FFRF is delighted that the superintendent and school district took action so quickly and understood the importance of the separation of state and church in public schools.

“We’re pleased the superintendent has responded with alacrity to educate its staff and provide a lesson on why religious indoctrination and rituals may not be part of the classroom,” says FFRF Co-President Annie Laurie Gaylor.

The Freedom From Religion Foundation is a nationwide nonprofit organization that represents more than 35,000 members and 20 chapters across the country, including over 900 members and a chapter in Ohio. FFRF’s purposes are to protect the constitutional separation between church and state, and to educate the public on matters relating to nontheism.