Donohue says to ‘trash’ faith-based office for meeting with atheists 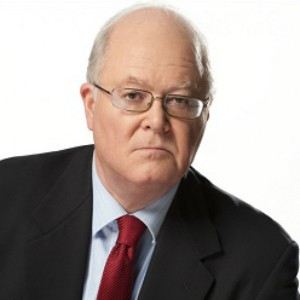 The irony is delicious.

But ... saints preserve us! This week Donohue wrote a piece saying that Biden should “do us all a favor and simply trash this office.”

What caused this startling pronouncement? The fact that the White House Office of Faith-Based and Neighborhood Partnerships had the graciousness to meet with FFRF and five other secular organizations. That meeting was set up by the Secular Coalition for America last Friday. Donohue apparently learned of it thanks to after-the-fact coverage by the Religious News Service.

Fumes blowhard Donohue: “None of them are religion-friendly and some are positively militant in their agenda […] If the Biden administration is going to manipulate the founding purpose of faith-based initiatives by welcoming the advice of militant secularists, it would do us all a favor and simply trash this office. It is obviously a bust.”

In short, according to Donohue, governmental offices that are not bigoted toward nonbelievers must be abolished. Donohue also complained that our groups have falsely accused the Trump administration of fomenting Christian nationalism, which Donohue termed a “fiction.” Yeah, right.

FFRF didn’t just protest Bush’s creation of the faith-based offices. We filed suit. After a district court ruled that we had no “standing” or right to sue over this executive action, FFRF appealed that dismissal to the U.S. 7th Circuit Court of Appeals, which ruled in our favor:

“By forbidding Congress to establish a national church, the Establishment Clause places a specific limitation on Congressional appropriations, since the essence of an established religion is government financial support,” wrote U.S. District Judge Richard A. Posner, joined by Judge Diane P. Wood. Posner questioned that if taxpayers don’t have the right to sue over such an office, nor would they have the right to sue if the White House decided to spend a small amount of its total budget on building a mosque.

Our case was remanded to the district level to be heard on its merits, but the Bush Administration appealed our win to the U.S. Supreme Court. Unfortunately, between the time we began the lawsuit and the Supreme Court accepted it, Sandra Day O’Connor had retired. This important, moderate swing voter was replaced by Samuel Alito. Nuff said. In a 5-4 decision issued in 2007, Hein v. FFRF, we lost the case on standing — not on the merits, which were not addressed. That Supreme Court decision essentially declared that no citizen would have the right to sue the president or an executive for using discretionary money for religious purposes.

Our position that it is unconstitutional for governmental bodies and agencies to create faith-based offices is unchanged — even when they are called “Faith-Based and Neighborhood Partnerships.” But FFRF is pleased, unlike Donohue, that the Biden White House, when announcing its version of this office, said it “will not prefer one faith over another or favor religious over secular organizations.” Biden has created a very different office than what was envisioned by Bush — and that appears to be the rub for Donohue.

FFRF and each of the five other secular groups in attendance expressed our sincere thanks to the director Melissa Rogers and other staff for meeting with us, and for acknowledging the concerns of the quarter of the U.S. population today that is not religious.

All we can say about Donohue’s pronouncement is that religion, not just politics, certainly makes strange bedfellows.