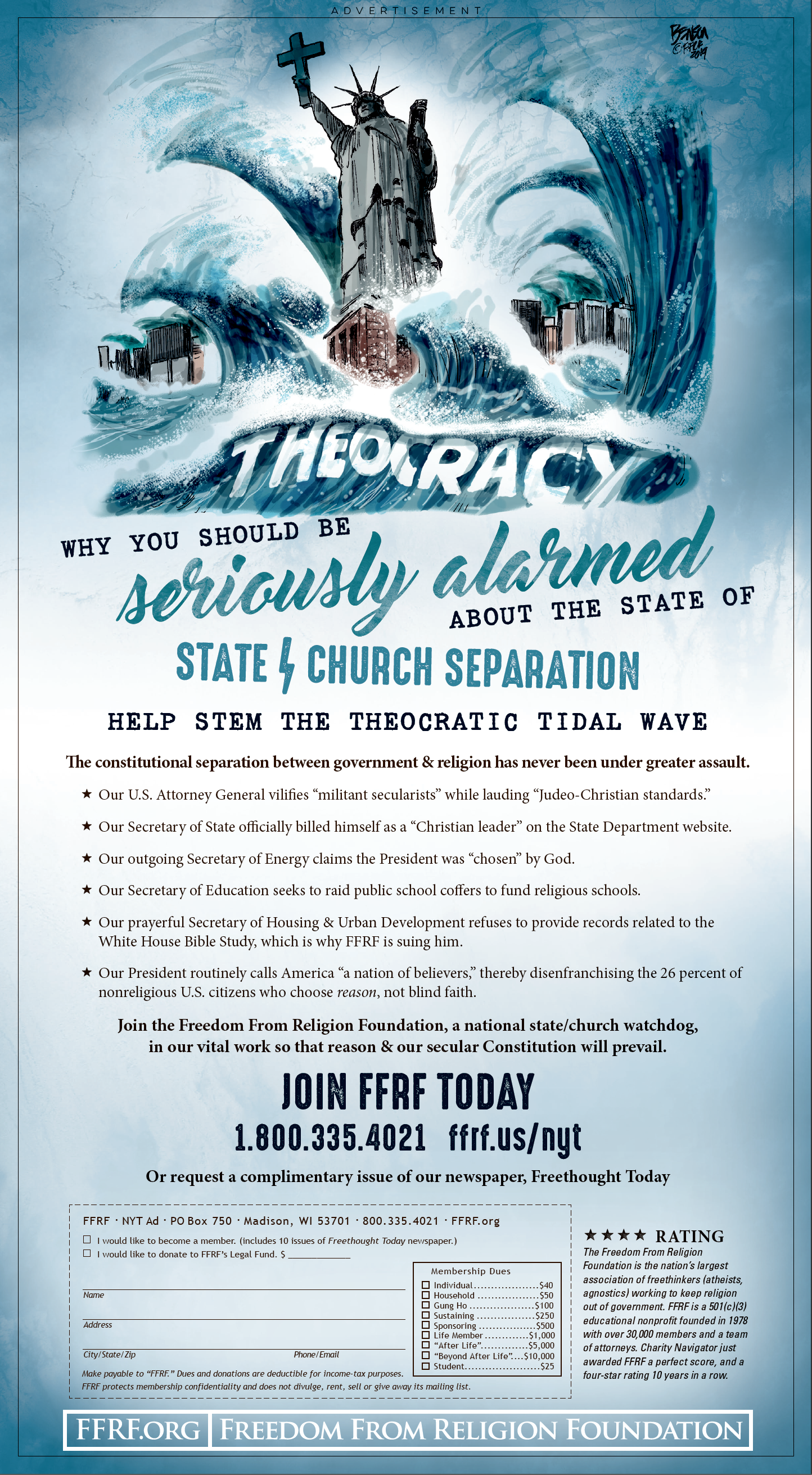 The Freedom From Religion Foundation is running a dramatic full-page ad this week in The New York Times warning that a theocratic deluge could drown us. The ad will likely appear on Thursday, Dec. 5.

The striking ad has a stark depiction of the Statue of Liberty holding a cross while large waves labeled “Theocracy” surround her and overwhelm buildings. The image is drawn by Pulitzer Prize-winning cartoonist Steve Benson. “Help stem the theocratic tidal wave,” FFRF’s ad urges.

“The constitutional separation between government & religion has never been under greater assault,” the ad warns. It lists problematic deeds and quotes by top Trump administration officials, including the president himself, that threaten to undermine this country’s secular foundations. These include Attorney General William Barr vilifying “militant secularists” while lauding “Judeo-Christian standards” and Secretary of State Mike Pompeo billing himself as a “Christian leader” on the State Department website.

“Join the Freedom From Religion Foundation, a national state/church watchdog, in our vital work so that reason & our secular Constitution will prevail,” the ad concludes.

“Our constitutional right to a secular government has never before been in danger of being so engulfed,” says Annie Laurie Gaylor, FFRF co-president. “We will fight to the utmost to ensure that reason and our secular Constitution endure.”

The ad includes a coupon at the bottom enabling people to become members or supporters of the state/church watchdog organization. The Freedom From Religion Foundation, a national nontheistic group with more than 30,000 members and several chapters all over the country, has received a four-star rating plus a “perfect score” this year from Charity Navigator as a carefully run nonprofit.