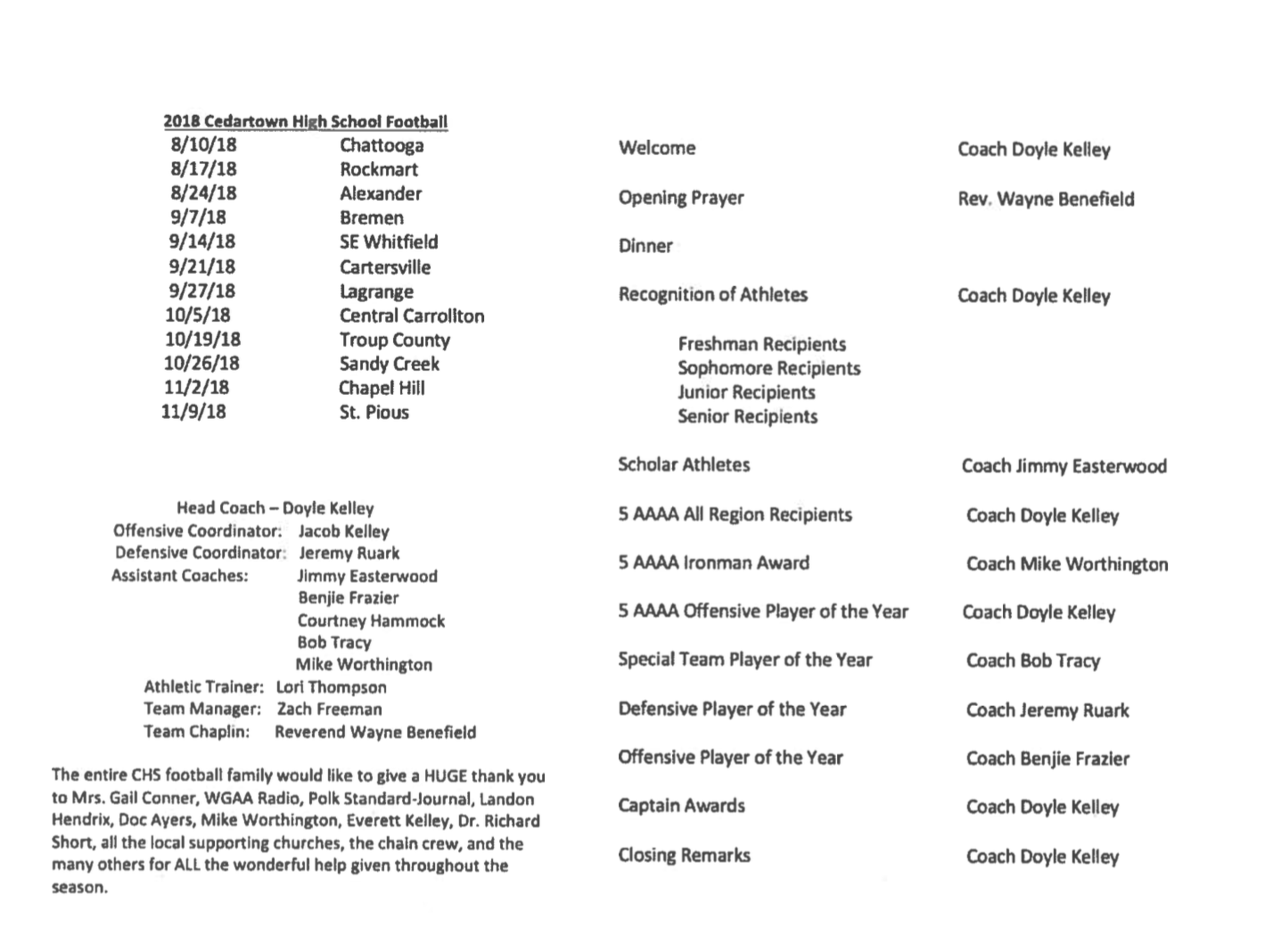 A Cedartown High School coach and an official team chaplain will cease leading prayers with the football team following a letter of complaint from the Freedom From Religion Foundation.

In March, Cedartown High School football coach Doyle Kelley delivered an alarming sermon at the Georgia Statehouse where he discussed how people who do not adhere to his particular brand of religion would be tortured in hell for eternity. Given that Kelley abused his position as “chaplain of the day” to promote his personal religion, FFRF submitted an open records request to find out if he was similarly abusing his position at Cedartown High School. The records unsurprisingly confirmed FFRF’s concerns, indicating that Cedartown High School has an official team chaplain, the Rev. Wayne Benefield, who prays with the team.

It is well-settled law that public school employees may not pray with their students, as it constitutes a government endorsement of religion, FFRF reminded the district.

“We ask that the district take immediate action to end any official chaplaincy program at Cedartown High School and ensure that school-sponsored events do not include scheduled prayer,” FFRF Legal Fellow Chris Line wrote to district Superintendent Laurie Atkins. “We further request that all coaches be reminded that they may not promote religion while acting in their official capacity, nor enlist an outside adult to do the same.”

The district has taken action to inform the coach and the school principal that the chaplaincy program is to “cease immediately.” Additionally, Atkins has ensured that “district and school personnel have a clear understanding that no staff member, nor non-school-affiliated adult, is allowed to promote or endorse religion to students.”

FFRF applauds the district for thoroughly addressing this violation.

“FFRF is very pleased with the district’s prompt response to this issue,” comments FFRF Co-President Annie Laurie Gaylor. “We commend the district on its commitment to upholding the rights of conscience of its students and community members.”

The Freedom From Religion Foundation is a national nonprofit organization with more than 31,000 members and several chapters across the country, including over 500 members and a chapter in Georgia. FFRF’s purposes are to protect the constitutional principle of separation between church and state, and to educate the public on matters relating to nontheism.