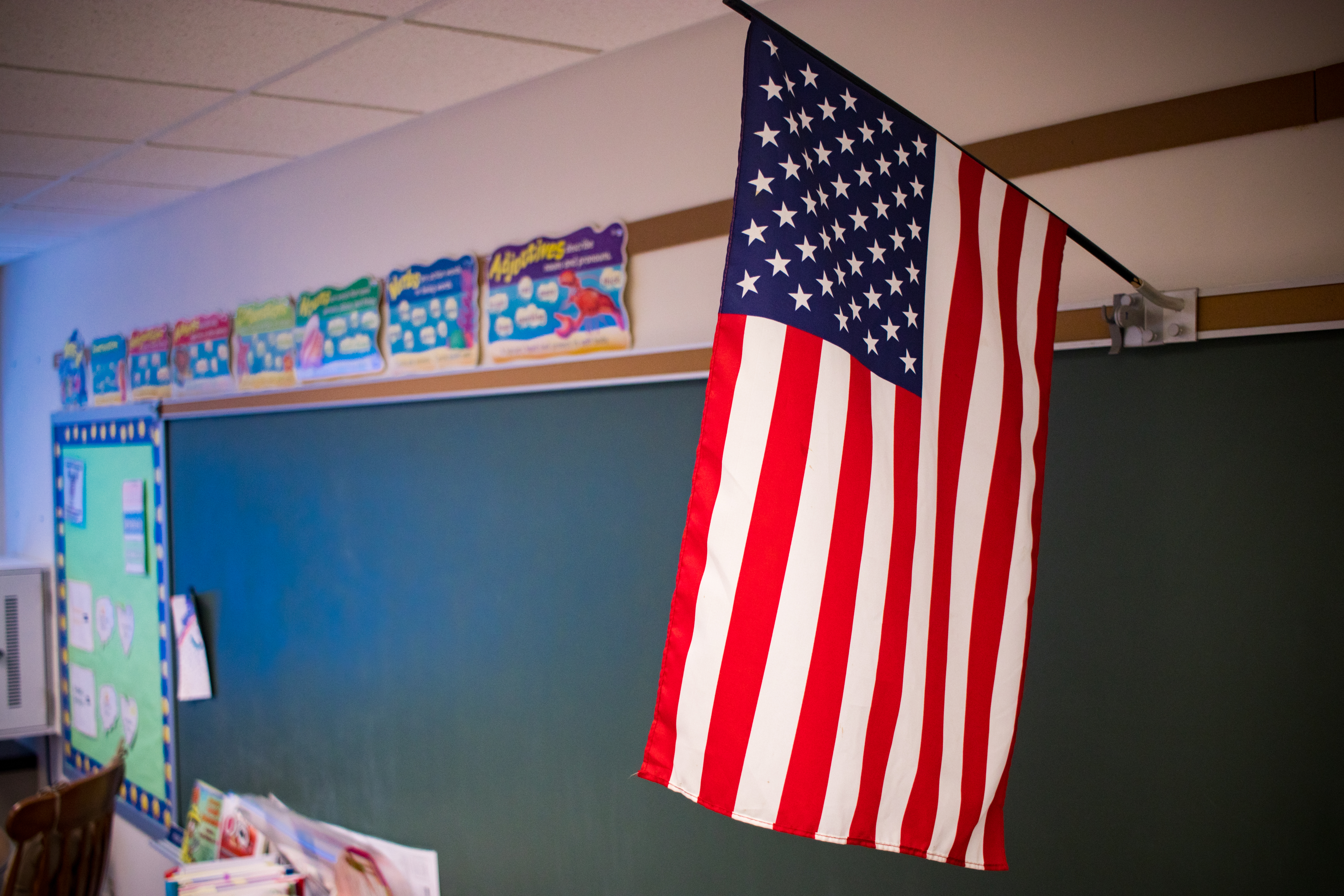 A Pennsylvania school district has removed a godly broadcast tagged on to the Pledge of Allegiance after the Freedom From Religion Foundation advised it to do so.

A concerned Springfield School District parent informed FFRF that Sabold Elementary School had been proclaiming “God Bless America” over the loudspeaker following the Pledge of Allegiance each morning.

The Establishment Clause in the First Amendment to the U.S. Constitution prohibits government sponsorship of religious messages, FFRF reminded the school district. This constitutional mandate is stronger within the context of our public schools.

“The repeated recitation of a religious message in the school setting violates the Establishment Clause of the First Amendment, which prohibits public schools from advancing, supporting or promoting religion,” FFRF Legal Fellow Chris Line wrote to Superintendent Anthony Barber. “‘God Bless America’ is a prayer. The song that the phrase originates from begins, ‘As we raise our voices in a solemn prayer.’ A prayer hosted by a publicly supported school does not pass constitutional muster.”

And to broadcast such a prayer each morning in school is highly exclusionary, FFRF pointed out. When a public school regularly proclaims, “God Bless America,” it sends a message to its students that the school is endorsing and compelling belief in God. This excludes the 38 percent of Americans born after 1987 — i.e., the district’s students — who are not religious. Courts have observed that young students are particularly prone to believing that a religious message is school-endorsed. Since this is taking place in an elementary school, the district must consider how the messages it sends are perceived by its youngest, most impressionable students, who are a captive audience.

“After the school district’s receipt of your letter, Sabold Elementary School has ceased its practice of announcing the slogan ‘God Bless America’ over the loudspeaker immediately following the recitation of the Pledge of Allegiance,” the school district’s legal counsel recently wrote back. “None of the schools in the school district currently engage in this practice.” The state/church watchdog is pleased by the quick effect of its advice.

However, Gaylor adds, FFRF receives constant complaints over the addition of “under God” into the previously secular Pledge of Allegiance. The pledge was tampered with in 1954. Unfortunately, attempts to litigate this addition into the pledge, which equates piety with patriotism, have been unsuccessful. That is why FFRF’s complaint letter focused on the “ad hoc” godly slogan appended to the Pledge at Sabold Elementary School.

The Freedom From Religion Foundation is a national nonprofit organization with more than 31,000 members and several chapters across the country, including over 900 members and a chapter in Pennsylvania. Its purposes are to protect the constitutional principle of separation between state and church, and to educate the public on matters relating to nontheism.

Photo Via Shutterstock By Tom DeCicco